The Blair boys tennis team (5-4) swept Northwood Gladiators (2-8) 7-0 to improve to a winning record. Despite blustery winds and patches of rain, the weather did not distract the team as they crushed the Gladiators. The team also missed key Sophomore players due to the Blair Magnet trip to Wallops Island.

Blair was able to wrap the game up with strong singles play, with each of the four singles players winning every set 6-0. Freshman David Witten, who usually plays doubles was the last singles player to finish, but eventually swept each set. Witten said that he had to alter his style to both adapt to singles play and his opponent.

Witten was able to dictate the pace of the game by playing more conservatively and placing his shots well. He quickly jumped out to an early 6-0 set win, but in the second set he had to settle for a few points dropped. 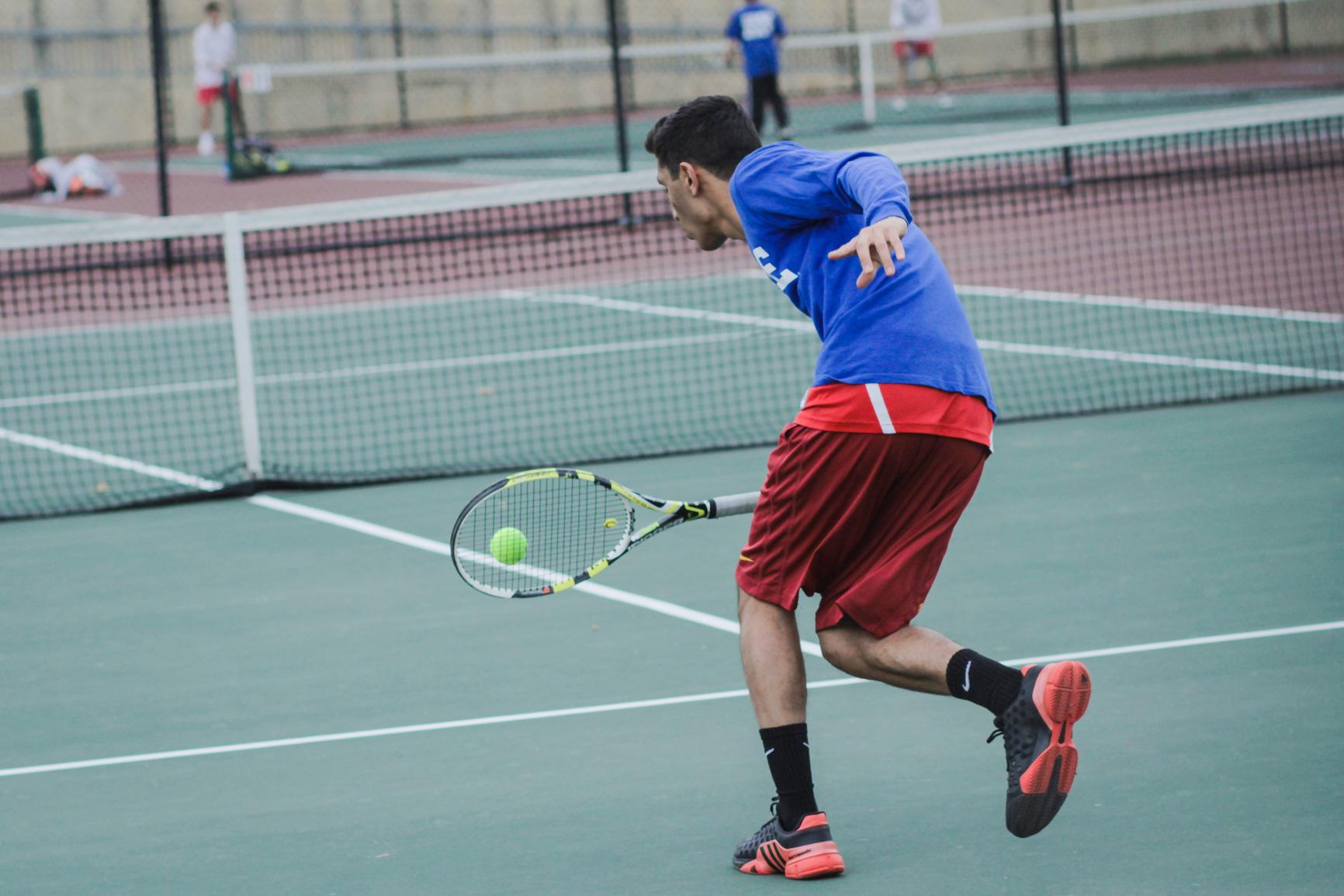 Photo: Senior Ishaan Parikh volleys a ball back across the court.

Photo: Senior Ishaan Parikh volleys a ball back across the court. Photo courtesy of Ben Lickerman.

Witten said that he had to adjust to a different style match. "You have to get every shot. In doubles you can rely on your teammate and there is a lot of communication, but in singles it's your own game,” he said. Witten also said that facing a weaker opponent changed his shot selection. "Since they're a lower division I played more conservatively than I normally would,” he said.

Doubles partners Alex Wang and Andrew Komo who dominated the match by a score of 6-0 and 6-1 said that facing an opponent like Northwood results in unpredictable shots. "Sometimes they are really unpredictable. Like if you play an inexperienced player they put it in very random places,” said Wang. "At least with people who have played a while they know that they want to hit a certain shot when you are in the wrong position,” he said. 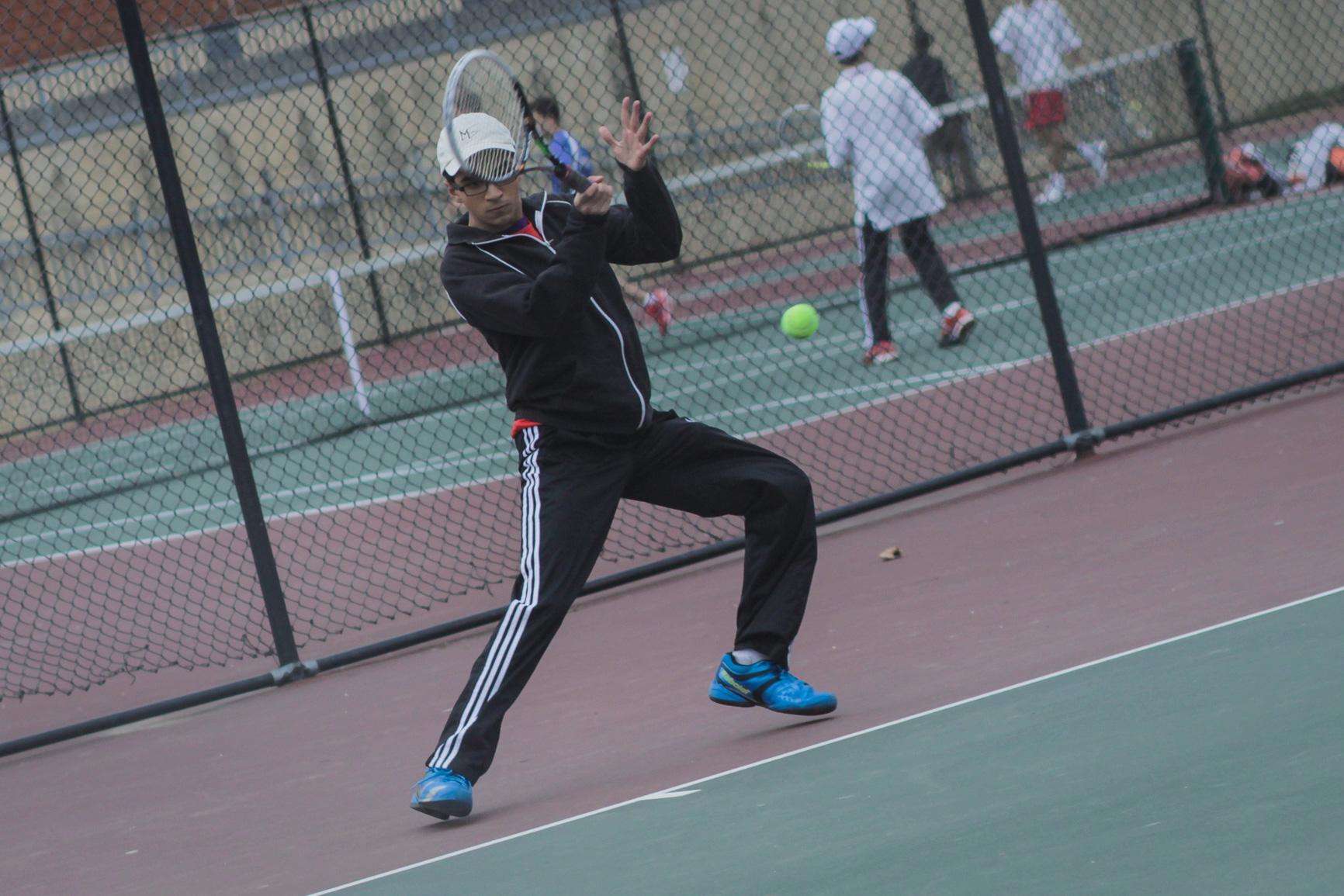 Although the boys beat Northwood handedly, they recognize that they can still improve aspects of their game. Witten said that he wants to be more aggressive and to attack more, and the doubles pair wants to have more effective volleys at the net.

Despite the weaker opponent, Witten was excited for Blair's victory against local rivals Northwood. "I went out and we won the boulevard,” he said confidently.