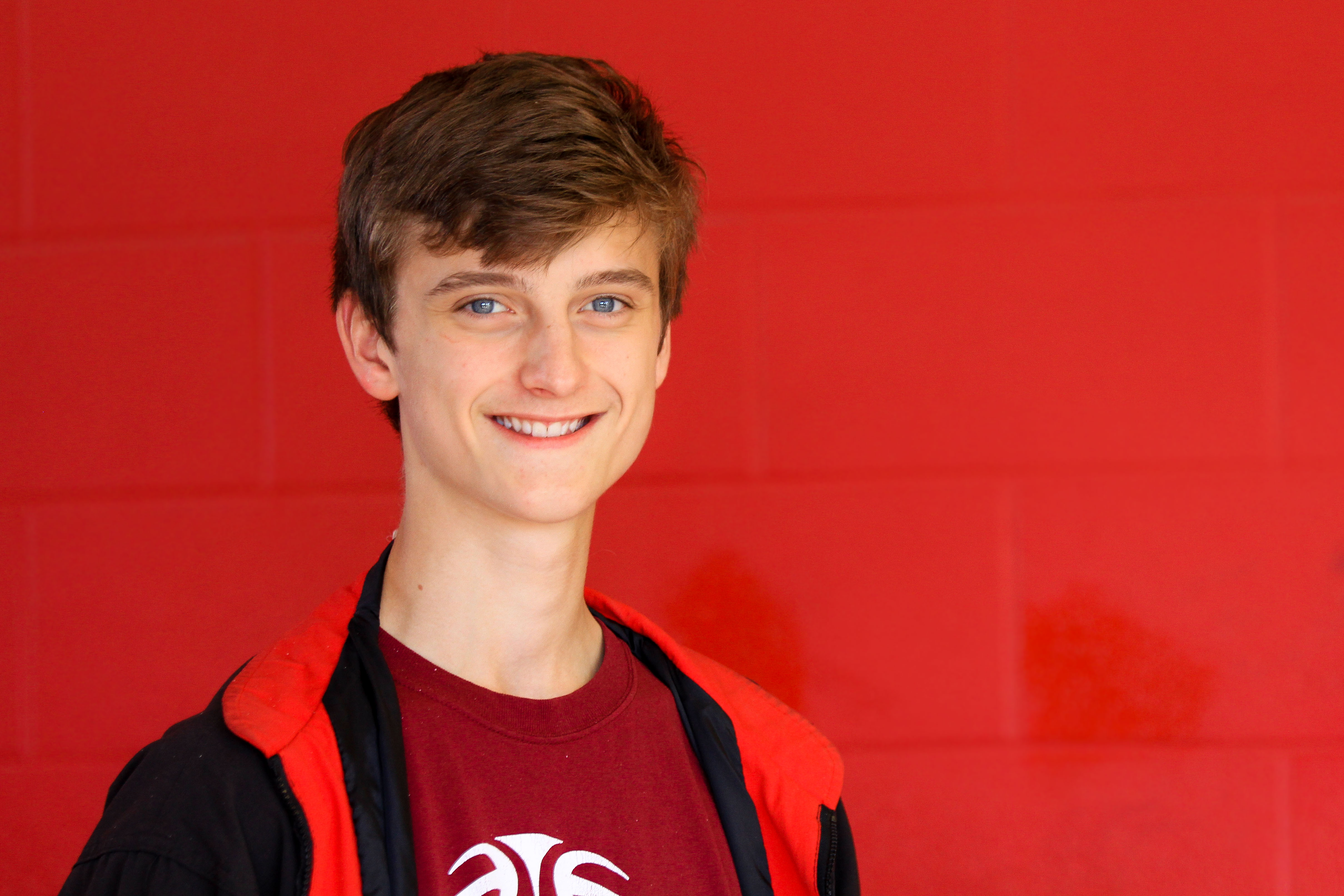 Name: James Sleigh
Position: Online Sports Editor
Graduation Year: 2016
Hi there! My name is James and I'm on SCO's staff this year. I like expressing my views on as many different platforms as possible, so follow me on twitt-... just kidding. I like writing Op/eds and covering sports, especially if that sport is soccer. See you around!

SilverQuill, Blair's literary arts magazine, has enlisted the help of the Smartphone Programming Club in order to reach a more diverse and technology-inclined audience.

The Blair boys' basketball team (13-9) beat the Richard Montgomery Rockets (18-4) in stunning fashion to advance to the next round of the playoffs. The Blazers had a strong showing in the second half to beat the top seeded Rockets. Although Blair got off to a slow start, crucial big-man play from twins Julius and Jordan Cobb contributed to Blair's late success.

Meteorologists and experts predict that the 2015-2016 El Niño will be one of the strongest ever recorded.

Without many technical aspects of the show, the five short student-produced plays were witty, hilarious and raw with the thespians' talent.

Driverless transportation is projected to phase out human-driven transportation in the near future. However, with the move towards automated mobility, entire sectors of the U.S. economy will crumble.

The Blair boys' varsity tennis team (6-5) capped off their season with a 7-0 sweep against the Kennedy Cavaliers on senior night. Senior co-captains Ishaan Parikh and Rahul Bahle each had a memorable game with 6-0 sweeps against their respective opponents.

The Blair boys tennis team (5-4) swept Northwood Gladiators (2-8) 7-0 to improve to a winning record. Despite blustery winds and patches of rain, the weather did not distract the team as they crushed the Gladiators

On March 30, the President of the Montgomery County Public Schools' (MCPS) Board of Education, Patricia O'Neill wrote an open letter to students, parents and teachers regarding the amount of testing occurring during the 2014-2015 school year.

Republicans must stop spreading myths and enforcing a negative attitude towards Obamacare, so that every American can be insured.

The Blair boys varsity tennis team (1-2) prevailed over the Sherwood Warriors (0-2) in the season home opener. After two straight losses to divisional power houses Wooton and Whitman, the Blazers were able to beat a weaker Sherwood team 5-2, mainly because of strong singles play. The boys singles completed a sweep, winning all four matches.

Hate crimes against racial and political minorities have sharply increased in many western European countries, a sentiment that demonstrates Europe's political shift to more conservative values.

On March 17, Montgomery County Public Schools (MCPS) sent a request to the Maryland State Board of Education, the governing body that determines the length of the school year, asking for the school year not to be extended due to snow days.

The Potomac Valley Amateur Hockey Association (PVAHA) granted the Blair hockey team a playoff berth after the team struggled for a place. The decision came after the team had two other appeals rejected by the smaller hockey governing bodies of the county and state hockey leagues.

Before the puck dropped on Blair's Nov. 7 opener against the Rockville Rams, there were many questions about whether Blazer Hockey would even be able to field a team. Due to an unusual influx of underclassmen (see Sasha Tidwell's Sept. 25 story detailing the problem here) the team was under threat from being registered as a multi high school (co-op) team.

Despite the election of Republican Larry Hogan as Maryland's next governor, Republicans failed to force veto referendums that would have challenged the liberal legacy of the exiting O'Malley.

October is Breast Cancer Awareness Month, which once again reminds Americans both about the disease and the controversy surrounding the organizations and nonprofits working for a cure.

Humans have become the only predators to deer, and because of their large population and limited predators, we must take the initiative to curb the herd.

Regardless of the National Football League's (NFL) decision earlier this last week regarding Baltimore Ravens running back Ray Rice's indefinite suspension, it is clear that the League's internal justice system is completely nonsensical.

Because of the outsized cost of Texas Instruments calculators, school districts should not encourage students to buy TI's brand, and should instead recommend other calculator brands, like Casio.

MCPS saw an increase of over 2,000 students entering the county's elementary, middle and high schools since last school year, which prompted a county-wide school expansion and renovation of its schools.