Autonomous cars will force industries out of business

Following the Germanwings crash in late March that now appears to have been an intentional murder-suicide, many have called for the implementation of driverless aircrafts. Driverless transportation is projected to phase out human-driven transportation in the near future. However, with the move towards automated mobility, entire sectors of the U.S. economy will crumble. As automated cars, trains, buses and trucks are introduced to the market, consumers and the job market will be forced to adapt to a completely different world.

The mechanization of the transportation industry is progressing at a rapid rate, and many sectors of our economy cannot keep up. Expect to see an influx of driverless cars sometime in the next decade or two. Some experts project an even shorter roll out. "Within the next five years, probably somebody will come out with a fully autonomous vehicle," says Ford CEO Mark Fields. Instead of financing resources and development (R&D) on automated cars, engineers and car manufacturers must devise a sustainable way of deciding the direction and timeline of the driverless car. The transportation and manufacturing industries are going to need to adapt to a whole new market in too short of a time.

Although initially the cost of an autonomous vehicle might make it unattainable for some, ride-sharing companies could make car ownership obsolete. Major companies like Uber and Lyft have already stated that they plan to replace their entire human work force with computerized robots as soon as the technology is available. "When there's no other dude in the car, the cost of taking an Uber anywhere becomes cheaper than owning a vehicle. So the magic there is, you basically bring the cost below the cost of ownership for everybody, and then car ownership goes away," said Uber CEO Travis Kalanick.

According to the Bureau of Labor Statistics, over ten million people are employed by the transportation industry. According to the Bureau of Labor Statistics, 884,000 people manufacture motor vehicles and parts, 3.02 million work in the dealer and maintenance network, and nearly 6 million work as truck, bus, delivery, and taxi drivers. With a fully autonomous car, these industries would slowly dry up. Without the persistent demand that the transportation industry faces today, countless businesses would cease to exist.

There is little evidence showing that driverless transportation will employ more people than it pushes away. Employment will be concentrated in technically adept engineers and scientists, along with the small number of employees associated with the automated vehicle company. As the name suggests, autonomous vehicles won't have the need for humans. Tesla, Uber, Google and all the major car companies have already begun funding research and development for self-driving cars. However, their eagerness to cut costs and liabilities will not be sustainable. 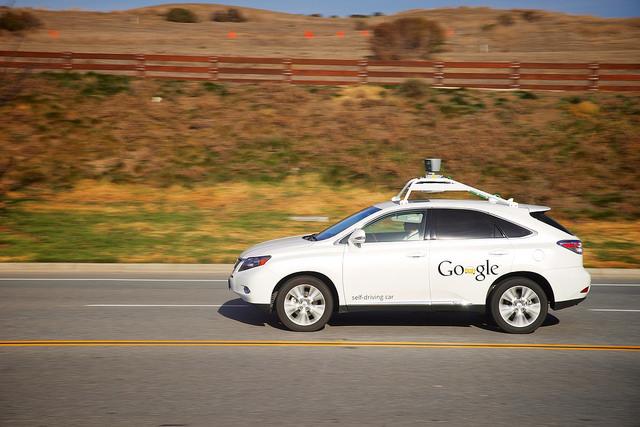 Photo: The autonomous car poses a threat to large portions of the economy.

Photo: The autonomous car poses a threat to large portions of the economy.

Fred Andersky, the Director of Government and Industry Affairs for Bendix Commercial Vehicle Systems, says that under this new system, companies and governments must address the changes that are taking place in the transportation industry. "I would have to think that any legislation or regulation around autonomous vehicles would have to take this implication into consideration," he says. "There must be requirements that, like pilots in airplanes, we'll see a need to keep a driver behind the wheel for a long time. Not necessarily because he or she needs to be there, but because there's not another job to move into or to help ease the transition into other careers," Andersky said.

There must be new legislation passed that can help ease workers into a future with fully mechanized vehicles. Laws that require humans to be alongside of their robot counterparts and legislation that help companies ease their employees into an automated world must be passed. With the hindsight of the collapse of American industries and factories, this transition must be executed smoothly.

A transition into the autonomous sector of transportation must be done thoughtfully and must be well-planned and executed. The development must be sustainable and should be focused on helping the old transportation system adapt to the new, so that entire sections of our economy do not crumble.