In any neighborhood near a park or a forest, you can find a deer grazing on suburban lawns and shrubbery, some so accustomed to humans that they no longer fear them. Because of the expansion of the Washington DC metropolitan area, the habitat space for white-tail deer has decreased dramatically, forcing the species to scavenge for food in suburbia. Humans have become the only predators to deer, and because of their large population and limited predators, we must take the initiative to curb the herd.

The main reason deer herd levels must be trimmed is because the overabundance of deer, as a result of stricter laws on hunting in urban environments, and because they have no natural predators, diminishes plant growth from a wide assortment of species. Deer are confined to small parks and forests outside of urban centers, so they decimate local plants and budding wildflowers, further crippling the food chain. Eliminating a few female members of the population would help improve biological diversity, and establish a better equilibrium in the food chain. 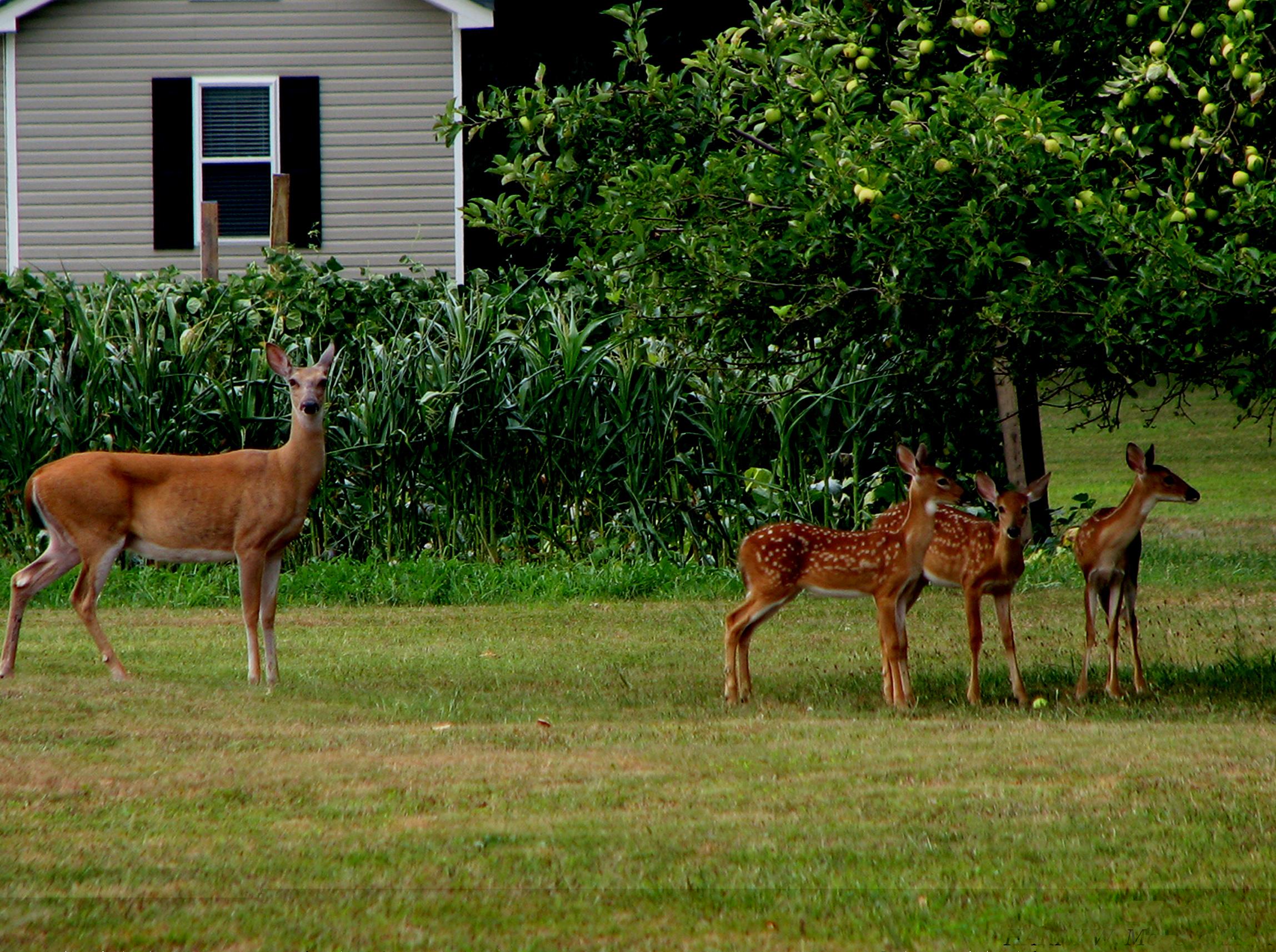 Photo: White tailed deer have been forced out of their natural habitats

Photo: White tailed deer have been forced out of their natural habitats

But high deer populations also bring in more deer ticks, which are harmful for both humans and animals. According to a study conducted by the Entomological Society of America found that the rate of Lyme disease decreased after hunting deer in a region in Connecticut. The study stated that the amount of "resident-reported cases of Lyme disease per 100 households was strongly correlated to deer density in the community." Lyme disease is becoming more and more prevalent in Maryland as the global climate rises, allowing ticks to thrive for more parts of the year. Reducing the deer population will help curb the tick epidemic.

In Maryland, the fall hunting season for the white-tailed female deer always causes some controversy. Animal rights groups and other activists claim that the activity inhumane and harmful to the ecological balance of the animal kingdom. In 2013, a petition by The Defense of Animals called for the end of thinning the deer population gathered over 600 signatures. But according to Maryland's Department of Natural Resources (DNR), professionally trained sharpshooters target female deer to limit reproduction, and are carried out swiftly and quietly, so "hunting remains the primary method for maintaining deer populations at appropriate levels."

Suburban sprawl unfortunately continues to expand, and so actions must be taken to prevent our fragile ecosystem from completely collapsing. Professionally trained sharpshooters, who are tasked to thin the deer population over six days in the fall should be permitted more time to protect our ecosystem.