SilverQuill, Blair's literary arts magazine, has enlisted the help of the Smartphone Programming Club in order to reach a more diverse and technology-inclined audience. SilverQuill staff and lead Smartphone programmers Isaac Eaton and Aaron Szabo hope that the app, which is currently in development, will be ready for release sometime in April. 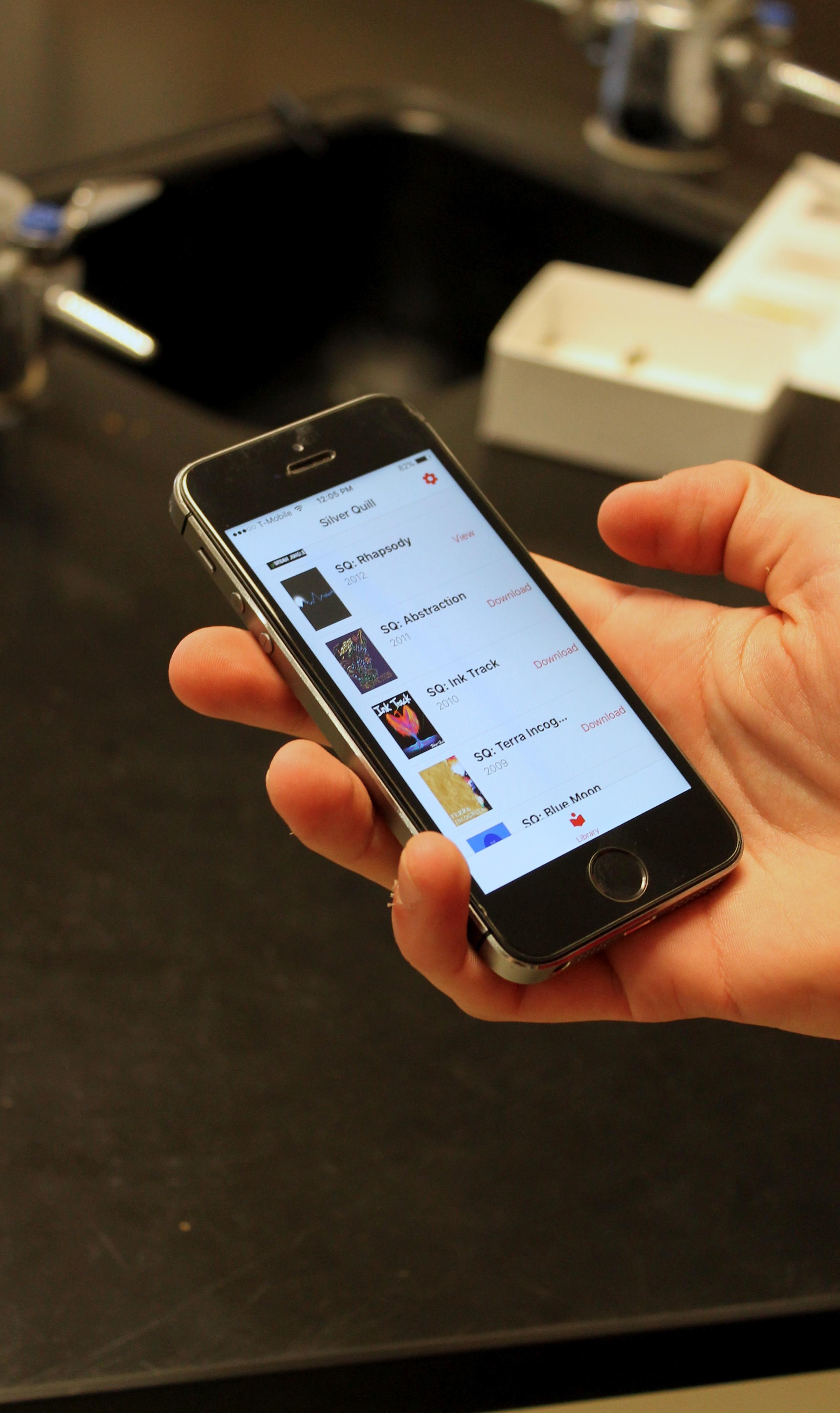 According to Carter Tipton, managing editor of SilverQuill, the magazine saw a decline in sales in past years, which prompted the need for an app. "Lately we've been selling fewer and fewer copies,” Tipton said. "We realized we could make a name for ourselves by being the first club to have an app." Tipton believed that SilverQuill has not done enough to reach the Blair community with their literary arts magazine, which he described as a "dead form of media."

SilverQuill staff hope that the app will improve the caliber of the magazine by making it more accessible to a broad audience. "I think it can not only make the quality of the magazine better and the open mics and everything better, but I hope it can promote art within the Blair community, especially for kids who don't consider submitting," Tipton said.

The app consists of three tabbed sections that divide the content of the magazine. According to Tipton, the first tab lists complete issues that can be downloaded, the second contains online exclusive content and the final section allows for students to submit their artwork. Eaton's development team is pushing for a bonus feature, permitting students to submit short pieces of work outside of the normal submission schedule--such as clips from open-mic performances.

SilverQuill staff gave Eaton and Szabo's team almost complete control over the app, according to Tipton. "We told the smartphone programmers what we wanted and they sent their best guys," he said. Eaton is particularly thankful for having the opportunity to independently develop the club's first app order. "This has definitely been a learning experience for us, and them giving us control over much of the design and function of the app has allowed us to experiment with different ideas," Eaton said. Though the Smartphone Programming Club has other apps for release on both the Apple and Android app markets, this app is the first to be heavily focused on literature and art.

According to Tipton, online submissions were being misplaced and not delivered correctly, something that the app would help solve. "Students would type the submissions email incorrectly, and the website the club set up consistently lost student work," he said. Tipton hopes the app will help the club's organization and make SilverQuill more prevalent in the Blair community. "The app will make it a lot more fluid and a lot more accessible," he said.

After releasing the app in April, Smartphone Programming is open to other clubs chartering their services. "If any clubs come up with an idea for an app we're definitely open to helping them make it," Eaton said.