The Blair boys' varsity tennis team (6-5) capped off their season with a 7-0 sweep against the Kennedy Cavaliers on senior night. Senior co-captains Ishaan Parikh and Rahul Bahle each had a memorable game with 6-0 sweeps against their respective opponents.

The Blazers were able to return to a winning record just before going into the postseason against a non divisional Kennedy team that posed no credible offensive threats. Parikh said that the team knew that it would be one of their easier matches of the season, and that the seniors would go out to enjoy themselves in their last regular season game. "Kennedy is not a divisional program so we knew it wouldn't be a tough match. We went out there to have fun,” he said. 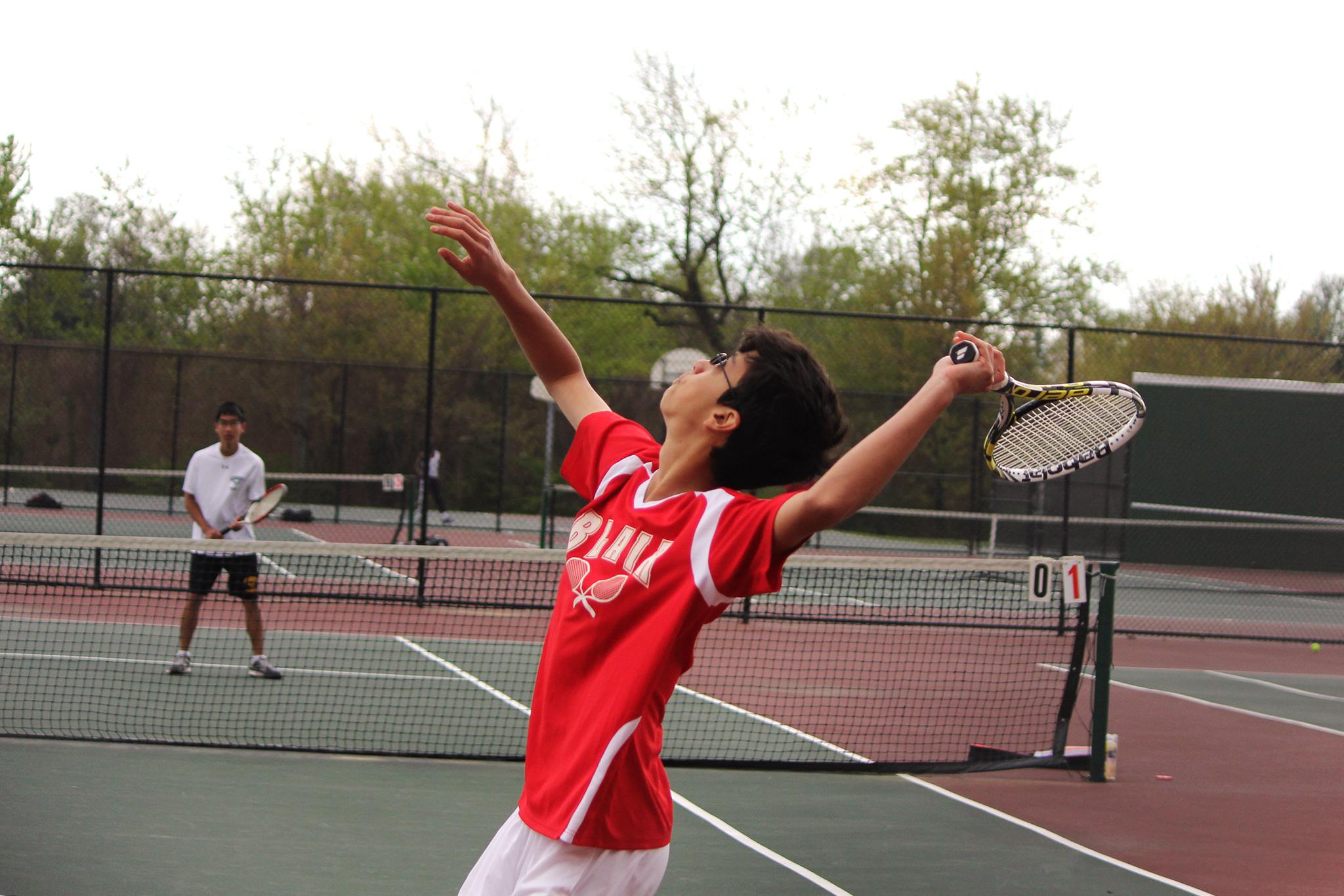 Parikh and Bahle played an excellent game and simply demolished their weaker and less experienced opponents. "It was our last regular season match for me and Rahul, and we both played really well,” he said. Parikh was able to use heavy topspin and an effective slice shot to sweep his opponent.

Kennedy's inexperience showed throughout the match, and head coach David Ngbae told his players to have fun and make some of the tougher kinds of shots that they've missed this season. "Ngbea told us to go out there and practice our volleys,” Parikh said.

The Blazers singles were able to quickly dispatch of their opponents. Sophomore Marc Zolotarev was able to sweep his opponent 6-0 in 28 minutes, close to a record for Blair tennis. 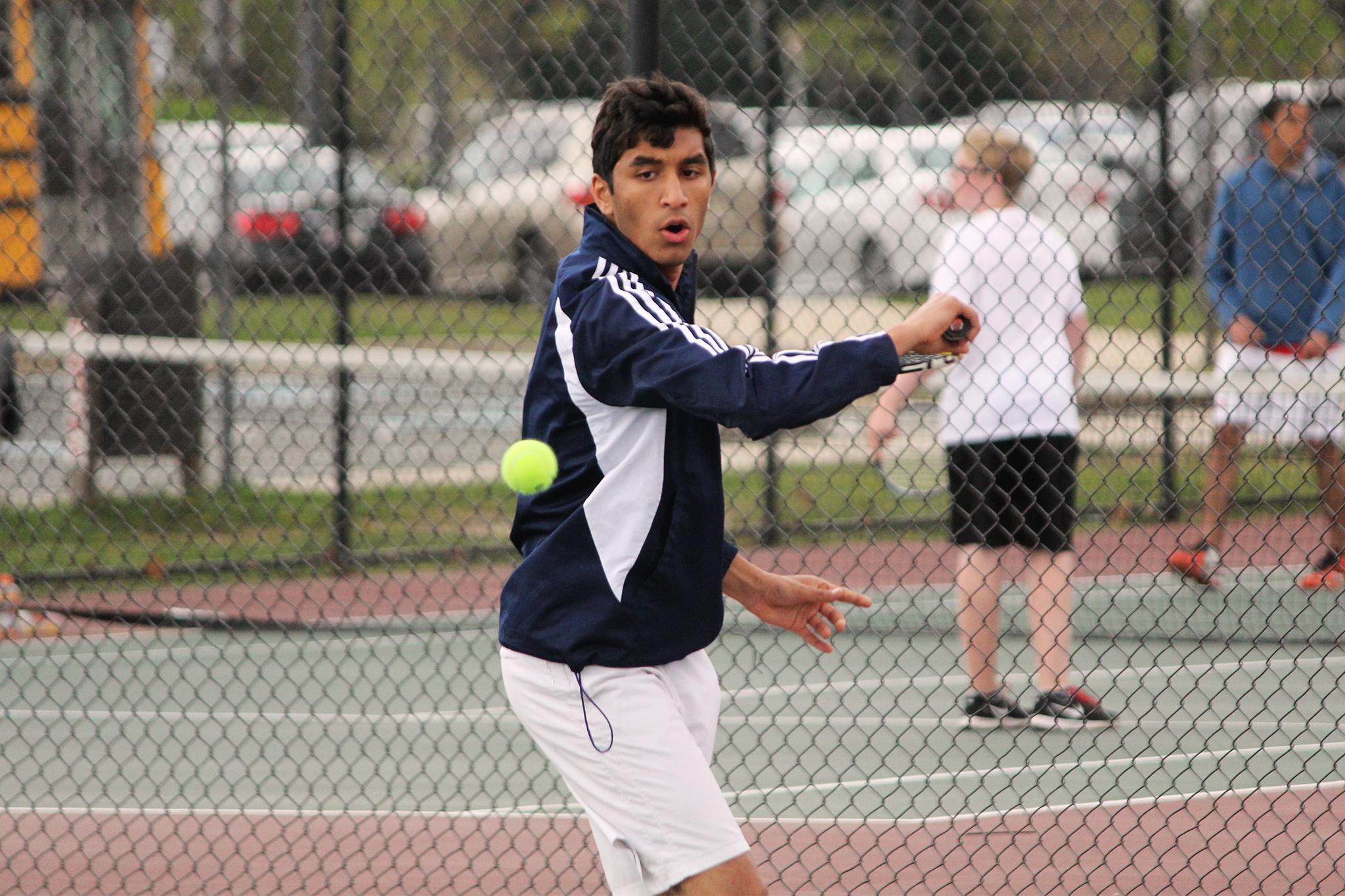 Photo: Senior Ishaan Parikh returns a volley in his game.

Parikh said that he still needs to focus on aspects of his game as he represents Blair in the playoffs. Parikh's greatest strength is primarily his slice, but he said that he will need to improve his other shots to remain competitive. "I definitely need to have a more consistent backhand instead of relying on my slice,” he said, "A slice is more defensive minded. If a player knows what I'm doing he can punish a defensive slice with an easy attacking shot.”