Although recent polls suggest that the Affordable Care Act, or Obamacare had its most effective year, a Republican Congress that has done nothing except focus on defaming Obama which have caused continuing negative public sentiment towards the bill. As the bill approaches its twenty third anniversary, Republicans have now attempted for the fifty sixth time to repeal Obamacare. Republicans must stop spreading myths and enforcing a negative attitude towards Obamacare, so that every American can be insured.

The national uninsured rate for adults now sits at thirteen percent, compared with twenty percent in a 2012-13 report. The quality of health care has also improved under Obamacare. With more of an incentive to actually treat patients, doctors and hospitals are looking to become as efficient and attentive as possible. According to CNN, this only improves care for the customer. "Doctors and hospitals are increasingly incentivized to treat patients more holistically and to keep them well," CNN wrote. "Insurers and Medicare are moving towards paying providers one fee to treat a patient's condition and penalizing them if patients are re-hospitalized quickly." 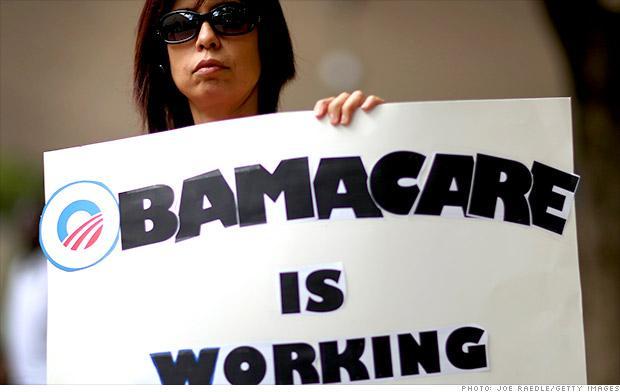 Businesses are also starting to support the act for all of the benefits it could have. Jesus Canas, a business economist with the Federal Reserve Bank of Dallas, said many businesses have changed their perspective on Obamacare. "At the beginning of the health care act there was a lot of uncertainty, and they were really concerned about the effects," Canas says. "But as time has passed they have changed their attitude about the health care act."

Despite the positives numbers, people are still uneasy. This is thanks to the constant bickering in Congress over the bill, approval ratings have essentially stagnated. According to the Kaiser Family Foundation's poll, 41 percent of Americans give Obamacare a favorable rating now, similar to a Sep. 2012 poll giving it a 40 percent. Among Hispanics, the nation's largest uninsured group, public opinion of Obamacare has fallen from 59 percent in July of 2012 to just under 48 percent in March of 2015.

The facts have been completed disregarded by a Republican Congress that still sees Obamacare as an unconstitutional business-killing policy. Republicans have spent enormous amounts of time trying to defund or repeal Obamacare, so that healthcare can't be made available to the uninsured. This lengthy repealing process has only served to frustrate the public, and further distance uninsured adults. While the Republicans in office recognize that they can't change Obama's policy with petty politics, they have adopted the serious stance of discouraging people to seek health insurance. These myths range from Obamacare's purpose of implanting computer chips into patients to Obamacare serving only lazy Americans.

Forty four percent of uninsured Americans don't expect to receive health insurance through Obamacare within the next few months, even though many qualify, according to the Kaiser survey noted. For those that do not want the bill to be passed, many have resorted to spreading myths about Obamacare. So many have been spread, that there is a whole website, Obamacarefacts.com, dedicated to dispelling myths. Instead of constantly bickering over Obamacare, there must be greater dialogue amongst our elected officials that deals with getting every American insured. Every working American should have access to basic health care.