National Common Core standards which Montgomery County Public Schools (MCPS) high schools introduced last year have now made their way into Blair's algebra courses. The new Algebra 1 and 2 courses are now more student focused and have less of an emphasis on teacher lecturing. Students are being asked to figure out problems on their own and in groups, in accordance with the new student-centered Common Core standards. 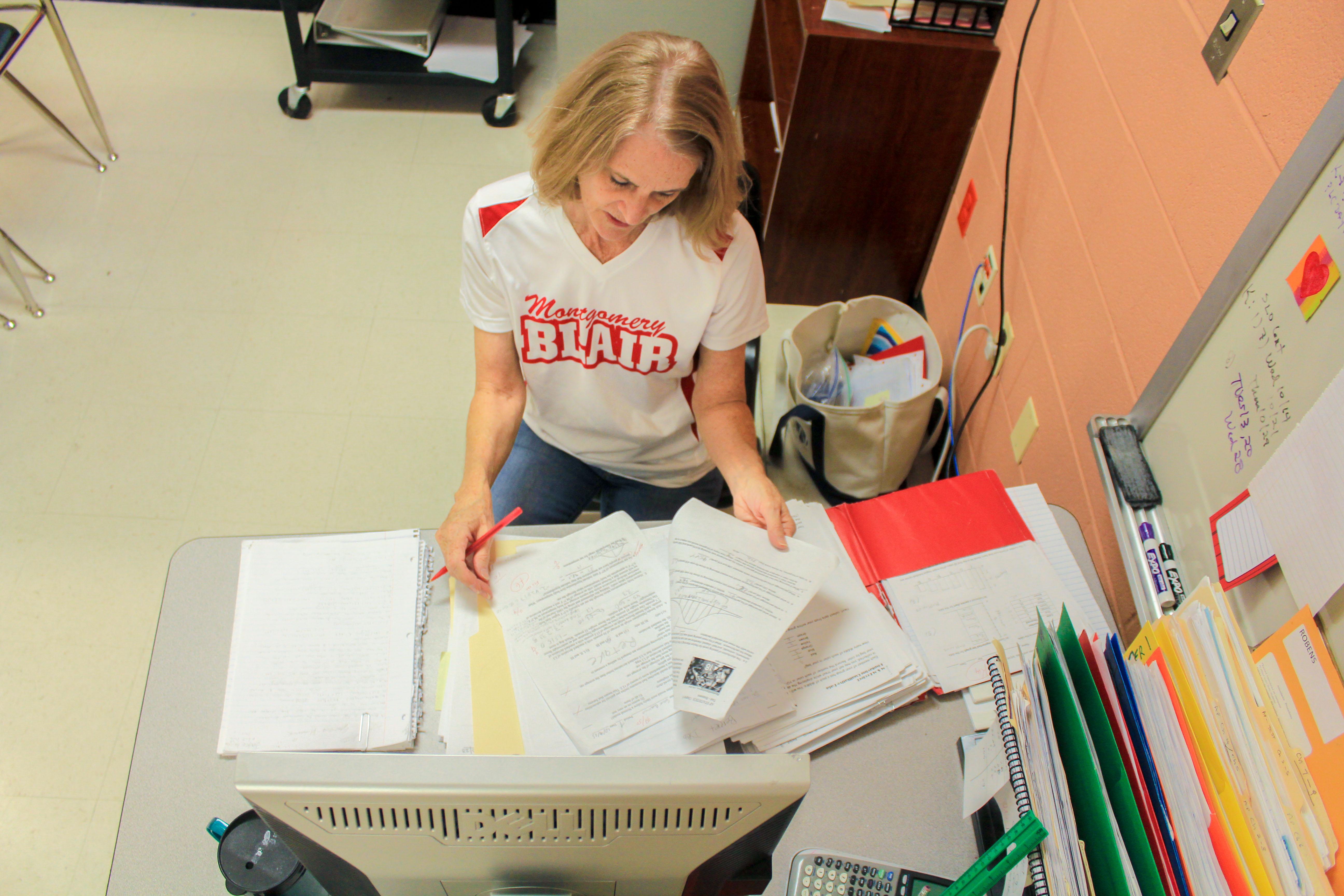 The curriculum for the reinvented classes is newly written by the county and is sent to teachers at the start of each new unit. The courses no longer rely on a textbook, and instead rely on more worksheets than in past years.

According to Kristin Werdann, Blair's Algebra team leader, these changes have made it difficult to plan and adjust to the new algebra curriculum. "It's been more of a challenge planning because it's new and they haven't finished writing the curriculum yet. We're kind of getting it as it's coming out," she said.

Peter Engelmann, who teaches Algebra 2, has also found it difficult. "It's hard to plan because our material that we're working with is just newly generated and so teachers don't have a lot of experience with it," he said.

Both teachers said that the new curriculum has been demanding for their students as well. According to Werdann, students are beginning to realize they can't rely on the teacher for answers as much as they previously could. "The students are looking for us to just give them the answers because that's what they're used to. And they're getting a little frustrated," she said. According to her, the new Algebra curriculum has made students more "accountable" for their own learning.

Engelmann feels that the new Common Core curriculum falls short of training of basic mathematical skills. "We seem to be getting away from the basic skills, and students need work on a lot of the basics," he said. Engelmann believes that many of these fundamental skills have been replaced by programs in the students' calculators.

According to both teachers, there are more applications of algebra to other disciplines and the topics covered appear several times throughout the year with the new Common Core based curriculum. "The idea is that [topics] build on each other from day to day. Instead of having units of topics, what we do on day one is still being used on day 50 and day 100," Werdann said. Engelmann believes there is more connection to other subjects. "There's a little more application of what they're working with," he said.

Werdann thinks that over time the Common Core structure will be more suitable for students and teachers. "The idea of it is great. And as we get students who have been through with it for multiple years I think it'll work well. I think being the first year it's been a little frustrating, but I think as the years go on I think it'll get easier to use," she said.