On Feb. 26, Washington D.C.'s city council semi-legalized marijuana after a long battle with Republican-controlled Congress. Semi-legal applies because under the law, recreational users will find it nearly impossible to smoke pot. The new law, which went into effect Thursday Feb. 26 at 12:01 a.m., permits residents twenty-one and older to grow up to three plants and possess up to two ounces of marijuana. But because of congressional litigation, users are not permitted to legally buy marijuana or smoke in public places. The whole saga reveals continuing issues with D.C.'s statehood: in a progressive city that has now legalized marijuana and gay marriage, district residents still don't have access to the most basic tenet of democracy. Although city residents vote in Presidential elections, they are still barred from having a representation in Congress. To make matters worse, Congress controls the district's budget, so with a single political move or statement, voter-approved policy can simply be annulled. D.C. must be given the same privileges of statehood, even if the federal district does not become a state.

The voter-approved law, known as Initiative 71, was overwhelmingly passed by district residents with 70 percent of the vote in 2014. However, it was nearly threatened to extinction in the recent Omnibus spending package passed by Congress. An additional provision in the bill restricted D.C. legislators from using funds supplied by the Federal Government to legalize marijuana. Because of Congress's power to determine D.C's budget, specified in the Home Rule Act, the federal government stalled any efforts at legalization.

Legalizing marijuana has now become an economic incentive, not liberal taboo. Many states are following the success of states such as Colorado and Oregon to determine whether they will go through with legalization. According to Colorado's Department of Revenue, the state received $63 million in taxes, some of which is portioned to go directly to improving their public school infrastructure. While there are legitimate debates to be had regarding the pros and cons of legalizing weed, with no representation in Congress, D.C. residents have no way to make their voices heard.

The 70 percent of voters that approved the law received a life line in the form of D.C.'s local legislators and lawyers. The only way district legislators were able to legitimize the initiative was through a loophole in the bill. "The language of the rider only prevents the District from enacting laws, rules or regulations regarding marijuana legalization, but it does not prevent already enacted efforts like the recent ballot initiative," said José E. Serrano, (D-N.Y.). D.C. officials used the loophole to quietly let the law endure its 60-day revision period by Congress. 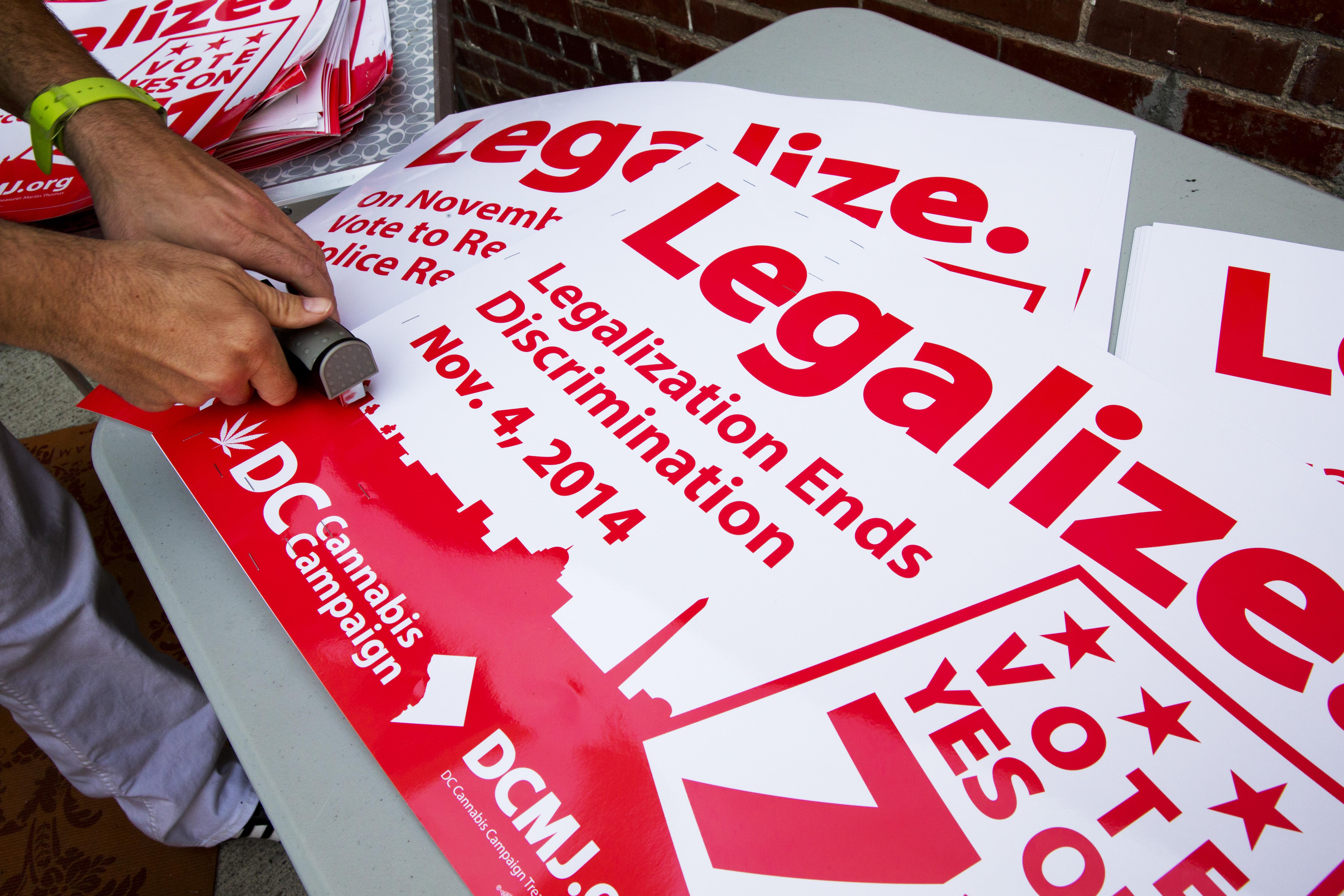 Then came the onslaught of the conservative Congress, who could not believe they were being challenged by the district that houses them. In a letter to D.C. mayor Muriel Bowser, Rep. Jason Chaffetz (R-Utah) stated that D.C. would be going against federal law. "If you decide to move forward tomorrow with the legalization of marijuana in the District, you will be doing so in knowing and willful violation of the law," wrote Chaffetz.

There were even members of Congress who called for Attorney General Eric Holder Jr. to penalize those involved with Initiative 71. "[He] should prosecute people in the District who participate in this," said Andy Harris (R-Md.). "Those people ought to be very afraid, because the penalties are severe."

The system as it stands is not democratic. Fortunately, with the new legalization law, activists and district politicians are once again pushing for D.C. statehood. Bowser understands that the marijuana legalization fight occurred because of D.C.'s status of federal district, and she acknowledged that D.C. must be treated as a state in the Union. "The answer for us, of course, is statehood so that Americans who live and pay taxes in the District of Columbia can have a voting member of Congress," she said.