Blair's One Acts a big hit

May 29th's One Acts program brazenly instructs the audience to "sit back, remove your brain, and have a good time!,” and at times I found it hard to keep my riotous laughter to a minimum. Without many technical aspects of the show, the five short student-produced plays were witty, hilarious and raw with the thespians' talent.

After the opening introductions and reminders from senior student directors Natalie Behrends and Molly Beckett, the Blair mainstage auditorium opens with a distinctly simple set: a rolling chair and a desk. But it is the actors who fill the stage with their manic pacing and energy in Eric Coble's one-act play H.R.. Donned in cubicle work attire, the characters take the stage (save for the casually dressed and distractible Chip, played by Junior Thomas Schoppert).The play pokes fun at office life and the omnipresent fear of corporate. Complete with a hilariously overdone make-out scene between seniors Zoe Johnson (Margaret) and Isaiah Silvers (Frank), the play lays bare all the office secrets that each character thought they had so well concealed. In perhaps the funniest skit of the night, the actors fueled off each other, within the context of their characters, to produce a devilishly funny rendering of one of Coble's lesser known productions. 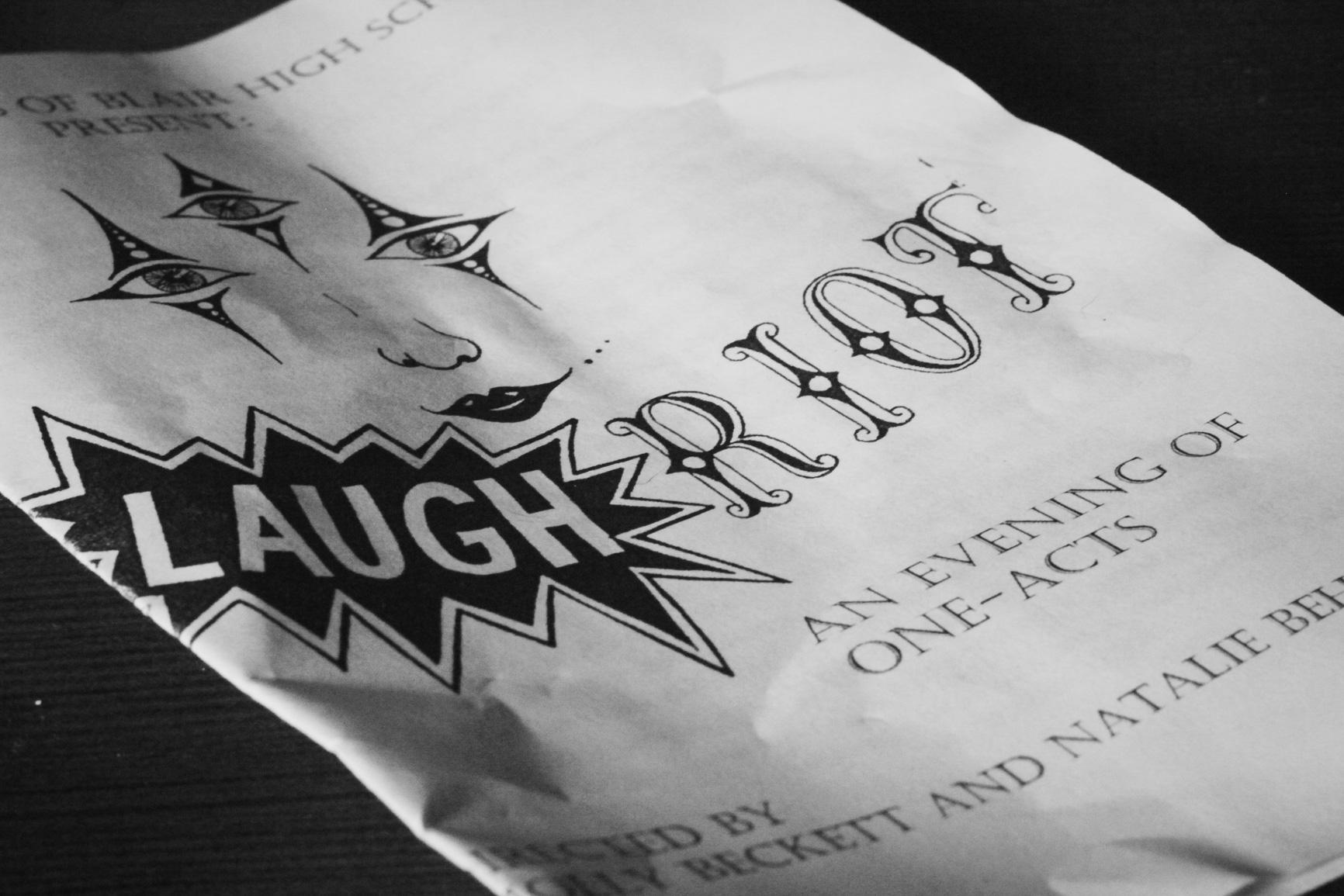 Photo: Laugh Riot was the name of this year's One Acts production.

Photo: Laugh Riot was the name of this year's One Acts production.  Photo courtesy of Ben Lickerman and Ben Lickerman.

After a raucous interlude of applause, seniors Cherie Carter (Mary) and Conor James (a series of different male personas) take the stage. Written by Garth Wingfield, Mary Just Broke Up With This Guy tells the tales of Mary's slightly picky search for a new partner, dangerously close to a "rebound,” and how online dating is often a dreadful idea. James, who plays a host of eccentric suitors, does brilliantly well to portray stereotypically bad online dates. James plays around fifteen characters with all differing personalities to great effect no less.

The night continues on its theme of people's hilariously desperate quest for love with David Ive's Foreplay or the Art of Fugue which follows Chuck's attempts played at different stages by Lucy Glenshaw, Willa Murphy and Kjell Hansen, to seduce women through the art of mini-golf. While Chuck's dates Amy (Callie Gompf-Phillips) and Annie (Kayla Williams) seem to cooperate with the lustful Chuck, his third date, Alma (Keegan Vernon-Clay) foils the afternoon. Picture Vernon-Clay as that homely but slightly naughty New Jersey aunt you might have, and there you go: a hysterical rendition of Ive's short play.

The final act of the evening was equally as odd as it was humorous. Particle Board, written by Elizabeth Meriwether, chronicles the life of Harold Cretts (Dominic Massimino), the revolutionary comedian who punctuates his jokes with a strike to his dome with his famous particle board. A tease about the great legacy of a legendary man, Junior Ben Lickerman (Sly Jones) does brilliantly well to make the audience laugh and think.

Laugh Riot, Blair's One Acts, was nothing short of spectacular and simply brain-droppingly good. Behrends and Beckett, along with their Blair advisor Keith Anderson, have put on a show that plays to almost all comical senses, without forcing the synapses of your brain to work too hard.