This courtroom and family drama is as corny as it gets

Just as Downey is preparing to leave, the local police arrive to question his father about his whereabouts the night before and about the body of a man on the side of the road. Downey's lawyer instincts take over, coming to the protection of his father. As the aging Duvall faces charges of first-degree manslaughter, he realizes that his son may be able to help him, forcing him to open up about his life.

Nonetheless, Downey's snarky and cutting comments and Duvall's cold stare and faked smile just never end. After seeing these sides of Downey and Duvall, one wonders if they have any other ways to play their respective roles. In fact, there is barely any genuine character development throughout the film. State attorney Dwight Dickham (Billy Bob Thornton), maintains the bland role of the stereotypically cool and certain lawyer. 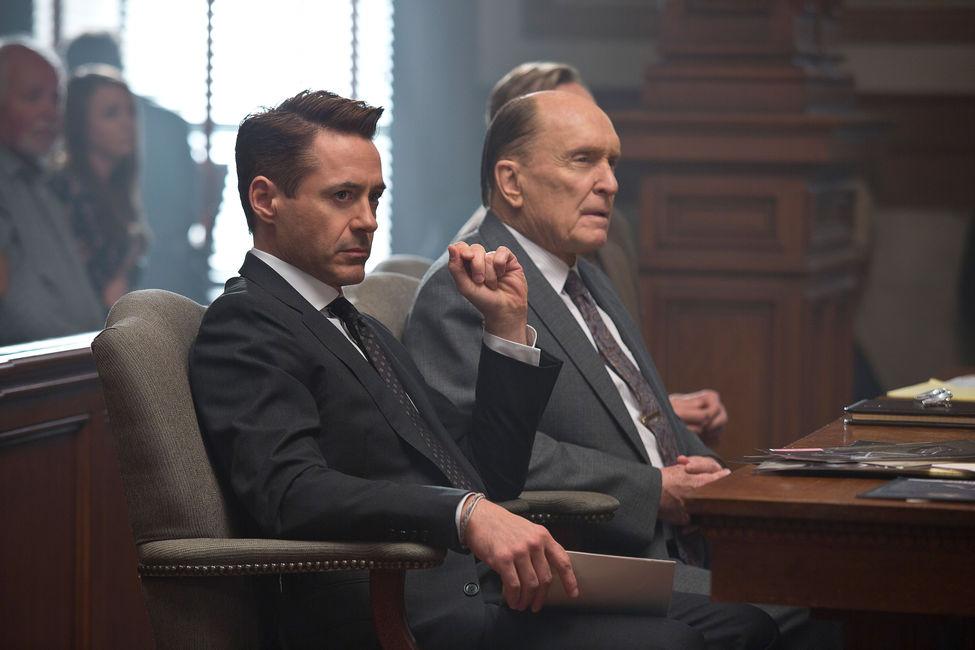 Photo: Palmer represents his father, the Judge of a small town.

Photo: Palmer represents his father, the Judge of a small town.

The cinematography accurately captures the essence of living in a small town, complete with shots of familiar small-town sights. Much of the shot composition could be initially described as quaint and picturesque, but after a few minutes of the 141-minute long film, they too become predictable and boring.

Although director David Dobkin has an Academy-Award-winning cast of actors at his disposal, the script is poorly written, complete with cheesy lines and dialogue, and a predictability that surrounds every scene in the film. While the plot sometimes takes unexpected twists, Dobkin dulls down those critical moments in the plot, and instead focuses on details and subplots that are never explored fully.

Here's the verdict: "The Judge" is weak.

"The Judge" is rated R for language, including some sexual references, and is now playing in theaters everywhere.