The Obama administration must focus its attention on sea level rise

Whether you believe in climate change or not, which may be a more serious issue, scientists recently produced evidence that sea level rise will continue into the foreseeable future, without the "help” of mankind. And while the threat of sea level increase may seem trivial to many, several low-lying islands and coastal areas are already experiencing the effects of rapidly swelling oceans and seas. 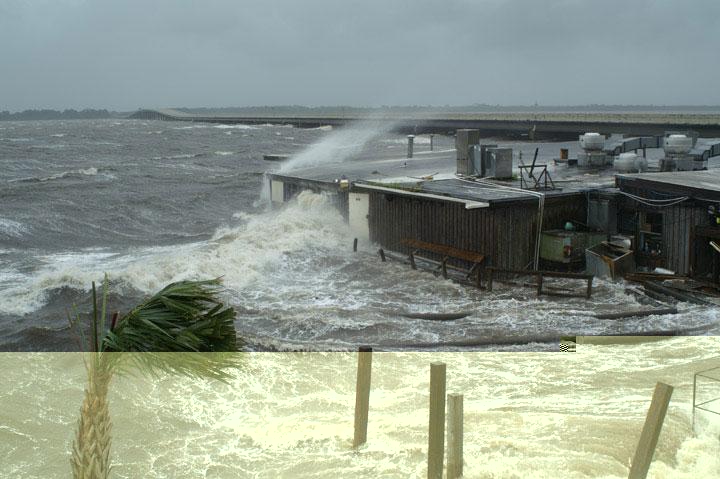 Photo: Coastal flooding in Florida as a result of Hurricane Dennis.

Instead of directly addressing the issue, President Obama announced his plan to further regulate a costly and environmentally destructive coal industry in late June, but is failing to recognize the expensive and adverse effects of sea level rise on coastal American states. The Obama administration has neglected to adequately address rising sea level changes along its coastal states, and has instead focused its attention on more minor threats to the environment.

Although the president and the environmental bureaucracy have compiled reports and released statements about climate change, neither has done enough to address sea level rise. No legislation has been passed, nor have any federal zoning parameters been established to halt development on coastal shorelines. Instead, the issue has been left up to state and local governments, which are struggling to create change with limited federal funding.

The dilemma with Obama's carbon reduction plan is that he has failed to recognize that sea levels will inevitably continue to rise, even if, somehow, carbon dioxide and other pollutants were cut altogether. This has been study in the Nature Climate Change estimates that the average annual losses from flooding in several coastal cities "could rise from about $6 billion per year today to $1 trillion per year by 2050." This is an issue on which environmental activists and climate change deniers must compromise to protect the health and safety of the nation's citizens and to reduce federal and state budget deficits.