School may be hiring second buses for routes due to overflowing

Montgomery Blair High School welcomed over 800 incoming freshmen this school year, leading to overpopulated school buses. Due to the overwhelming quantity of students on the buses this year, Blair administration is considering adding a second bus for multiple stops.

The number of students at Blair has considerably increased this school year, which has added to the problem of limited space on buses as well as in Blair hallways. Many students have spoken to administration about the situation. "There have been several complaints from students saying they're not allowed to get on the bus because it is crowded," Blair Principal Renay Johnson said.

According to Johnson, there are four current bus routes that may need a second bus. On bus route 6115, which stops at Eastern Middle school, administrators were asked to count the amount of students that entered the bus after school on a Monday. Administrators reported over 65 students on a bus with a limit of 57, not accounting for the varying sizes of many Blazers. 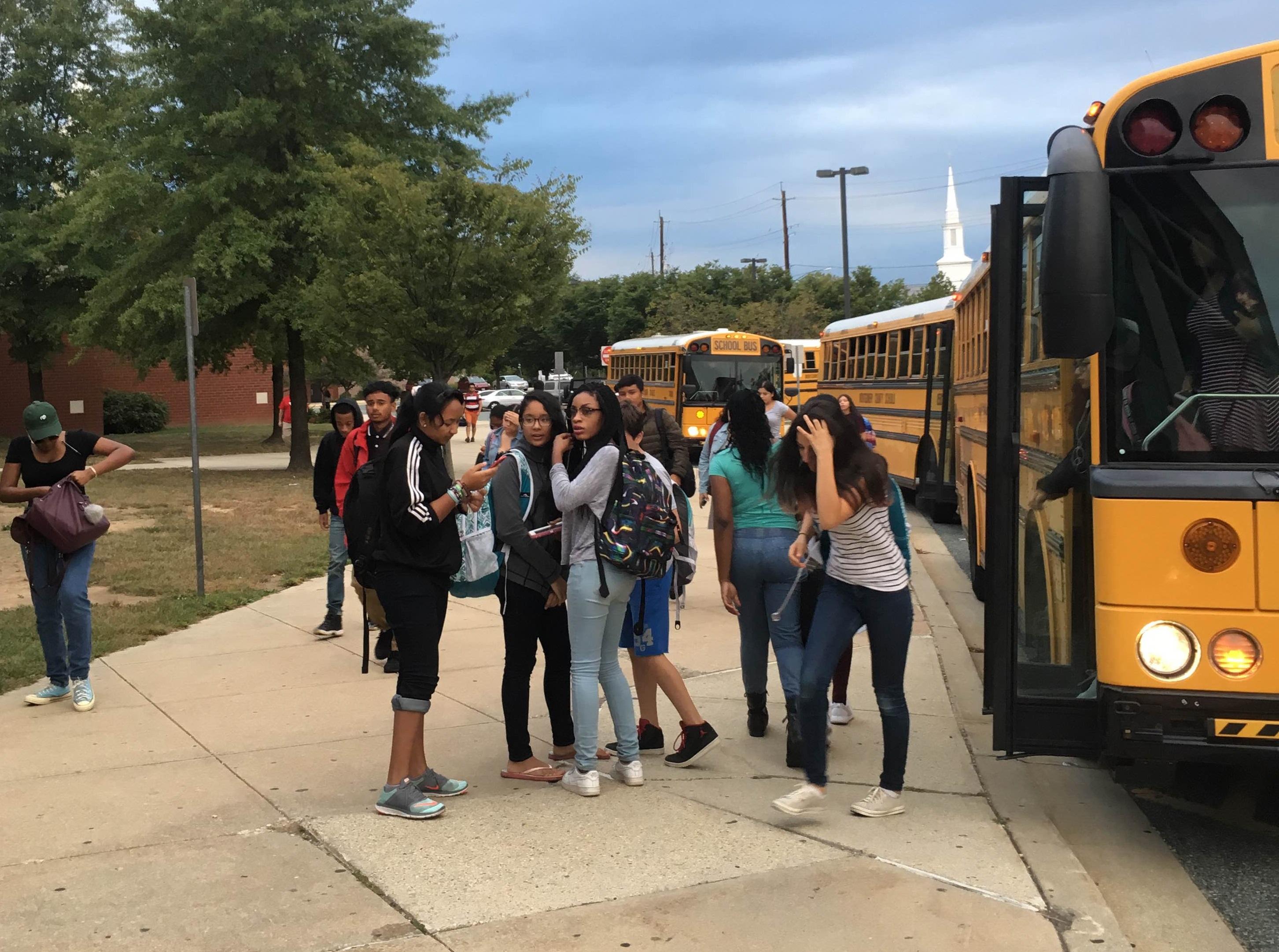 Photo: Students crowd around after getting off of the bus.

Photo: Students crowd around after getting off of the bus.

According to Blair Bus Coordinator Peter Ostrander, because the number of students on a bus varies on the day of the week, it is difficult to know when a bus will need a second route. "It changes on a day-to-day basis. Mondays and Fridays tend to have a lot. Tuesday, Wednesday and Thursday there are less because of after school activities," Ostrander said.

Because the buses are so full, many students have to choose between finding another way home and standing on the bus. However, this has sparked mild controversy between bus drivers and students. Although students have a right to take the bus, bus drivers have rights of their own and regulations with which to comply. "Students are not supposed to ride like that. We can tell students to get off a bus if it becomes necessary. We have that right as drivers." bus driver Meralice Maurelus said.

Despite the overflow, bus drivers are ensuring everyone is safe and gets a ride home, and many students reassure that they do not feel at risk. "When the bus stops, the bus driver ensures that if there are any vehicles nearby, he will honk at them to stop or be cautious," junior Diane Dao said.

Students in Montgomery County are encouraged to contact transportation services or Blair administration with any questions or concerns.