A guide to class and club-sponsored activities

March marks Women's History Month, where we recognize influential women and their contributions to society. To celebrate, Blair's elective classes and clubs are hosting events and projects to commemorate important women in students' lives and around the world. Want to get involved? Here is SCO's guide to Women's History Month at Blair.

Blair's Girl Up club is one of many national chapters working with the United Nations Foundation to empower women worldwide. From raising money for girls' education in Uganda and Malawi to spreading awareness about women's healthcare disparities, the club has a major activism presence at Blair. This month, they are selling Girl Hero Grams to help Blazers celebrate their peers. "They're basically like candy grams and they're for people at school to recognize their girl heroes," co-president Amy Krimm explained. "We'll be selling them the week of [March] 18." Stop by Girl Up's table in on Blair Boulevard to buy a Girl Hero Gram for a teacher or student who inspires you!

Last year, Women's Studies students created several posters featuring famous women. This year, they are putting up the posters in the halls to help Blazers reflect on the role of women in areas like science and literature. This ties in with their current course material, which centers around "the evolving role of women in the U.S. from a legal and economic perspective," according to teacher Alison Russell. Women's Studies students also decorated the bulletin board outside the media center with a timeline that highlights women's achievements. Russell hopes the posters and showcase will give Blazers a new perspective on women's roles through history. "Hopefully, people can see women that they haven't studied their general history curriculums or in their math and science curriculums… It'll give them a chance to explore some things they've already learned in a different context," she said. 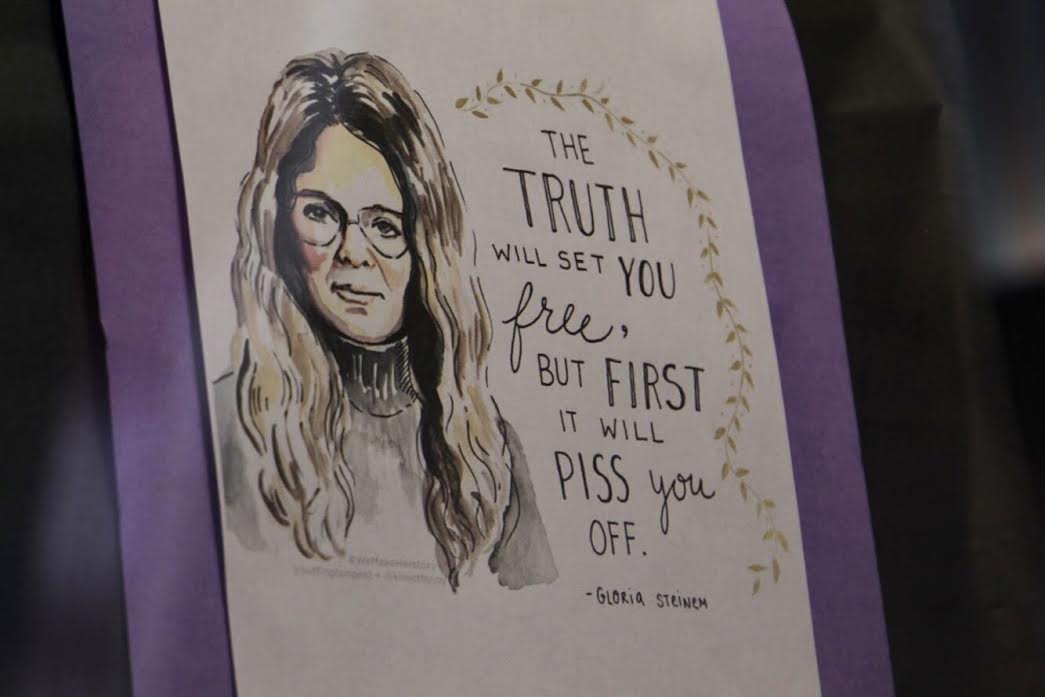 Read a book by a woman author

From Michelle Obama's popular autobiography Becoming to Erika Sánchez's I Am Not Your Perfect Mexican Daughter, the Blair media center offers countless books by female authors. Many of them explore intersections between feminism and issues like race, culture and class, making them both entertaining and educational.

From making strides in STEM fields to writing revolutionary books, women have played a crucial part in world history and society. March provides important opportunities to celebrate their achievements and advocate for further gender equality everywhere.