This year's County Cheer Championships was a loss for Blair's cheerleaders. Blair Cheer had been working hard on their routine since August to prepare for the championships, but their efforts did not pan out. Alysse Swan, a member of Blair’s cheer squad, explained why she thought the Blazers landed in last place, “We worked really hard, but a lot of our stunts fell and our difficulty wasn't that high, so we didn’t do as well as the other teams,” Swan said. 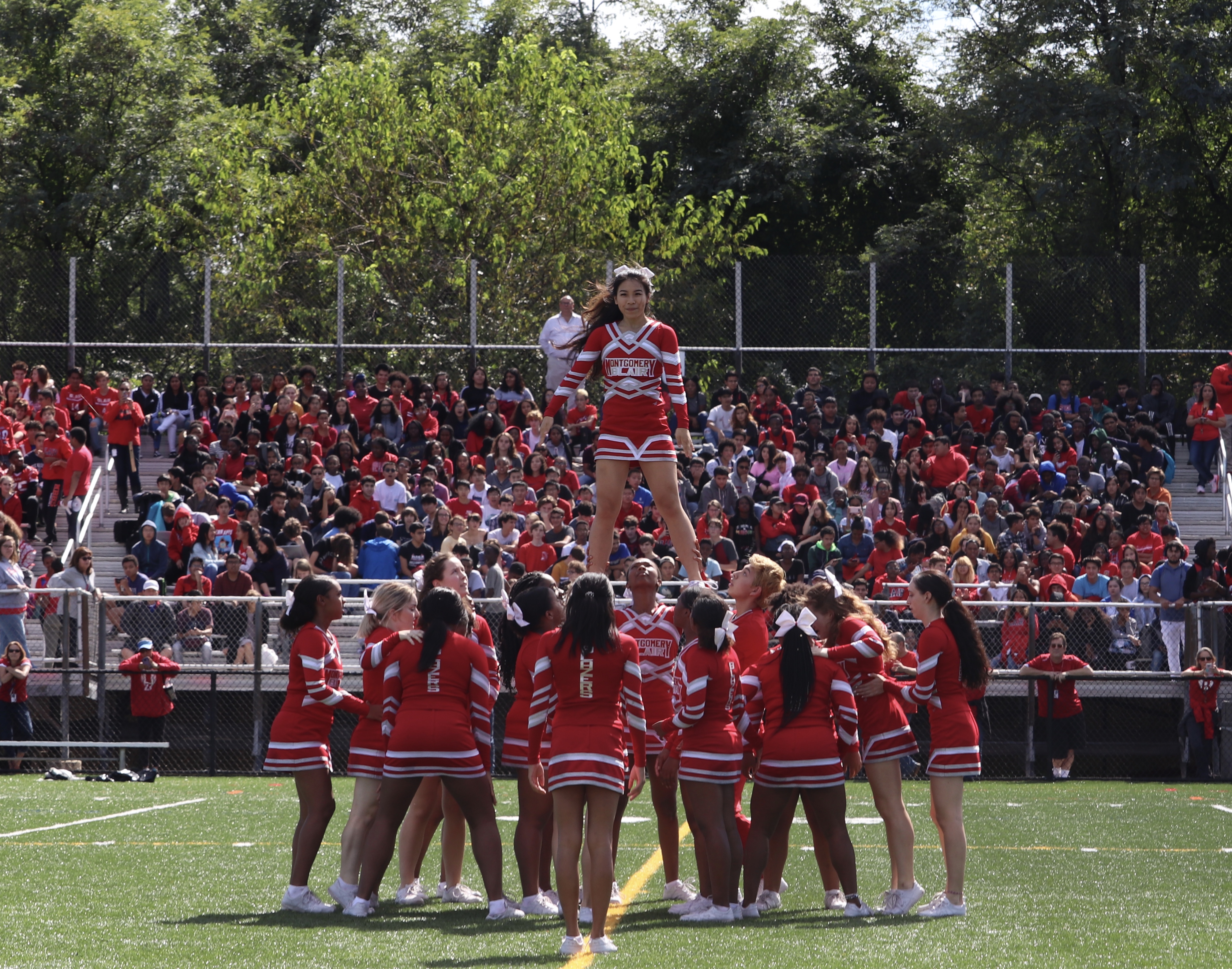 All Smiles On Top

Photo: A cheerleader poses while being held up by her teammates. Photo courtesy of Sydney Hastings-Wilkins.

Despite the loss, the competition was a positive experience, thanks to the cheer community. Opposing teams wished their competitors good luck and cheered one another on while they performed. After the competition, there was a spontaneous dance party involving all the cheer teams. “It was a really fun environment, and we all had a dance party on the mats after the performances,” Swan said.