Blair's boys' varsity lacrosse team (2-2) saw their first home win of the season against the Kennedy Cavaliers. Effective offensive possessions and intricate passing helped the Blazers find the back of the Kennedy net again and again, ending the game with a score of 11-2.

Kennedy won the faceoff at the start of the first period, and quickly worked the ball into a scoring opportunity that forced a save from Blair goalie Ashe Durban. Once Blair regained possession, however, they kept it. The Blazers wasted no time in working the ball into their offensive third, passing the ball around comfortably. Blair attacker Sean Tan opened the scoring in the sixth minute of the game, finishing off a nice passing move with a hard shot past the Kennedy goalie. Despite quick passes and open shots from the Blazers, they struggled to score, ending the period only up 1-0. 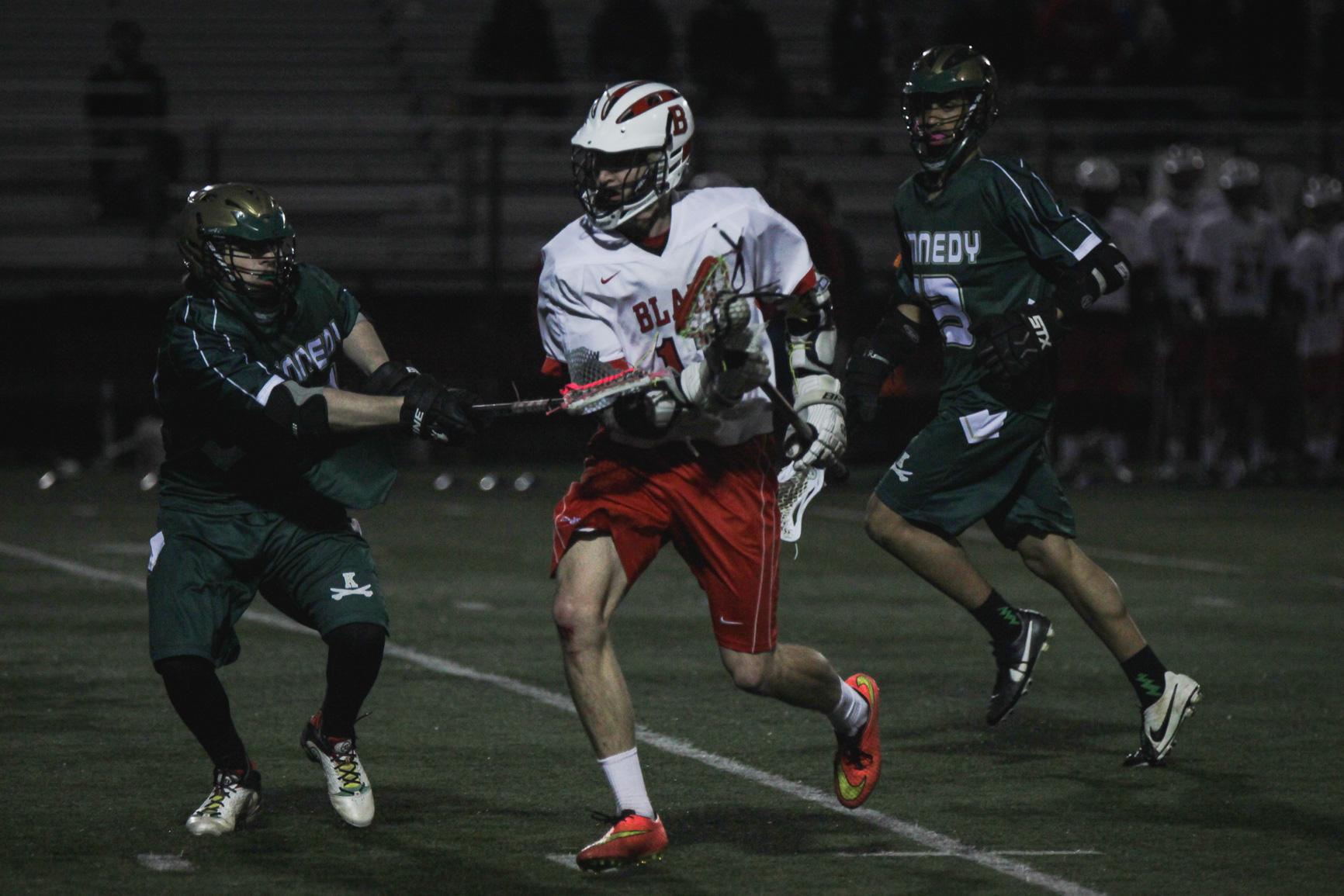 As play resumed in the second period, things started to open up. Two minutes in, junior Ahrdy Mudd cut around two defenders and slotted the ball into the bottom left corner. Blair continued to dominate the game, pinning Kennedy back into their half and firing shot after shot. Late in the half, Kennedy managed to counter a Blair attack and bounce a shot off the ground into the Blair goal. The Blazers quickly retaliated, as senior Eyal Li scored twice to give Blair a commanding lead as the half ended 4-1.

The Blazers entered the second half fresh and alert. Li scored twice within the first minute of the half, making it 6-1 in Blair's favor. Kennedy then managed to pull one back only two minutes later. Despite a strong attack from Kennedy, Blair held strong on the defensive. Goalie Ashe Durban saved a number of shots, including one that was fired point blank at his chest. 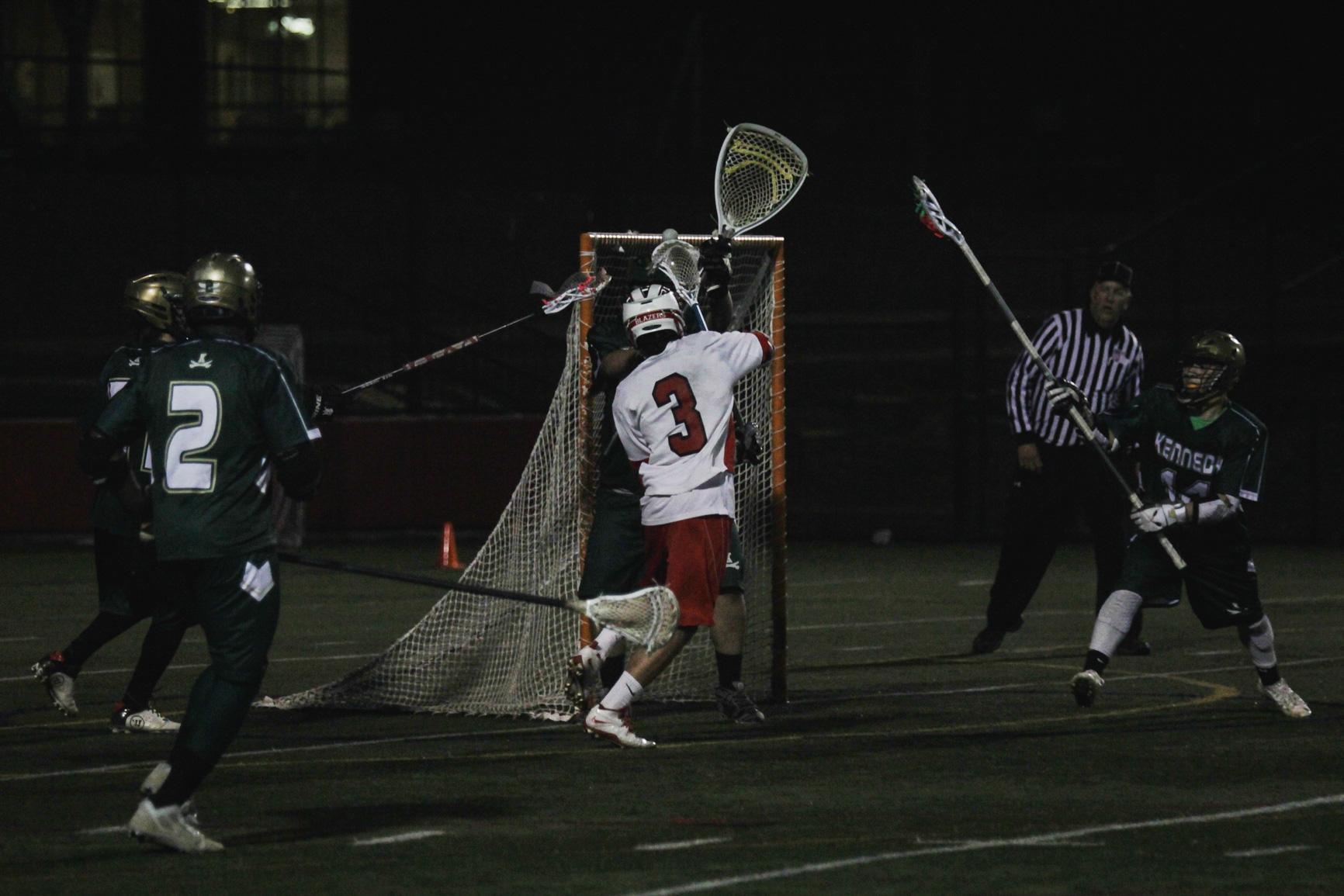 The fourth period saw more of the same. Early goals from Paul Moser and Max Scribner put the Blazers even farther ahead, keeping the pressure on the Kennedy defense. Senior Max Scribner scored with less than a second left on the clock to end the rout.

"We wanted to be .500," Durban said, "Our offensive production was good and we managed to play everybody. I think our team chemistry was a lot better this game."

"We were confident," head coach Christopher Brown said, "We were itching for a win; we definitely wanted it today. Our offense was seeing the backside a lot more, and assists were falling into place."

However, Brown still believes there's a lot to work on. "We're a young team. We need to keep developing every practice, learning from our mistakes every game. Today we made a couple defensive mistakes and they capitalized. It didn't really hurt us in the end, but we need to work on preventing that."

Blair's next home game is Wednesday, April 15, when they take on the Northwood Gladiators.