Blair's Green Club won second place in the Green Neighborhood Challenge on Dec. 2. Maryland-based energy company Clean Currents awarded the club $460 for efforts in promoting wind power as a household energy source; the club is using the money for their water awareness campaign. 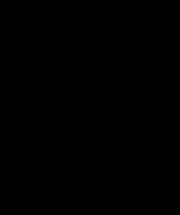 As part of the Green Neighborhood Challenge, the Green Club advocated the switch to wind power as the primary energy source in local homes. The Green Club earned $10 for each household that referenced Blair when signing up for wind power through Clean Currents. From this past February to October, the club persuaded 46 households to convert to wind energy. Many different groups participated in the challenge, including other schools, church groups and businesses. Thomas S. Wootton High School won first place with 52 households and received additional money.

A representative from the Clean Currents presented the Green Club with a check for $460 at the club's weekly meeting last Thursday. Clean Currents awards the money to help fund an environmental project of the club's choice; Blair's club directed these funds towards purchasing 1000 eco-friendly water bottles, which they are selling to Blazers to promote eco-friendly resource usage. The Green Club is working in conjunction with Students for Global Responsibility (SGR) on this new water bottle campaign and will donate profits towards the H20 Project, a charity organization that, among other things, builds wells in third world countries.

The Green Club used various advertising techniques to promote the benefits of wind powered energy and explain how to switch to Clean Currents. The club created flyers and posters, spoke to their classes and at different Blair events such as at freshman orientation and back to school night according to senior and club member Olga Aguilar. The club also created a video about the project which won second place at the MCPS Environmental Film Festival last April.

Senior and Green Club President Nissi Chilkamari believes that participating in the Green Neighborhood challenge helped the club spread word on an important issue and also provided the club with funds to continue on with other projects. "Getting second place in the Challenge feels great because we got more people aware of the benefits of wind power. We can do so much with this money and can use it to be an influence on the Blair community," Chilkamari said.

After Green Club's success in the Green Neighborhood Challenge, Clean Currents encouraged the group to participate in the next round of the competition. According to Green Club Sponsor Karen Shilling, the Green Club will continue their promotion to switch even more people to wind power as well as with their other main project on recycling. "The club is very active this year; we're hoping to win this next round and further help the environment," she said.