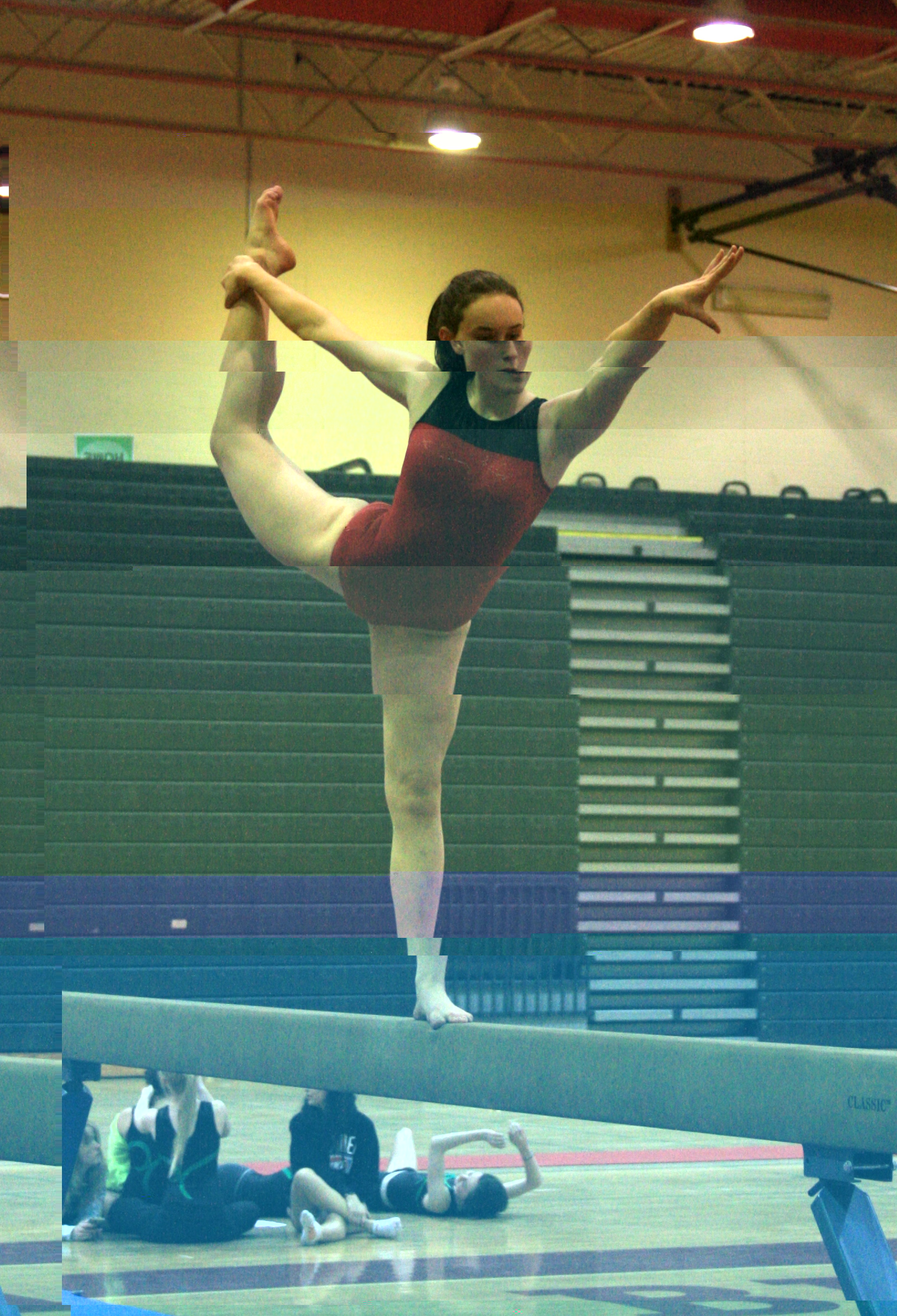 Photo: Junior Katie Pohlman won third place on beam with a score of 8.85 and won fourth place all around.

Photo: Junior Katie Pohlman won third place on beam with a score of 8.85 and won fourth place all around.  Photo courtesy of Lorena Kowalewski.

On the gymnasts' senior night, the Lady Blazers (2-1) entered the tri-meet with skill and focus which allowed the them to defeat the Whitman Vikings and Walter Johnson Wildcats by a score of 159.4-152.1-146.05, respectively.

The Lady Blazers had a pleasant surprise in the bars event when senior Sophie Seidell unexpectedly participated after being injured; she won first place with a 9.3. Seidell's nearly flawless and complex performance stood out and topped off when she solidly stuck the landing. Other notable bar performances came from junior Katie Pohlman and senior co-captain Taylor Smith, who tied for sixth, both receiving a score of 7.4.

Smith also performed well in the floor event, taking fifth place with an 8.5. She changed her routine to incorporate more difficult techniques after a discussion with a previous judge encouraged her to add new skills. "I did well on floor and I changed my routine to fit my strengths," she said. Smith took sixth place all around with a score of 32.6.

The gymnasts displayed precision and focus when competing in beam event, in which Blair achieved four places. Taylor won sixth place with 8.2, Pohlman took third with 8.85, sophomore Kayla McCaw won second place with 8.9 and sophomore Sidney Smith was first with 9.05. The girls utilized a variety of techniques including back walkovers, backhand springs, strong balance, few falls and stable dismounts. 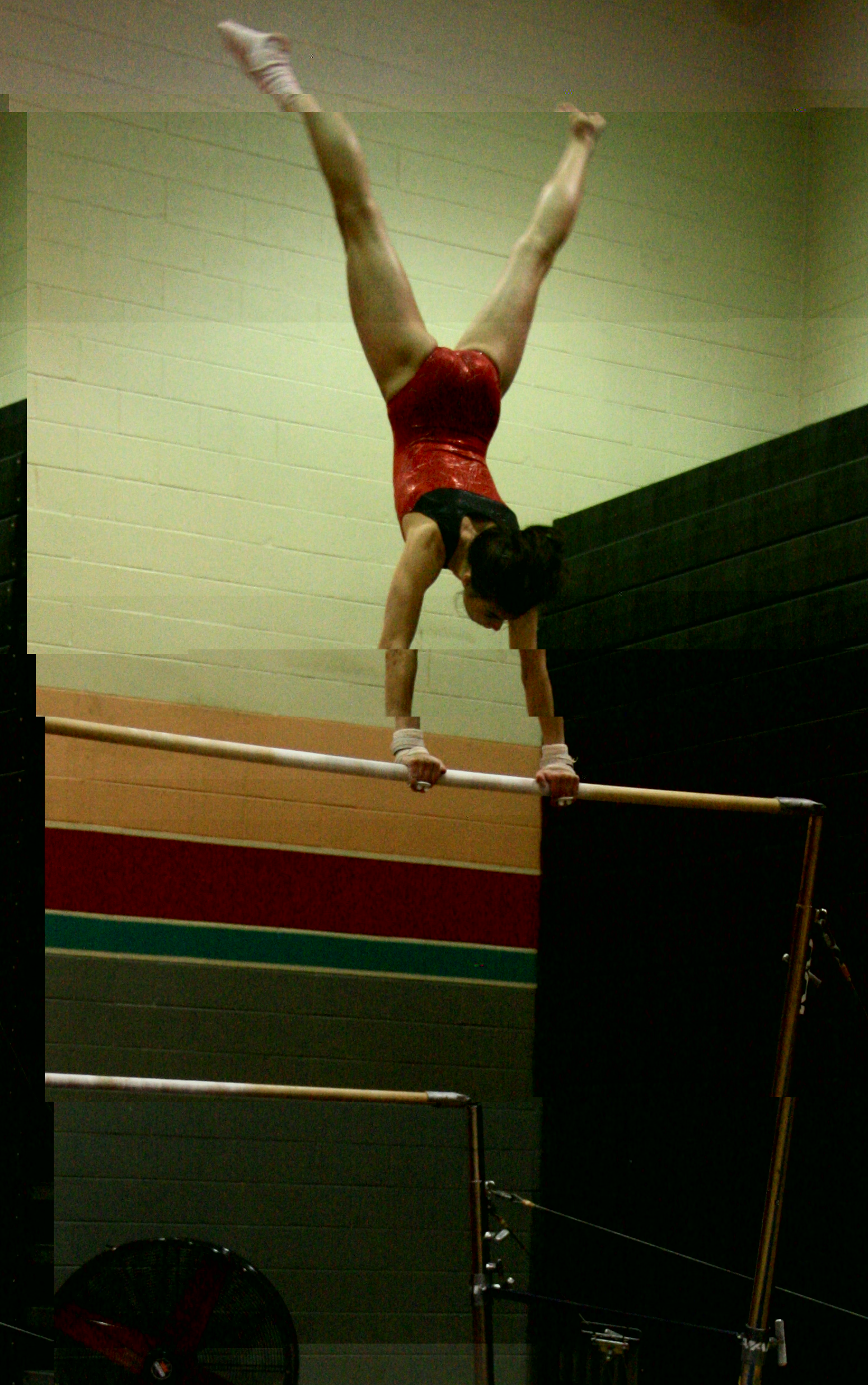 Photo: Senior Sophie Seidell unexpectedly competed in bars despite her injury and won first place in the event with a score of 9.3.

Photo: Senior Sophie Seidell unexpectedly competed in bars despite her injury and won first place in the event with a score of 9.3. Photo courtesy of Lorena Kowalewski.

The vault was an event where the Blair gymnasts struggled most. The Blazers took sixth and a tie for fifth place by Sidney and Taylor respectively. The girls performed graceful front handsprings, but faced most difficulty with their dismounts. Coach Hillary Wynn was pleased with the girls' performances but sees a need for improvements on some of the smaller aspects. "They need to improve on the little things – like sticking every landing and finishing each skill," Wynn said.

Before the team competes in the county championship, Wynn would like to see the girls thinking as a whole in addition to becoming more secure in performing at home games. "They need to be comfortable with our own equipment and be confident in our home," Wynn said.

Along with new and returning competitors to the Blair team, the girls showed strength and precision in all events, which added up to create their winning score. According to Taylor, part of what strengthened Blair's final score was because the Blazers have various gymnasts perform in many events. "We do a good job of getting people to compete and that helps our all around score," Taylor said.

The girls' gymnastics team will hold their next home meet for the MCPS Championship on Tuesday, May 3 at 5:30 p.m.