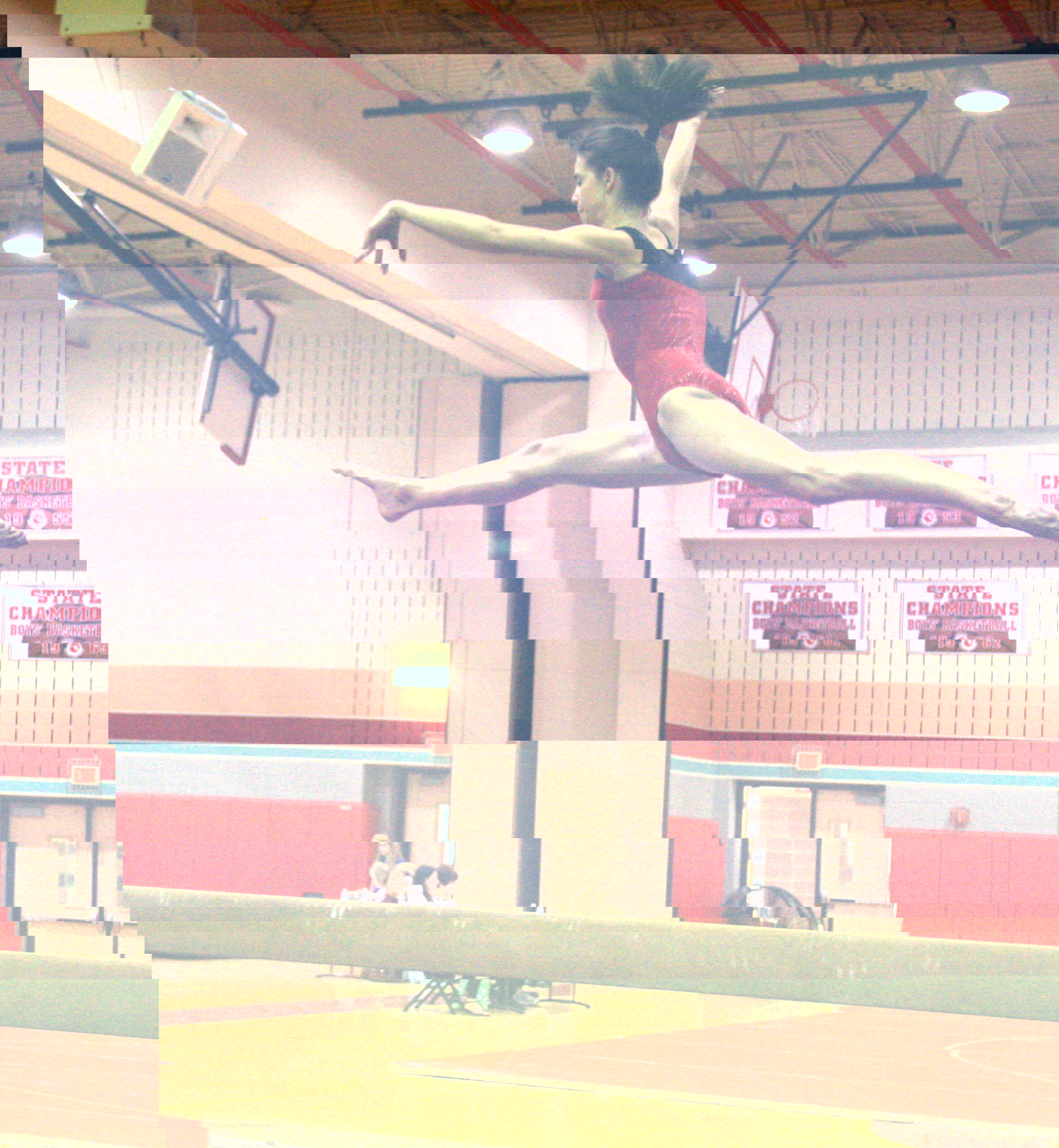 Photo: Senior Sophie Seidell placed fifth all around in the county meet and took second place in beam with a 9.575.

Photo: Senior Sophie Seidell placed fifth all around in the county meet and took second place in beam with a 9.575. Photo courtesy of Lorena Kowalewski.

In the county meet, the girls provided steady competition with all of the gymnasts performing consistently well. Senior Sophie Seidell placed fifth all around with a 36.325, second in beam with a 9.575, third in floor with a 9.2 and fifth on vault with a 9.05. Junior Katie Pohlman also performed well, placing third on beam with a 9.525.

The Blazers' strongest event was the beam, in which Blair took first place with 45.5. The most notable performances came from Seidell, Pohlman and sophomore Sidney Smith who scored a 9.0. The girls exhibited a strong sense of balance and precision and dealt with the pressure of judges' scrutiny admirably. "Blair did a remarkable job," coach Hilary Wynn said. "Especially with all the stress of the competition, they did a good job focusing." 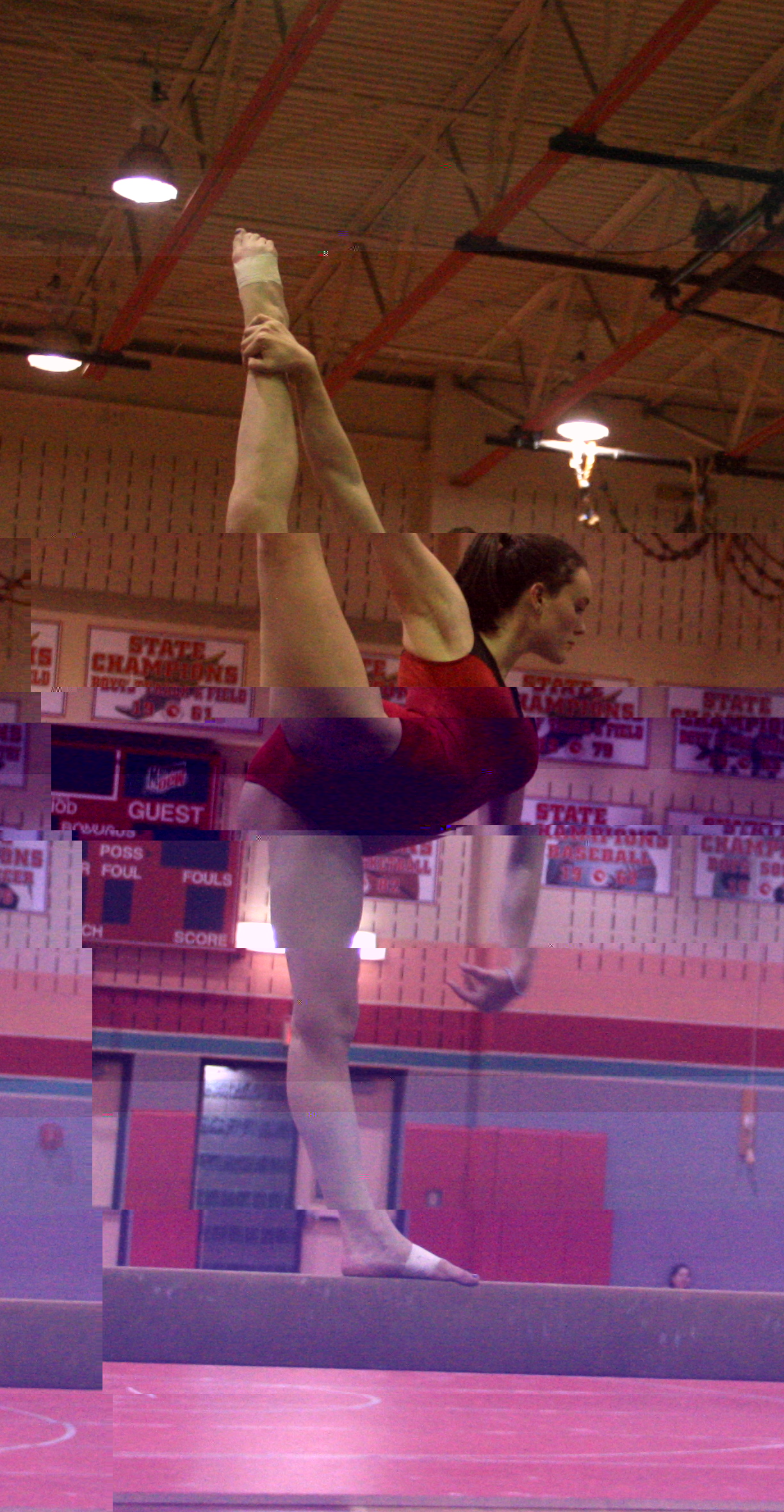 Photo: Junior Katie Pohlman placed third on beam with a 9.525 from her supreme balance and grace.

Photo: Junior Katie Pohlman placed third on beam with a 9.525 from her supreme balance and grace. Photo courtesy of Lorena Kowalewski.

Another solid event for the Blazers was the floor, with especially strong performances by Seidell and Pohlman. Seidell scored a 9.2 and Pohlman an 8.45, winning over the judges with their timing and graceful movements. Hoffman stated that the team aimed for consistency among all their teammates as opposed to having a single stand-out performance. "We have a lot of solid girls and we were aiming for solid scores, and we did that," Hoffman said.

In vault, the Blazers improved their fluidity and dismounts which resulted in the second place score of 42.975. Gymnasts such as Seidell and senior co-captain Taylor Smith provided forceful sprints and solid dismounts, varying their form with front handsprings with an impressive horizontal spin at the end.

In the final event on bars, the girls were consistent but faced a drawback when Seidell fell on her first giant, resulting in an 8.5 when she usually scores solid 9's. Despite this setback, the Blazers still won second overall in bars with 39.8.

The Blair gymnastics team finished the season with a record of 4-1 after finally winning against long time competitor and five-years undefeated B-CC. According to Wynn, the girls finished with the best record the Blair team has had since the gymnastics program started ten years ago. All of the gymnasts have been consistently improving with each meet. "The general level of our team has gotten better and better," Hoffman said. "People did better than they have been doing."

With a successful season behind them, the Blair gymnasts celebrate their hard work and look forward to the state competition ahead of them. Wynn reflected proudly on the girls' work and performances throughout the season. "They met my expectations and did more than that," Wynn said. "I'm very proud of the girls and all the work they've done. It paid off."

The girls' gymnastics team will compete in the state championship at Walter Johnson on Thursday, May 5 at 5:30 p.m.