Blair mourns the loss of a student

Junior Isaque Oliveira was a quiet student with big ideas. Friends remember how he was fun and caring. In class he looked for the big picture and pursued topics further. Early on the morning of January 31, however, Oliveira took his own life. He is survived by his mother and father, his older brother and his younger sister.

By going through Oliveira's texts, his family believes his actions may have been accidental as a part of a choking game, in which people try to suffocate themselves to reach a kind of momentary euphoria. In an email, Romulo Oliveira, Isaque's father, informed friends that he and his family believe Isaque was participating in this game. "After further investigation on his phone messages and computer chats history by his brother there is evidence that he had participated in a deadly game (probably the cause of his death) called the choking game or the suffocating challenge as some teenagers call it," Oliveira wrote. 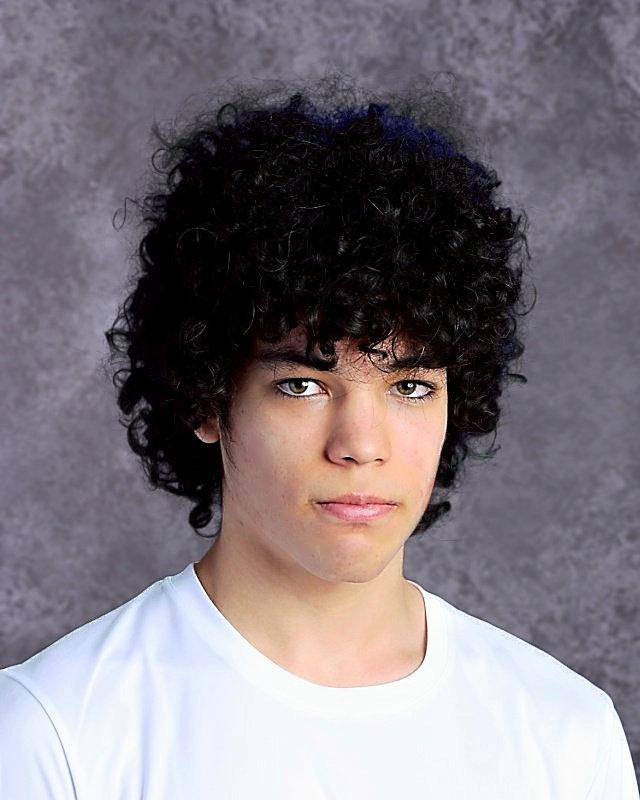 Principal Renay Johnson says that Isaque's family wanted to make sure that people know what happened to Oliveira so that the same does not happen to them. "His brother at the time said 'We want kids to know. We want boys to know that it's okay to ask for help, to not suffer in silence,'" she says. Following Isaque's death and her conversations with his family, Johnson also contacted a school parent who is a psychologist and who sent her information both on suicide and the so-called choking game.

Although he often kept to himself, Isaque was a very good friend to many Blazers. Many fellow alumni from nearby Pinecrest Elementary School and Eastern Middle School knew him for years. "He was more of a person that was for everyone else than for himself, so I think he would want everyone to have him in the back of his thoughts but still move on with their lives," junior Jason Amboo, a friend of Isaque's who met him in elementary school said. "He was never really about attention," junior Katherine Tran agrees.

Oliveira enjoyed hanging out, playing video games and having fun with his friends. Tran was one of Oliveira's close friends and appreciated him for always saying what was on his mind and for being himself. "I thought that it was really cool that he would say whatever he wanted and didn't really care what people think," Tran explains.

In the classroom, Oliveira was often quiet, but when he did speak, he did not shy away from asking important questions and providing insightful comments. According to English teacher Katherine Fliakas, who taught Oliveira for this school year's first semester, one of the important things that he brought to class was his inquisitive nature. "That 'But what else?' or 'Why?' That pushing for something more," describes Fliakas.

Beyond school, Isaque had big dreams. He considered being a professional fighter or working for his father's Brazilian hair extension business Hair Brazil, according to his counselor Rachel Greene. "He kept looking beyond high school," Greene says. He also thought more broadly about life. "Isaque had a lot of big ideas about the world. He was very philosophical and intellectual, but in a way that he was still figuring out for himself," Fliakas adds. In fact, Philosophy was one of the classes on Oliveira's schedule for this semester.

The loss of Isaque Oliveira is a tragedy that struck at the heart of the Blair community. He will be dearly missed by friends, family, and all of Montgomery Blair High School.

In the wake of Oliveira's death, Johnson brought in psychologists and counselors to help students. In addition, Blair has a school psychologist that comes every Monday from 10 a.m. to 2 p.m. with whom students can request an appointment through the counseling office.

Additionally, Fliakas assures that teachers are always there for their students. "If a student is ever going through a hard time and they feel like people don't understand, or they're not sure what to do, I just want all students to know that their teachers care," she says. Fliakas suggests that if students do not feel comfortable directly approaching a teacher with their feelings, they can also write an email or a note. Greene also emphasizes that staff members are available for students and want to help them. "Students might feel they have nobody to talk to and nobody to come to with their problems or their feelings. We, the counselors, are always here," Greene says on behalf of the Blair counseling department.

Whether a teacher or a counselor or another staff member, Blair is full of adults ready and eager to help students, and there is always someone to listen and provide support.

If you or a friend is struggling with depression or suicidal urges, please seek help. There are several support systems in place at Blair for students.