The Montgomery Blair Players are currently producing one-act plays as director and English teacher Kelly O'Connor works with local studio theater Lumina on a production of "Pericles and the Arabian Nights." This pushes back the schedule for other Blair productions, such as the play, which will take place in February, and the musical, which will be in May. 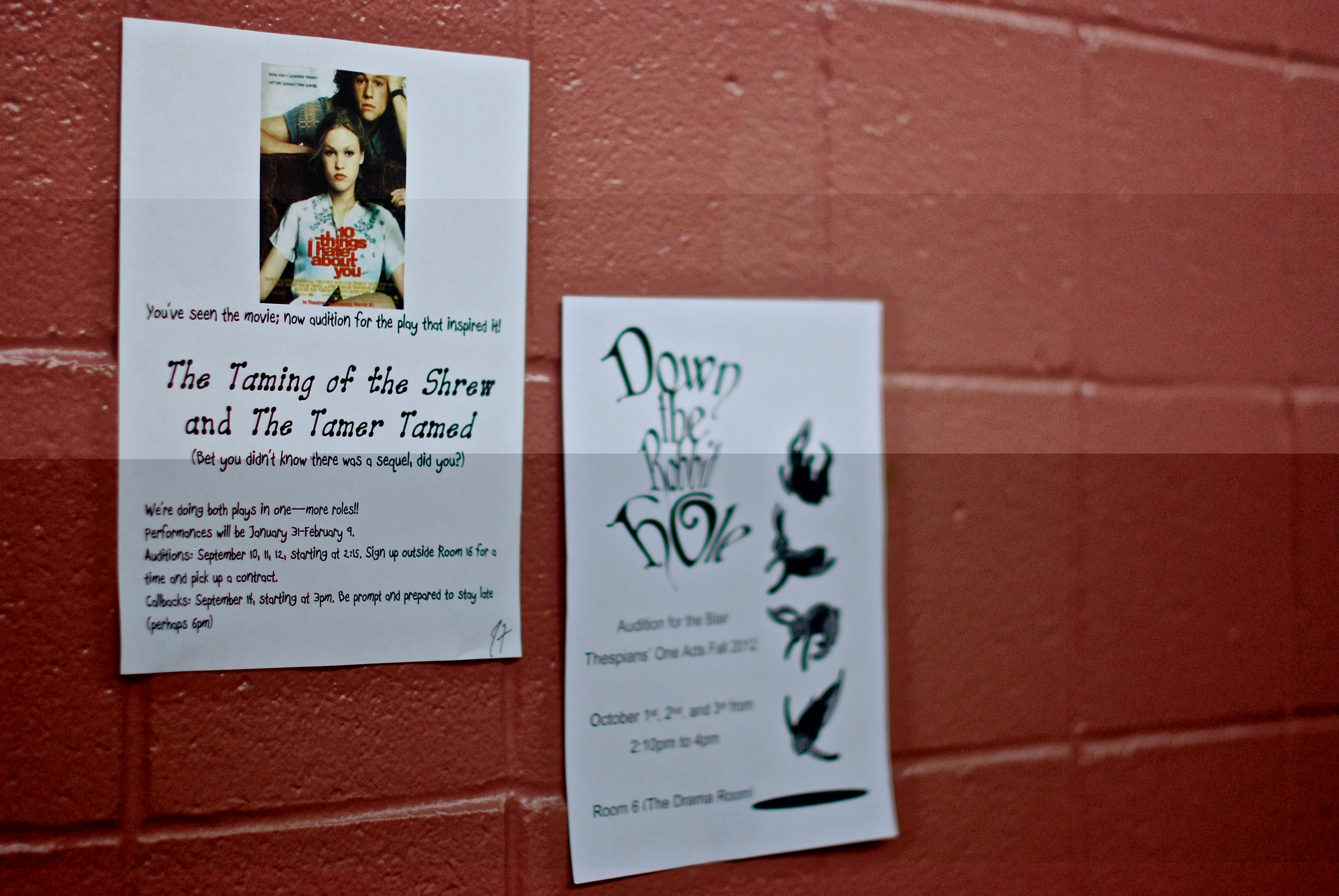 The current one-act directors, seniors Maya Davis and Clare Lefebure, have selected "Down the Rabbit Hole" for the production and have confirmed that the performance will be Nov. 16. Typically, O'Connor directs and produces the fall play in November and the spring musical in April, while the student-directed one act plays are in May.

An advantage to performing the play later than usual is that the leads can begin learning their lines two months before rehearsals begin. The stage crew will also have more time to construct sets and prepare for the production.

The fall/winter play, for which O'Connor has already held auditions, will be a combination of "The Taming of the Shrew," by William Shakespeare, and its sequel "Tamer Tamed," by John Fletcher. O'Connor's husband John, a director and Shakespeare scholar, had the idea to fuse the two texts due to the sexist views Shakespeare displays in "Taming of the Shrew."

"'Taming of the Shrew' is a play that can be unpalatable to people. Here is this feisty woman who is squashed by a man's control," O'Connor said. The "Tamer Tamed," by a friend of Shakespeare's ends the story on a more feminist note.

O'Connor decided that the performances will be black box style, similar to the 2010 production of "Macbeth." O'Connor described the black box setup as where the audience views the performance from risers on the stage, bringing the viewers much closer to the performers. "It's a great way of doing Shakespeare. It's in the tenth grade [regular] curriculum, so the teachers who teach 'Taming of the Shrew' are very excited," she said.

O'Connor also expressed enthusiasm over the diversity of the cast. "In my high school, theater was a little bit more closed. I really do try to have a 'share the wealth' philosophy. It's all grades, all populations. There's a lot of talent out there," she said.

The spring musical will be "Into the Woods," a musical that combines popular fairy tales and shows a darker side of them. It was O'Connor's first Blair production, in 1999.

Senior Mikayla Cleary, one of the student directors from last spring's musical, "Les Misérables," does not expect the schedule change to have a negative effect. "Theater is fun and it's going to be a good year even though everything's all mixed up," she said.