Teachers, alumni, and friends reflect on the 25-year-old’s legacy

On Dec. 31, Blair alumnus and Takoma Park resident Thomas “Tommy” Raskin passed away after a long battle with depression. Raskin, 25, graduated from Blair in 2013 and Amherst College in 2017 and was a second-year student at Harvard Law School.

Members of the Blair community say Raskin was a strong pillar of empathy while at Blair and left behind a legacy of compassion, intellect, and humility after graduation.

“He was really compassionate,” Raskin’s longtime friend Tom Agger said. “He had an immense amount of empathy for others… [It was] sort of inspiring for someone our age to just feel for everyone around them.” 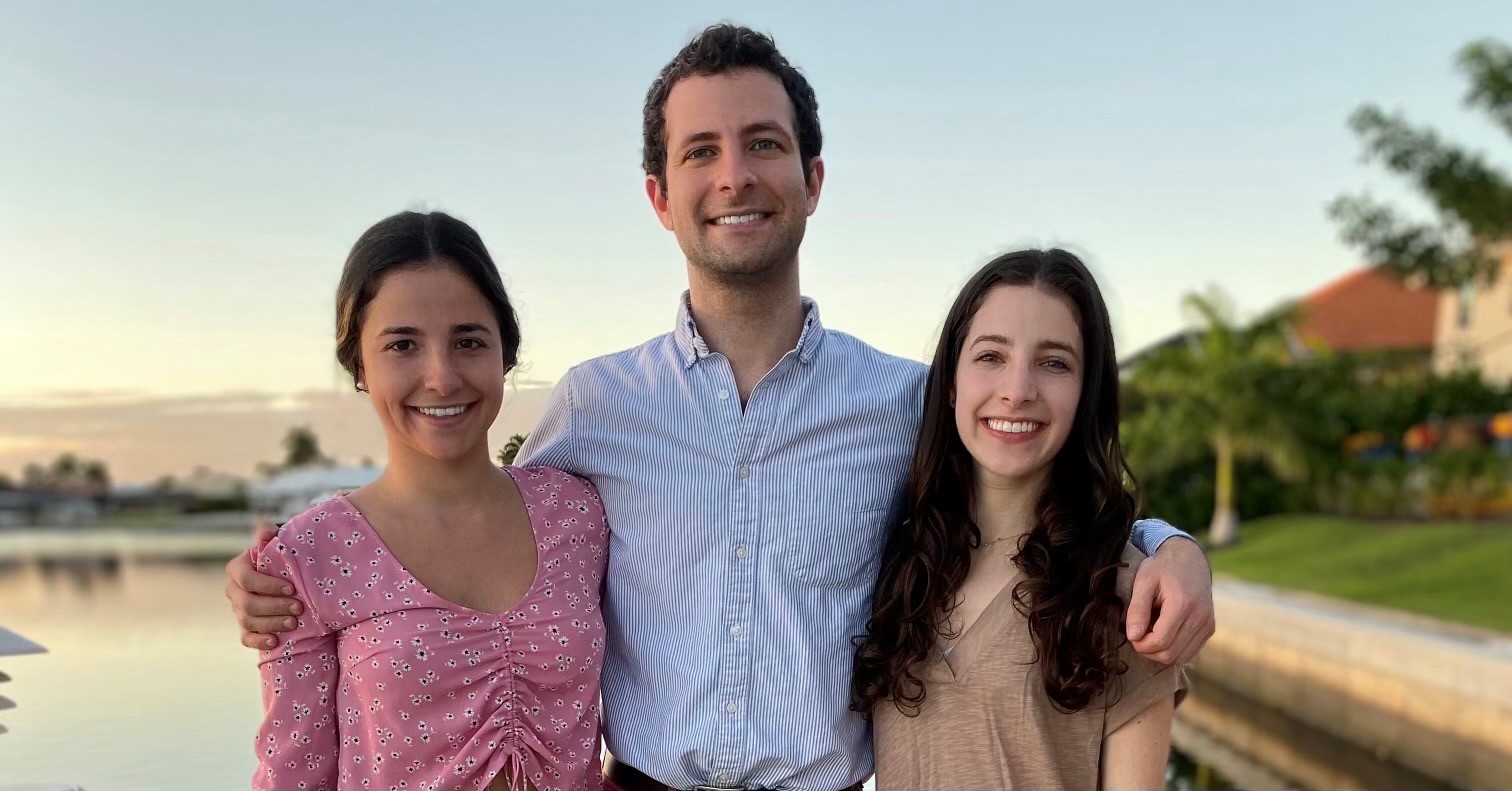 Photo: Tommy Raskin (center) was remembered as a pillar of compassion, intellect, and humility (Photo courtesy of the Raskin family).

“Tommy went on a campaign and went to all of the classrooms to recruit,” Cauley recalled. “We had close to 100 students volunteer to support students in all of the different areas from science, math, social studies, to English and special needs.” Cauley extensively detailed Raskin’s perseverance and commitment to uplifting his peers, citing these traits as primary drivers of the organization’s success.

After BLISS was established, Raskin contributed a portion of his own scholarship money to the organization. “One of the first scholarships that Tommy received, he donated all the proceeds he got to the program [BLISS] so that we could buy T-shirts for all the participants, celebrate the tutors, provide food in our meetings, and buy [graduation] tassels for the BLISS tutors,” Cauley said.

In addition to BLISS, Raskin was also a leader of the Jewish Culture Club along with Josh Schmidt, a peer of Raskin’s who also graduated from Blair in 2013. Schmidt said he and Raskin had been close friends since elementary school and described Raskin’s deep attachment to his faith. “We were co-presidents of the Jewish Culture Club, which was a really great time,” he said. “It was, I know, important for me… just to publicly embrace your Judaism,” he said. “[To] be proud of it. And he [Tommy] was always proud.”

Raskin’s immense heart for justice and eliminating inequality extended to the speeches he wrote for the Forensics club, which he captained from his sophomore to senior years. “Tommy always won a trophy in his event,” Margery Scanlan, the Blair Forensics coach from 2010-2020, said. “Many competitors are intimidated by Extemporaneous Speaking because it requires strong general knowledge and analytical skills. Tommy was well informed and carried newspapers and magazines with him to cite facts. He had the ability to construct a logical response with clarity and often a touch of humor.” 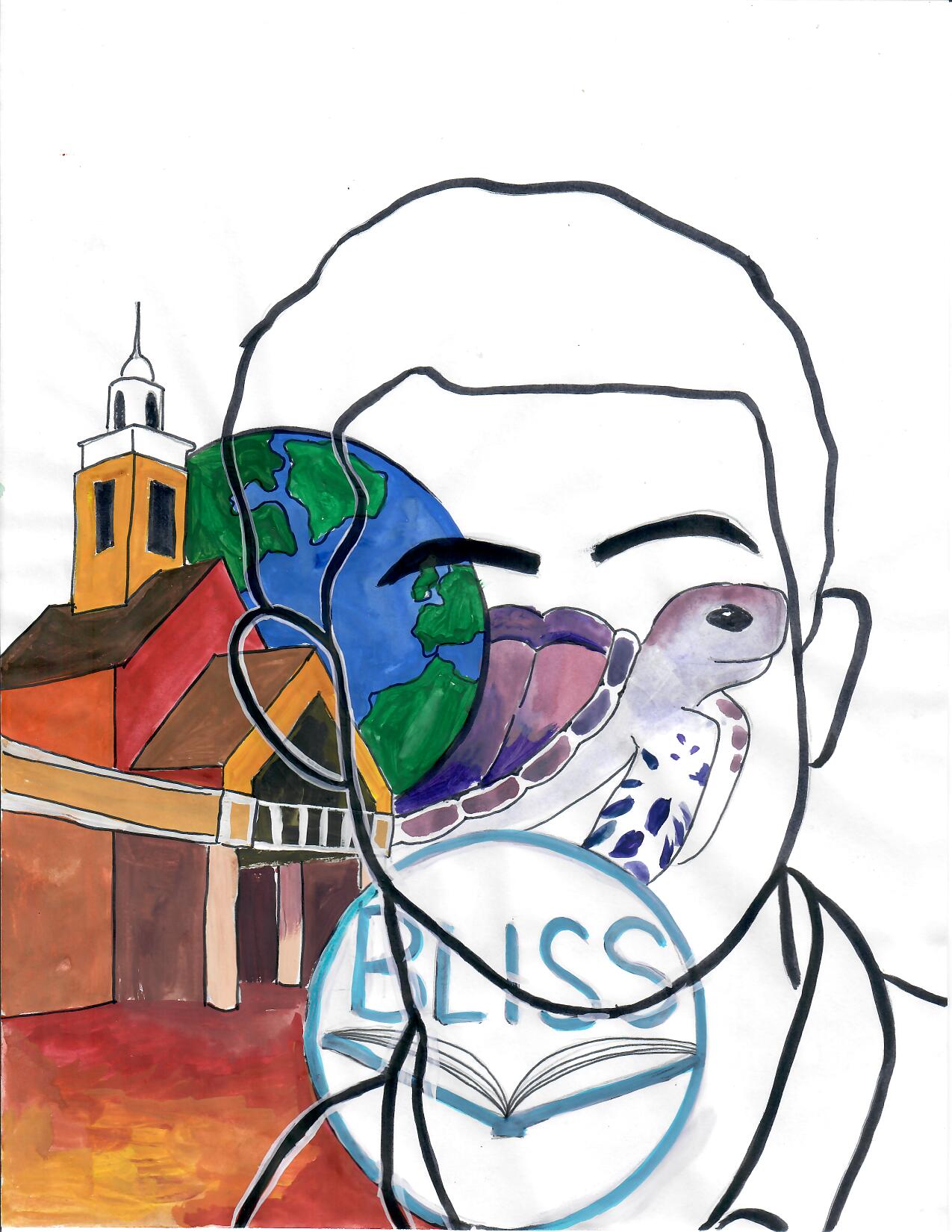 Photo: Tommy's heart for justice and empathy translated to his activities at Blair (Artwork courtesy of Angela Tu).

During the school day

Raskin’s speeches for Forensics often also found their way into different classes. CAP Seminar teacher Kevin Shindel recalled one of Tommy’s poems he still uses as an in-class example to this day. “He performed a poem called ‘The Word Game’ he wrote for my class in Forensics and won a number of awards. It discussed how we can differentiate overt types of racist speech versus more systematic institutional forms of racism. And this was in 2013, when not many, or not enough, people were familiar with systematic racism,” Shindel recalled.

Also inside of the classroom, CAP Honors English 9 teacher Dana Simel remembered Tommy as somebody who continuously blurred the line between teacher and student. “Once [Tommy] got on a roll, he and I forgot that he was the student and I was the teacher,” Simel said.

Simel specifically described a class discussion regarding philosopher Henry David Thoreau’s theories of self-sufficiency and self-righteous behavior. “We were reading Henry David Thoreau and the portion called economy. Thoreau writes in a [manner] which turns many students off, but Tommy was able to extrapolate ideas, even through the hubris,” Simel said. “After everyone left the class, I would look at [my composition assistant] and smile like ‘Oh my gosh, really Tommy?’ He was just that wonderful.” 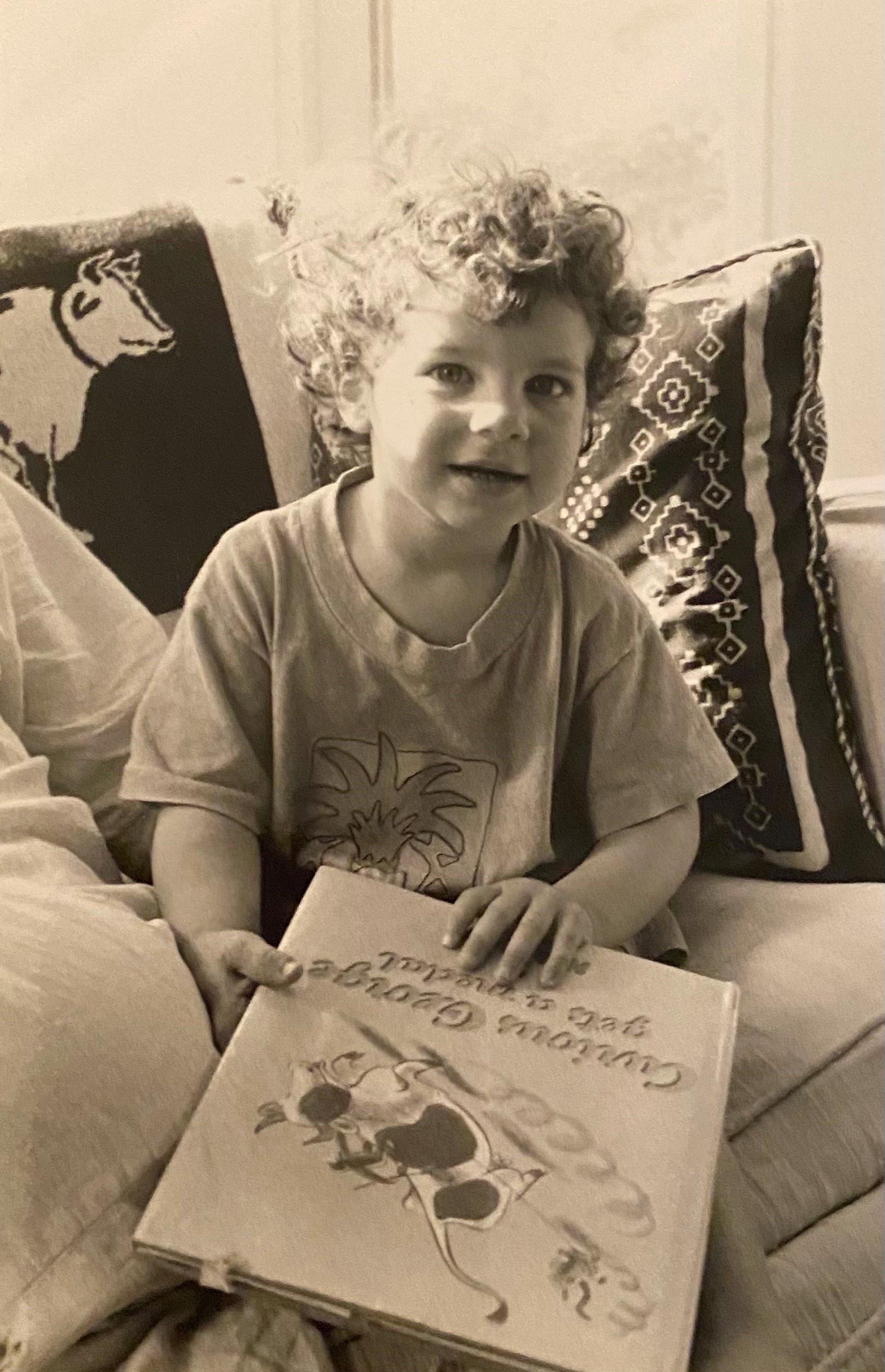 Photo: Tommy Raskin was an avid learner (Photo courtesy of the Raskin family).

Raskin wasn’t afraid to ask the hard questions, whether that be with his peers or teachers. Schmidt, another leader of the Jewish Culture Club, admired Raskin’s ability to facilitate deep discussions in both extracurricular and classroom settings, never plagued by cynicism or fatigue. “The teachers all loved him. The students all loved him. Tommy pushed you, and he pushed everyone. He asked [the] hard questions that maybe you weren't prepared to think about or didn't want to think about. There was just so much, and a favorite topic of his was the Israeli-Palestinian conflict,” Schmidt said.

Tommy was remembered by teachers and students as the person who always had his arm around someone who was being bullied at home or at school. Daniel Leventhal, who had known Raskin since they were three and graduated from Blair with him, described his innate sense of compassion. “He really did just care for others as a general principle,” Leventhal said. “Tommy was very much an advocate for peace, and I could tell that it came from a place none-other than his heart.” 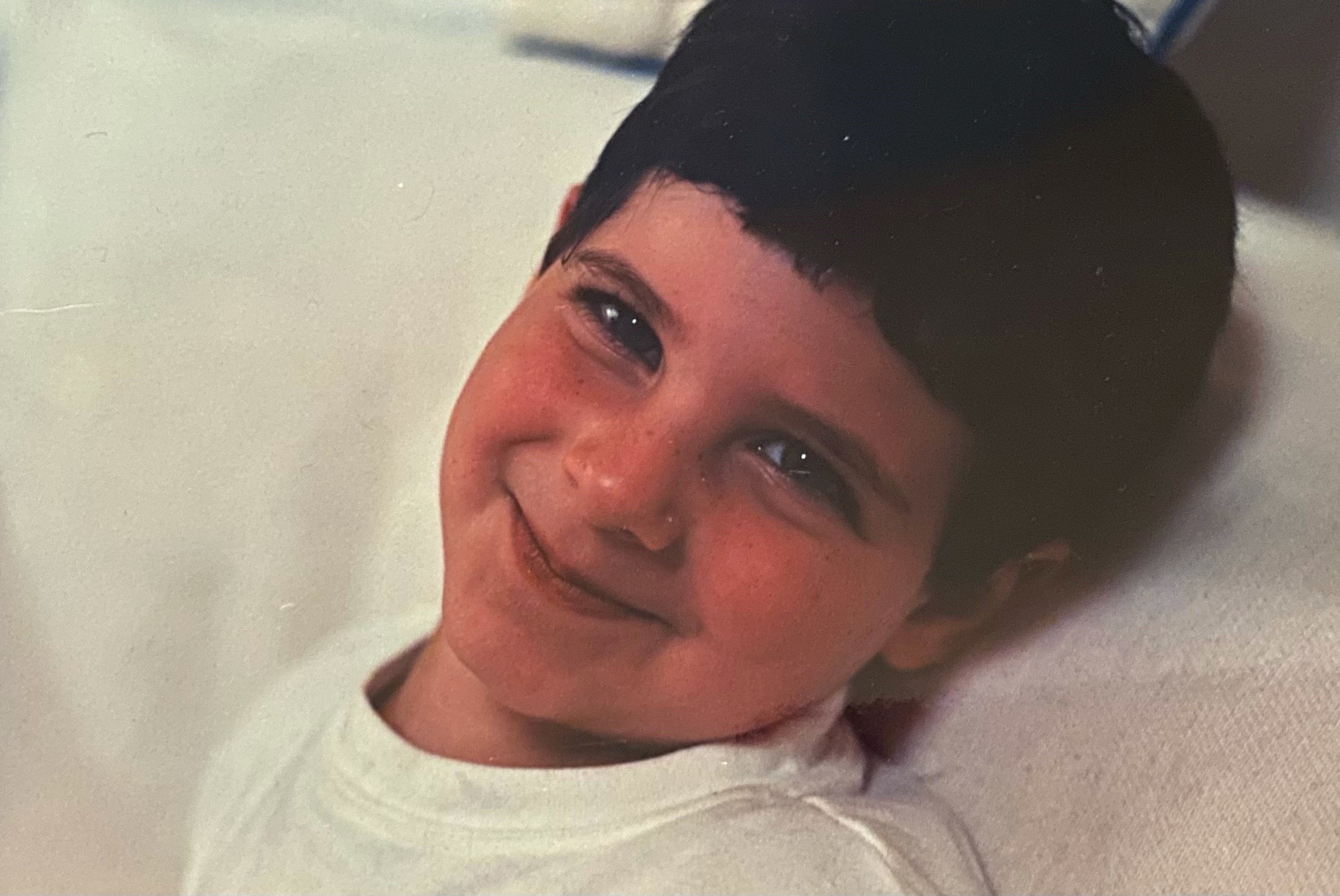 Photo: Raskin was remembered as "the coolest kid who didn't know he was cool." (Courtesy of the Raskin Family).

Shindel remembered Raskin as always being conscious of his place in the world, and his compassion and his achievements never superseded his humility. “He was very aware of his privilege and never looked down on other people because they lacked his kind of resources and lacked his upbringing,” he said. “That's where his greatness began, because Tommy was always the most humble person in the room.”

“His spirit was so grand, angelic—when you think about it, sometimes not even of this world,” Leventhal said.

Both Raskin’s peers and teachers said that while Raskin was deservedly celebrated for his compassion, there was another personal and witty side to him, too. “It's easy to talk about his achievements, but that's not all he was,” Agger—one of his longtime friends—said.

Schmidt echoed this sentiment with memories transcending Raskin’s accolades. “We watched a bunch of Bachelor episodes in his attic one time. We watched stupid Netflix movies,” he said. “I remember when Donovan McNabb was traded to the Washington Football Team. I was in his attic, and I remember exactly where I was. And it's just those little things,” he said.

His friends also said Raskin could light up the whole room with his booming laughter, particularly when around his sisters, Hannah and Tabitha. “His laughter was absolutely contagious, especially with his sisters. If him and his sisters were in the room, he would start laughing, and they would burst out laughing, and there was just no stopping them,” Agger said. 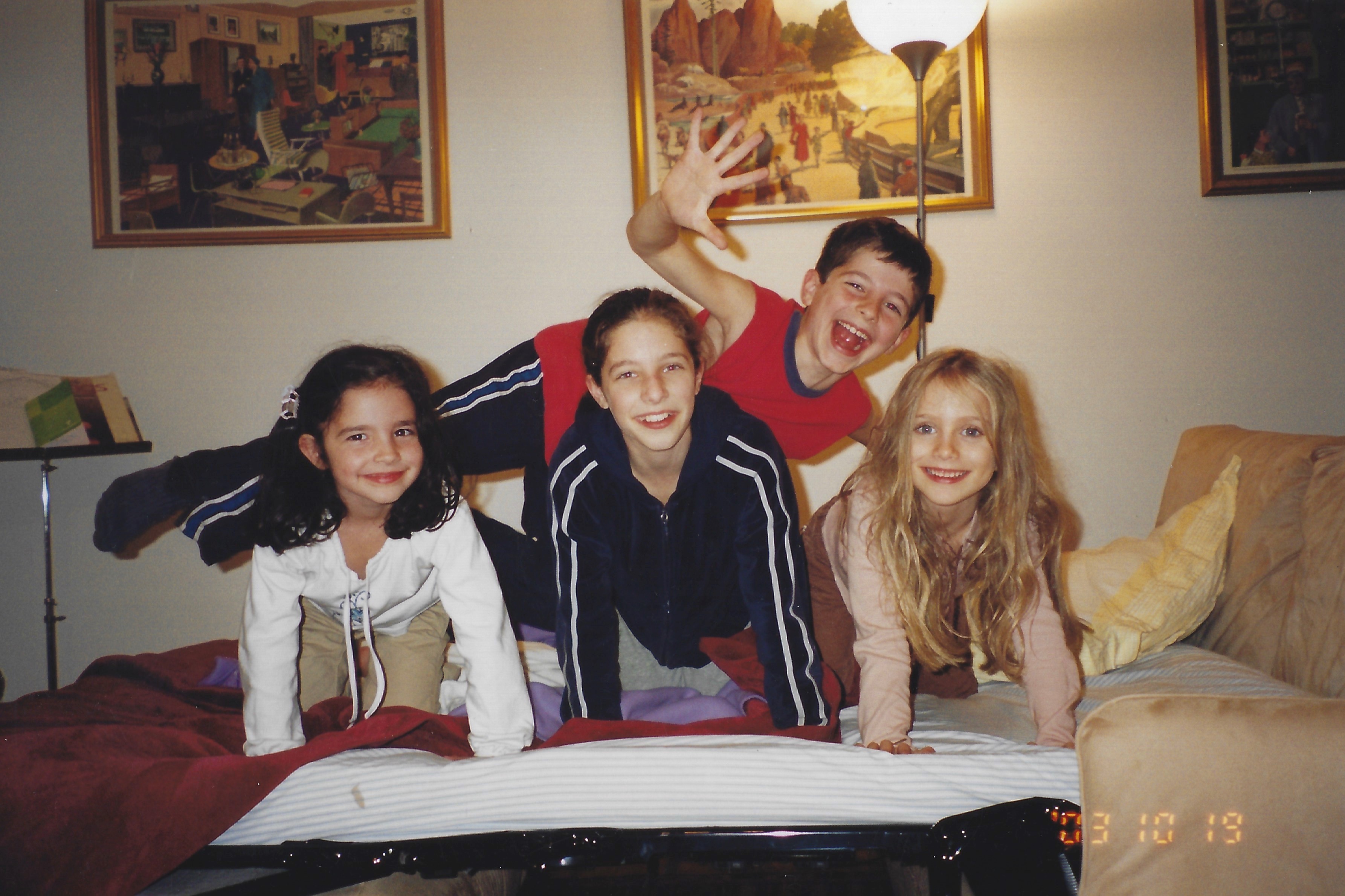 tommy and the girls

Photo: Tommy and the girls in France (Courtesy of the Raskin Family).

Agger specifically recalled a summer working as a cashier at a Cape Cod supermarket along with Raskin. He said his close friend’s mission was to make every customer smile. “[He would do] everything he could to try to cheer up somber customers that would waddle through that grocery store…He would do card tricks and tell jokes to these customers as they were checking out.”

Though this irritated their bosses by slowing down customers, Agger said Raskin never prioritized profit. “How fast business went was none of Tommy’s concern. [He just wanted] to make sure people were happy, which I thought was really amazing,” Agger said. “It made my time working there more enjoyable too.”

Following his passing, the Raskin family announced a memorial fund in Tommy Raskin’s name on Jan. 2, called the “Tommy Raskin Memorial Fund for People and Animals.” The fund will donate money to charities that Tommy Raskin supported and championed, such as the Helen Keller National Center for Deaf-Blind Youths and Adults and a Washington, D.C.-based animal advocacy nonprofit called Animal Outlook.

Leventhal feels that Tommy Raskin is aptly remembered by a line from Psalm 120: “I am for peace; but when I speak, they are for war.”

To donate to Tommy Raskin’s memorial fund, go to: https://cfncr.wufoo.com/forms/tommy-raskin-memorial-fund-for-people-and-animals

If you or someone you know is having thoughts of suicide, call the National Suicide Prevention Lifeline at 1-800-273-8255, or locally call the Maryland Youth Crisis Hotline at 800-422-0009 for emotional support.