The Blair science team won the Maryland High School Science Bowl for the second year in a row last month. They will move on to represent Maryland at the 25th annual National Science Bowl held from April 30 to May 4 in Washington D.C. The team is made up of students Arnold Mong, Bendeguz Offertaler, Eric Lu, Matthew Das Sarma and Michael Winer and is coached by Blair science teacher Tran Pham.

The Blair team placed fifth nationally in the National Science Bowl last year and has four of its five members returning for this year's competition. "It's almost exactly the same team but we're a year older and we've been practicing a lot more than we did last year," senior captain Michael Winer said. Another advantage that this year's team has over last year's is their work ethic. "We studied very hard. Last year the team only got serious studying a week before the contest but this year we've been studying the entire year and practicing very seriously," senior Matthew Das Sarma said. The team holds practices every Thursday after school and during both lunches on Friday. 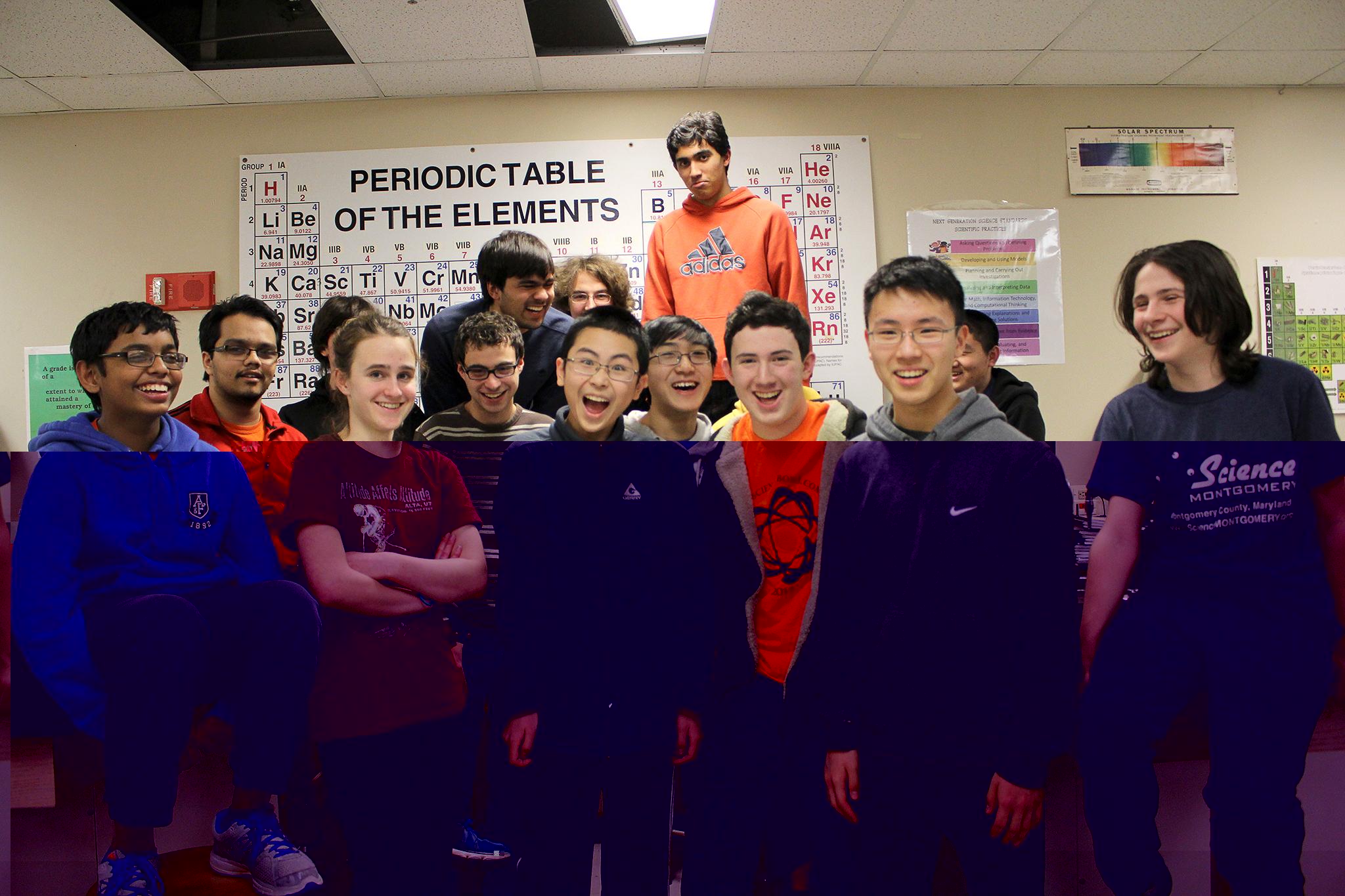 Photo: Blair has three science teams: the A, B and C teams.

Photo: Blair has three science teams: the A, B and C teams.

During their practices, the science team tries to create an atmosphere similar to that of the competition through answering questions from previous contests and using buzzers. "The practice is mostly to make sure we stay in buzzing shape and we're able to stay fast. Then we study independently at home to learn more science," Das Sarma said.

According to the U.S. Department of Energy, who sponsors the National Science Bowl, the teams "face-off in a fast-paced question-and-answer format, being tested on a range of science disciplines including biology, chemistry, Earth science, physics, energy, and math."

Blair has three science teams: the A, B and C teams. The C team is made up of exclusively ninth grade students and the A and B teams are a mix of tenth, eleventh and twelfth graders. They are very selective, with tryouts determining who makes it on one of the five-person teams. Both Das Sarma and Winer have been on Blair science teams for all of their four years at Blair as well as on the Takoma Middle School team in eighth grade. They are now both members of the A team. Last year the A team lost to the B team in the state competition and Winer began to fear a repeat this year as the B team improved. However, he has since regained his confidence in his team and feels optimistic about the national competition. "I became more confident again last month when we got our act together," he said.