Blair sophomore Christina McCann is officially in the running to become the next Student Member of the Board (SMOB) for the 2013-2014 school year. As a nominee, McCann is the first Blair student to have filed for the position of SMOB since 2007 when then-junior Will Bucher was placed on the ballot. 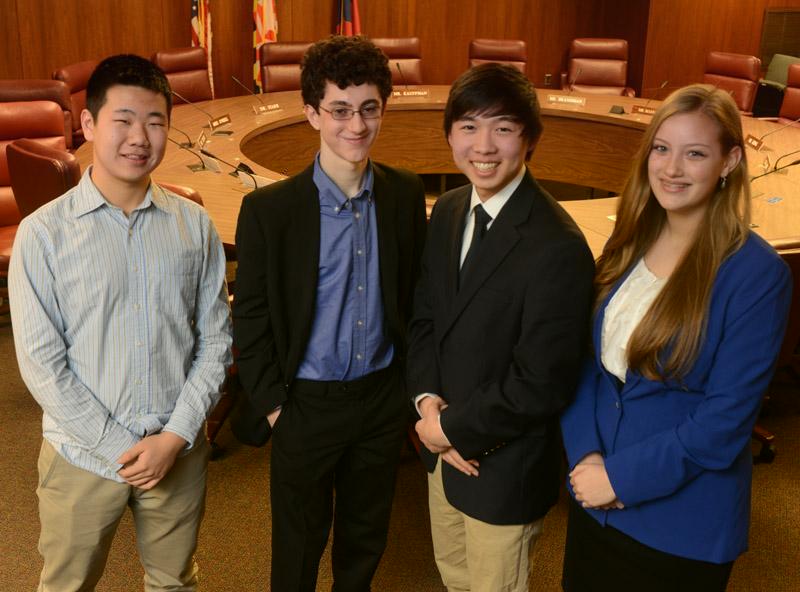 McCann will campaign against four other candidates, junior Justin Kim of Poolesville High School, junior Sean Musgrove of Sherwood High School, sophomore Richie Yarrow of Richard Montgomery High School and junior Andrew Zhang of Richard Montgomery High School. The Nominating Convention, which will be held on March 7, is when the candidate pool will be reduced to the final two candidates for the ballot. From there, students and administrators will be learn about the stances of the two candidates, which includes the "Meet the Candidates" T.V. show, featuring a panel discussion with the candidates. Finally, election day will take place on April 24. 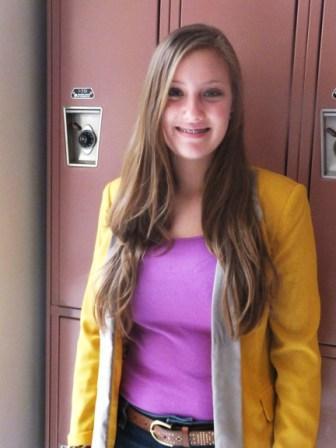 Photo: Sophomore Christina McCann is running to become the 2013-2014 SMOB.

Though the only initial requirement is submitting a form in February, McCann actually started building her campaign since last summer, by getting on social media and educating herself about regional politics. "I have started paying attention to everything on the MCPS website and articles about the [Board of Education (BOE)], County Council, and state," McCann said. "I've read the proposed budget, which I have never entirely done before now and have met and corresponded with my campaign staff about new ideas."

In preparation for running for SMOB, McCann has held various leadership roles throughout middle school and high school. "I have been involved with county student government for four years," McCann said. McCann is currently the Public Relations General Deputy for the Montgomery County Regional SGA (MCR), a press correspondent for the Student Advisory Council, a member of the Young Democrats club at Blair and a Girl Scout.

In addition to holding these positions, she has also testified at annual BOE Operating Budget hearings, participated in a roundtable for Commission on Children and Youth and worked on an "Education Matters: Student Voices" talk show with BOE president Shirley Brandman. 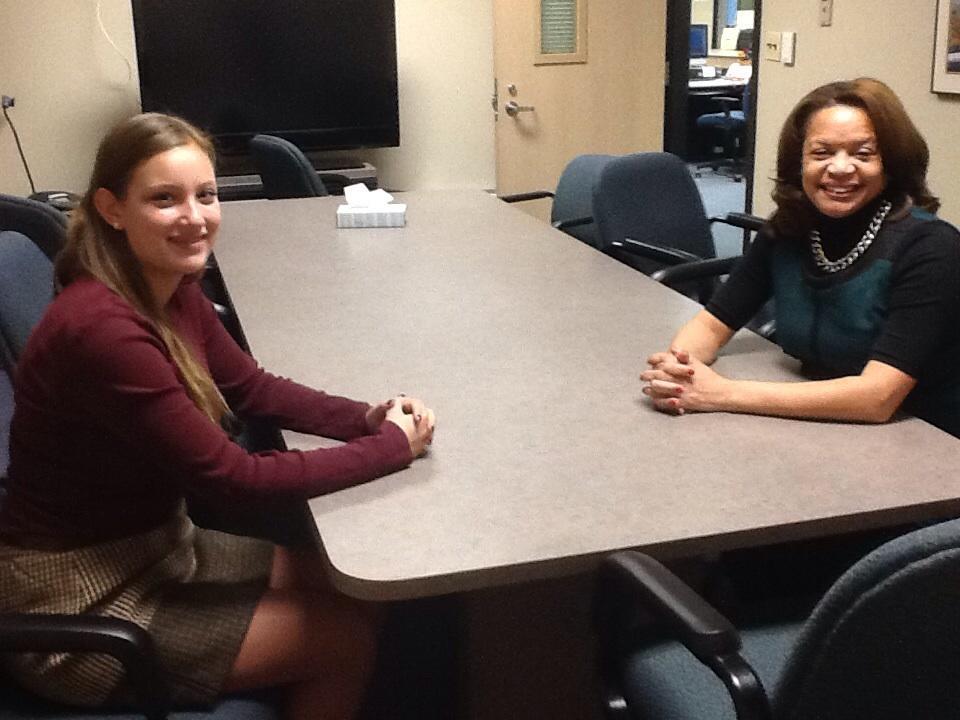 Photo: McCann sits down with Principal Renay Johnson to discuss her goals.

Many Blair staff members and students have shown support for McCann's campaign. Junior Liam Johnstone posted, "ENDORSED" on McCann's campaign page on Facebook, while Principal Renay Johnson tweeted on Jan. 8, " A nice conversation with Christina McCann, on her goal to become MCPS' SMOB! You have my endorsement! @Christina4SMOB." McCann has also used her connection with the Young Democrats club at Blair to volunteer at Maryland State Senator Jamie Raskin's birthday party for a chance to speak to some local politicians.

With the Nominating Convention coming up, McCann continues to work on her campaign as the competition dwindles down to the final candidates. To find some brief information on the candidates, click here.