Blair to host its own inaugural ball

Event provides a way for Blazers to celebrate historic election

Blair will host its first pre-inauguration ball on Jan. 17 from 8 - 11 p.m. in the Student Activities Center (SAC) to celebrate the election of President-elect Barack Obama. Both Obama and Vice President-elect Joe Biden have been invited. The event, themed "Yes We Can," is open to all members of the community. Tickets cost $10 and are now on sale in the financial office. 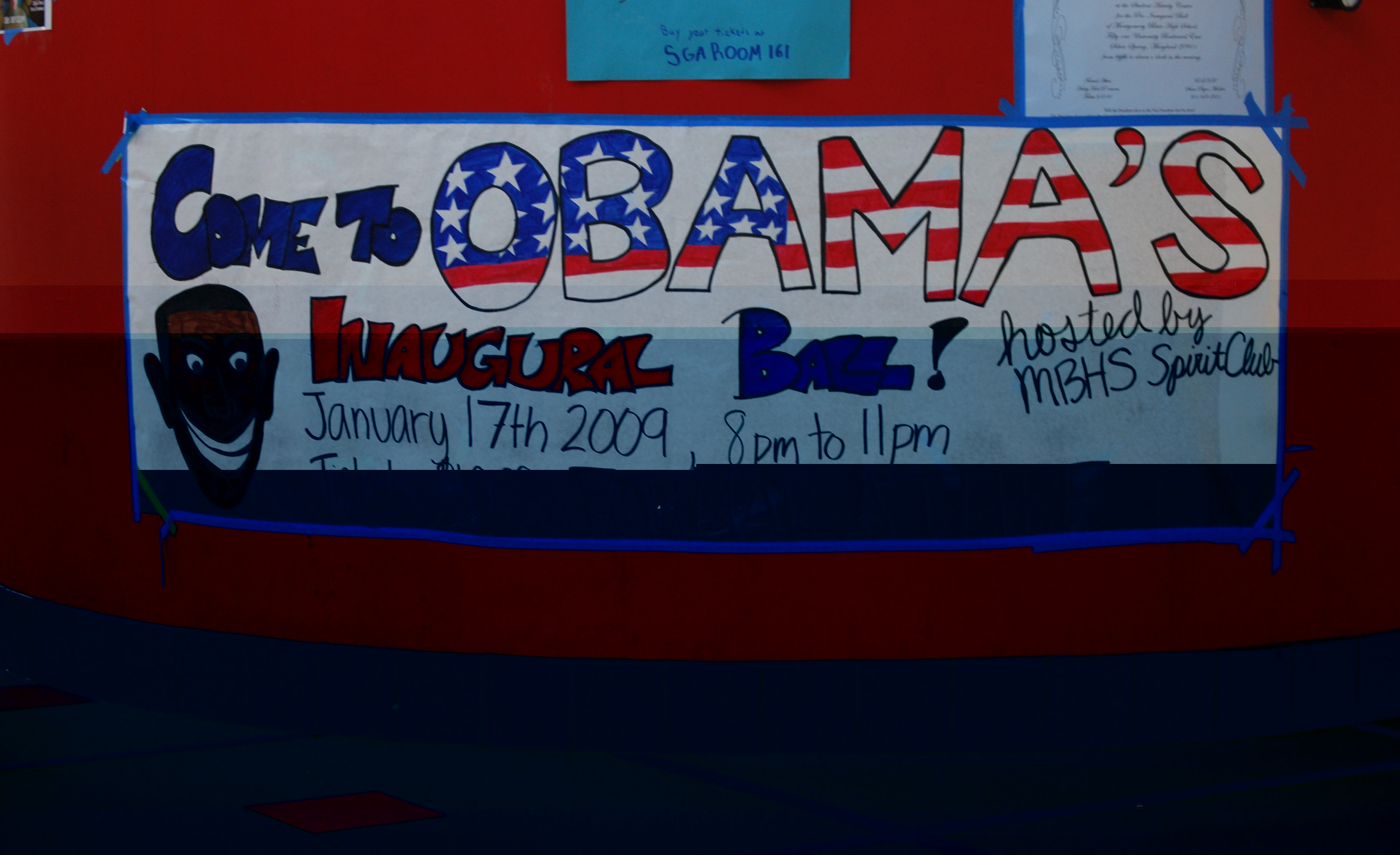 Photo: Blair will host its own inaugural ball on Saturday.

Photo: Blair will host its own inaugural ball on Saturday.

Madden hopes that the affordibility of tickets will help accrue a larger number of guests. "It's the cheapest ball in town," she said. Still, she plans the event to be as formal as the more costly inauguration balls. "We're not asking guys to rent a tuxedo, but we ask that you wear a suit," Madden said.

Two of Blair's jazz bands and student-run a cappella group InToneNation will provide musical entertainment for the evening. Technology education teacher Christopher Harrison will deejay for the latter portion of the evening. "There will be music for everyone," Madden said.

At the ball, Madden plans to serve guests fruit punch and hors d'oeuvres. She has asked parents to provide small desserts and welcomes any additional "finger food" donations from members of the community.

To boost the sophistication of Blair's inaugural ball, Madden has sent invitations to several celebrity guests. Besides Obama and Biden, she has invited Maryland Governor Martin O'Malley, Lieutenant Governor Anthony G. Brown and numerous school board and county council officials. Montgomery County Council member Valerie Ervin is the only confirmed celebrity guest so far. Madden encourages everyone with celebrity ties to invite public figures to the event.

Madden first envisioned a Blair inauguration ball after recognizing the selectiveness and extravagance of most other inaugural balls. She wanted to make the experience accessible for all types of people in the Blair community, including herself. "I couldn't get a ticket to an inauguration ball," Madden said. "I thought, I'm going to have my own ball. Maybe we should have a ball here at Blair."

Blair's inaugural ball will serve not only as a celebration of a historic election, but as a night of fun, according to Madden. "We've been kind of sad lately at Blair," she said. "It's time to do something that's cheerful and everyone can be a part of."

If you are interested in assisting with Blair's inaugural ball, or can provide food or other services, contact Susan Madden or PTSA coordinator Beth Martin.