Blazers take victory in volleyball's Battle of the Boulevard

The Blazers dictated the game from the very beginning. Strong net play, including a couple hard spikes by sophomore Eric Chen, allowed the Blazers to put away the first game by turning a slim 14-11 advantage into a 25-15 victory. The second game saw this trend continue with the Blazers extending a 17-13 lead into a 25-17 victory.

The third set was where Northwood fans gained a little ounce of hope. The Gladiators took advantage of some Blazer miscues, including several unforced errors into the net and missed opportunities to spike due to mistimed jumps on good sets. Northwood also took full advantage of their surroundings by winning a crazy point that included the ball bouncing off the backboard of the raised basketball hoop, which sent the bench into a frenzy, allowing them to pull out to a 19-10 lead. 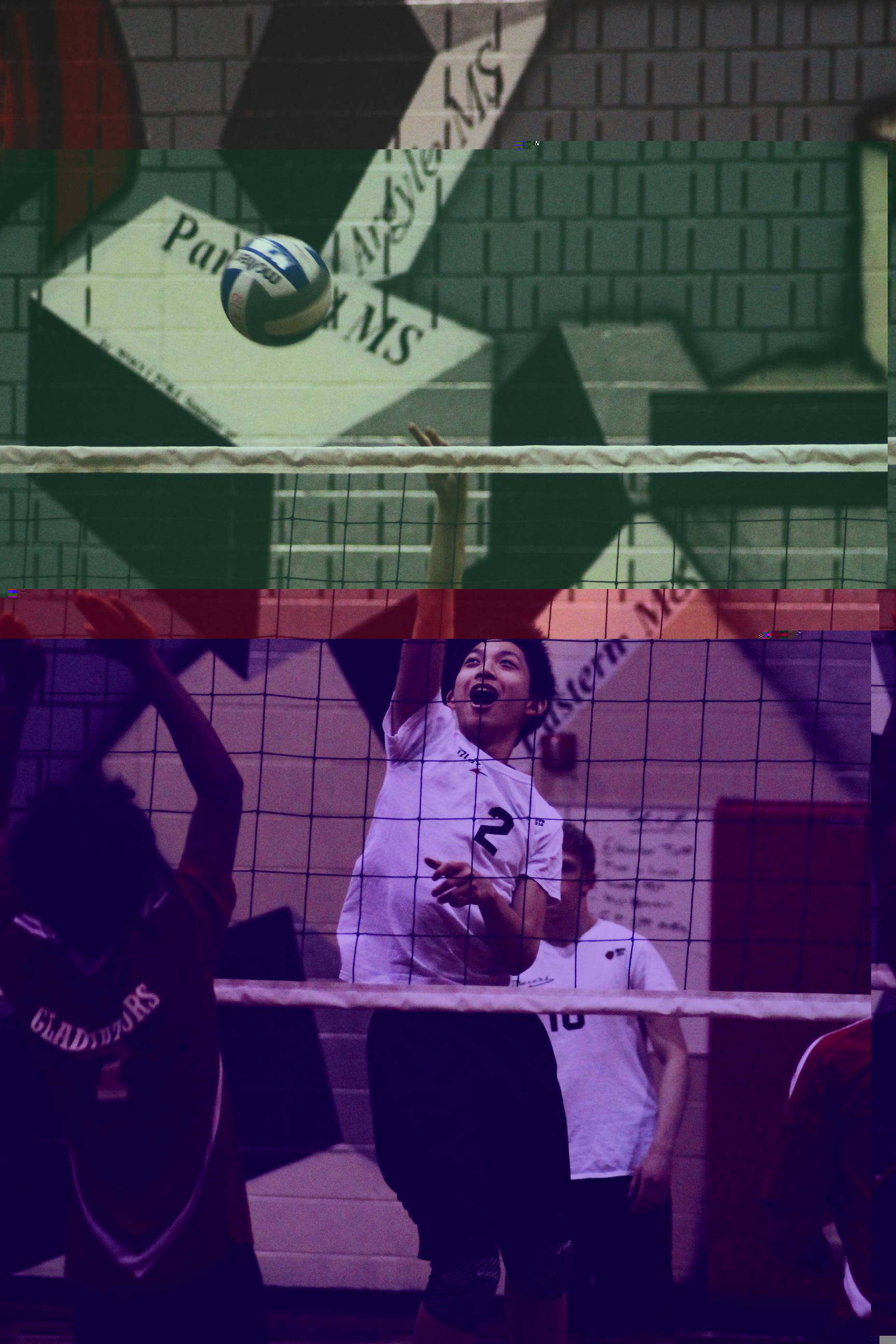 Photo: Sophomore Albert Wang goes up for a spike in the Blazers win over Northwood

Photo: Sophomore Albert Wang goes up for a spike in the Blazers win over Northwood Photo courtesy of Sam Howells.

But the Blazers would not go away quietly. Correcting their earlier mistakes, they pulled all the way back to tie the game at 24. However, at that point the Blazers had inserted some of the less experienced players into the lineup, and they subsequently lost the set in deuce by a score of 27-25.

By the fourth game, the starters were back in and continued to cruise as the Blazers took the game 25-15, ending the match. Coach Chris Liang cited having fun as the key to the Blazers victory.

"They actually had a lot of fun, having fun usually keeps them relaxed and loose, so they're able to move around and do what they need to do on the court," he said.

But he also acknowledged that there's still work to be done, especially when it comes to serving and receiving serves.

"Serving is the biggest thing. Basically we have trouble serving and receiving a serve, he said."

Working on skills will be of the utmost importance as the team gets ready for a showdown with defending county champions the Wootton Patriots on senior night this Wednesday.