The Maryland-National Capital Park and Planning Commission (M-NCPPC) is replacing the playing surface of Blair's artificial turf field after concerns arose from an October 2016 inspection. Construction began in January and is expected to last until March.

Blair's turf field was last replaced in 2009. In August of 2016, M-NCPPC inspected the field and determined that it was safe for play. However, that October, another inspection by M-NCPPC indicated safety problems.

Mike Riley, Director of M-NCPPC, explained that the turf field was in poor condition. This may have led to player-injuries such as foot lock and ankle and knee sprains. "The carpet on the artificial turf field at Blair High School has deteriorated and is heavily worn. It needs to be replaced," Riley said.

Junior Matt Siff, two-time veteran and back-up quarterback of Blair's varsity football team thinks that the new turf field will be a key asset for the 2017 football season. "I'm glad it's getting replaced to prevent future possible injuries. I hope it brings a lot of excitement for the upcoming football season," Siff said. 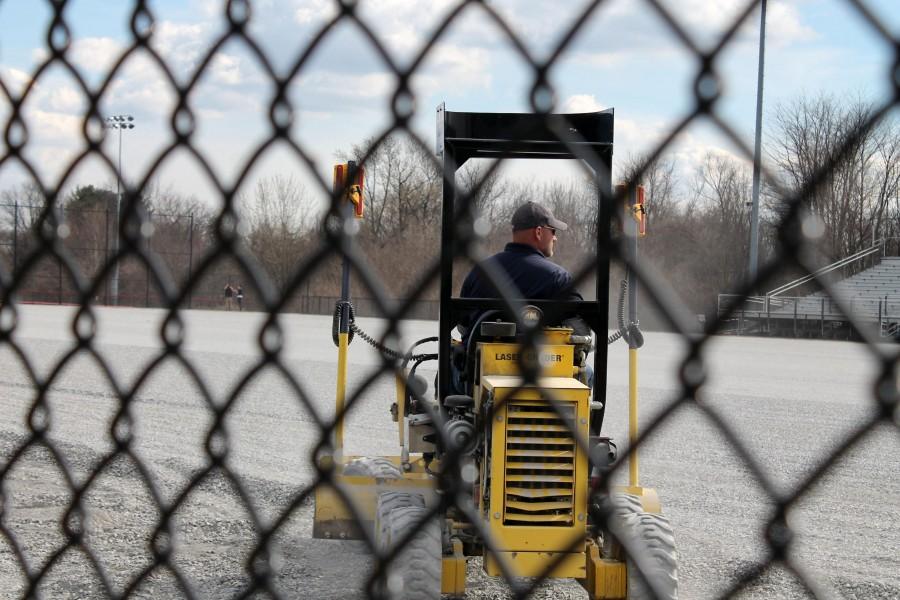 Photo: Construction on Blair's turf field started in January and is expected to last until March.

Photo: Construction on Blair's turf field started in January and is expected to last until March. Photo courtesy of Morgan Casey.

The infill of the new turf will be comprised of natural materials, such as coconut husks and cork. Additionally, a shock-absorption pad will be installed under the carpet to minimize player injury. The new pad adheres to recently revised shock absorbency standards that aim to reduce injuries. Construction areas are marked off by signs and fencing in order to protect students and community members.

M-NCPPC chose to construct the turf field from January 2017 up until March in order to avoid interfering in major sports' practices. The field is expected to be ready for spring and fall sports. "In order to assure the safety of athletes and minimize disruption to play, the field's playing surface will be replaced over the winter months while demand is relatively low," Riley said.

Boulé estimates that the turf field will cost between $500,000 and $750,000. The cost of the new field is likely comparable to the cost of Churchill's new turf field from 2015, which cost approximately $1.3 million.