Boys' lacrosse destroys Kennedy in the first round of playoffs

The Blair boys' varsity lacrosse team (7-6) entered their first playoff game Wednesday afternoon at home against Kennedy. After beating the Cavaliers 10-1 when the teams met during the regular season, the Blazers came out looking strong and confident. They ended up winning by 17 goals, and kept their first clean sheet of the season.

As the game began, it became clear very early on that it was going to be a rough one for Kennedy. After winning the faceoff and quickly moving the ball into their attacking third, Blair began probing the Cavaliers' defense for flaws. They finally found one two minutes into the quarter, when a cutting pass from Sean Tan found senior Eyal Li, who easily beat the Kennedy goalie for Blair's first goal of the half. An almost identical play minutes later saw Li's second goal of the game, with another assist from Tan. Over the next seven minutes, the Blazers continued to utterly dominate the game. Another three goals from Li, as well as one from sophomore Paul Moser, ended the quarter with a score of Blair 6, Kennedy 0.

"Didi [Li] now has over 100 goals for Blair, so that was huge" Coach Christopher Brown said. "Going into playoffs we really stressed a more productive offense, and we got it. We actually had to hold off on shooting; everyone had to get a touch before we could go for net." 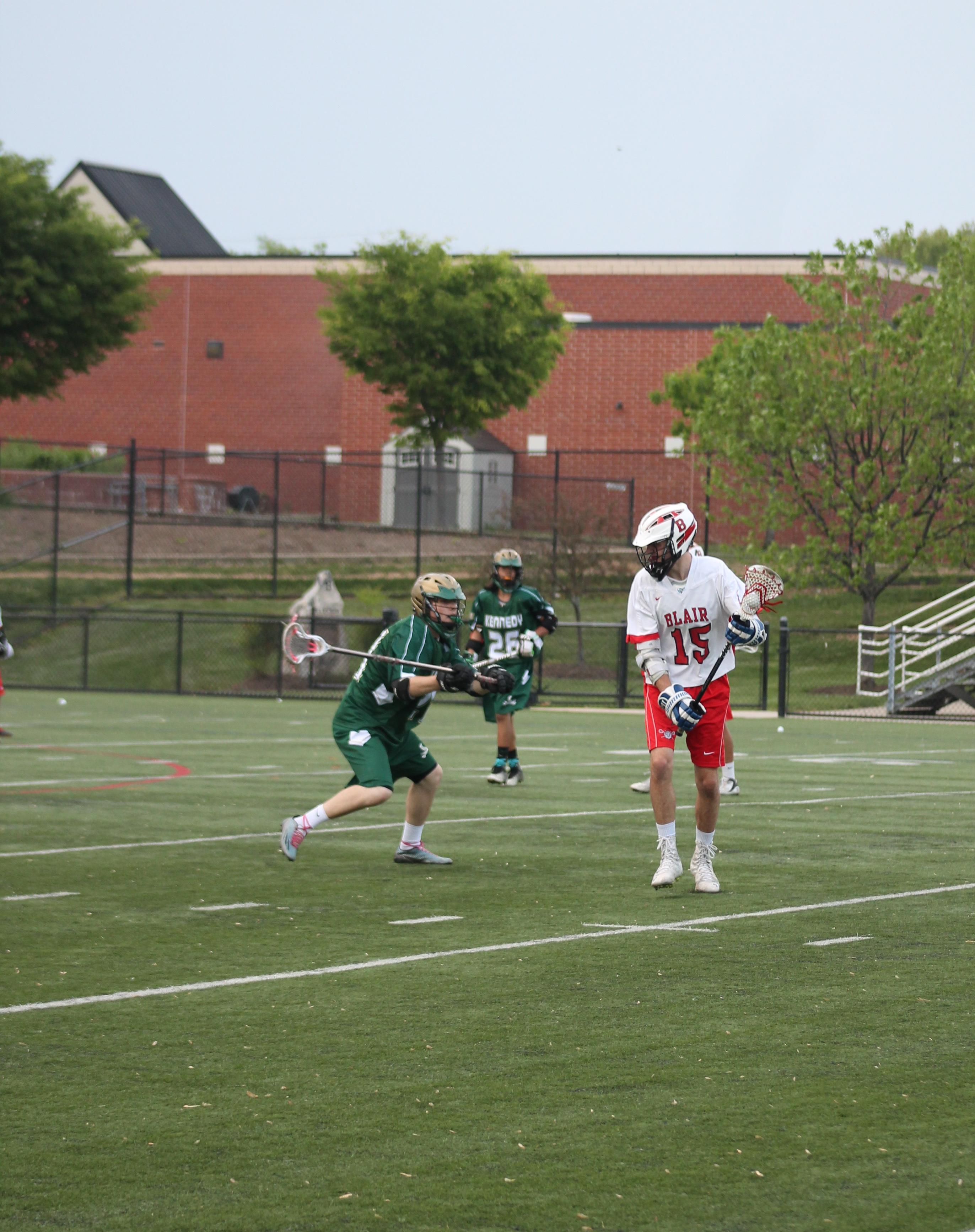 The Blazers continued their hot streak in the second quarter. Junior Matthew Guerrera scored off of a quick pass from Moser less than a minute into the game, and midfielder Alexander Boris put another past the Kennedy goalie minutes later (with an assist from Guerrera). As Kennedy struggled to keep possession, Blair mercilessly tore their defense apart again and again. The half ended with Tan, senior Yonis Blanco, and junior Ahrdesheer Mudd each scoring a goal apiece.

"It was the game of our lives," Guerrera said, "Everything was just clicking from our defensive line to our forwards."

"It was good, obviously," Blair goalie Ashe Durban said. "There was some good offensive intensity, and our defense was solid."

Blair scored four more goals in the third quarter as their momentum carried them past the Kennedy defense again and again. Blanco, Tan, and Guerrera all got another goal each. Li also added to his count. The quarter ended Blair 15, Kennedy 0.

As ominous clouds rolled in above the stadium, Blair continued their scoring streak. Tan and Guerrera managed to find the net another two times, and the game ended Blair 17, Kennedy 0. Blair will now take on the Blake Bengals away this Friday in their second playoff game.

"If we come out with the same intensity, we'll do well," Durban said. "Our defense can shut down anyone. It'll be a close game."

"We need to carry the offensive productivity into the Blake game," Brown said, "We'll also switch up the defensive personnel a little. Adrian [Kombe] is back from his concussion tomorrow, so we'll be at full strength."