Blazers get conquered by the Wildcats

With parents and fans watching in the stands, the Blair boy's lacrosse team (5-5) met the Walter Johnson Wildcats at home for the first time this season. Despite coming out strong, the game slipped away from the Blazers until it finally ended with a score of Walter Johnson 16, Blair 5.

The Blazers began the game with heads held high. After conceding an early goal to the Wildcats, Blair junior Matthew Guerrera retaliated with a hard shot past the Walter Johnson goalie. As the period went on, however, the Wildcats began connecting more passes and settling into a rhythm. Despite a physical and stalwart Blair defense, they managed to put in another three goals before the end of the quarter.

The second quarter started with more of the same. Two Walter Johnson goals within the first minute started a hot streak for the Wildcats, as they racked up easy goals against the Blazers. Blair's defense struggled with picking up Walter Johnson forwards, although goalie Ashe Durban valiantly kept his team in the game with save after save. With six minutes left on the clock, a pass from senior Eyal Li led to a hard shot past the Walter Johnson goalie from Blair midfielder Yonis Blanco. However, things quickly got worse for the Blazers minutes later when defender Adrian Kombe was forced to leave the game with a concussion. With just over a second left on the clock, the Walter Johnson goalie launched the ball the full length of the field. A Wildcat forward miraculously caught it and put it into the back of the net, ending the half Blair 2, Walter Johnson 8. 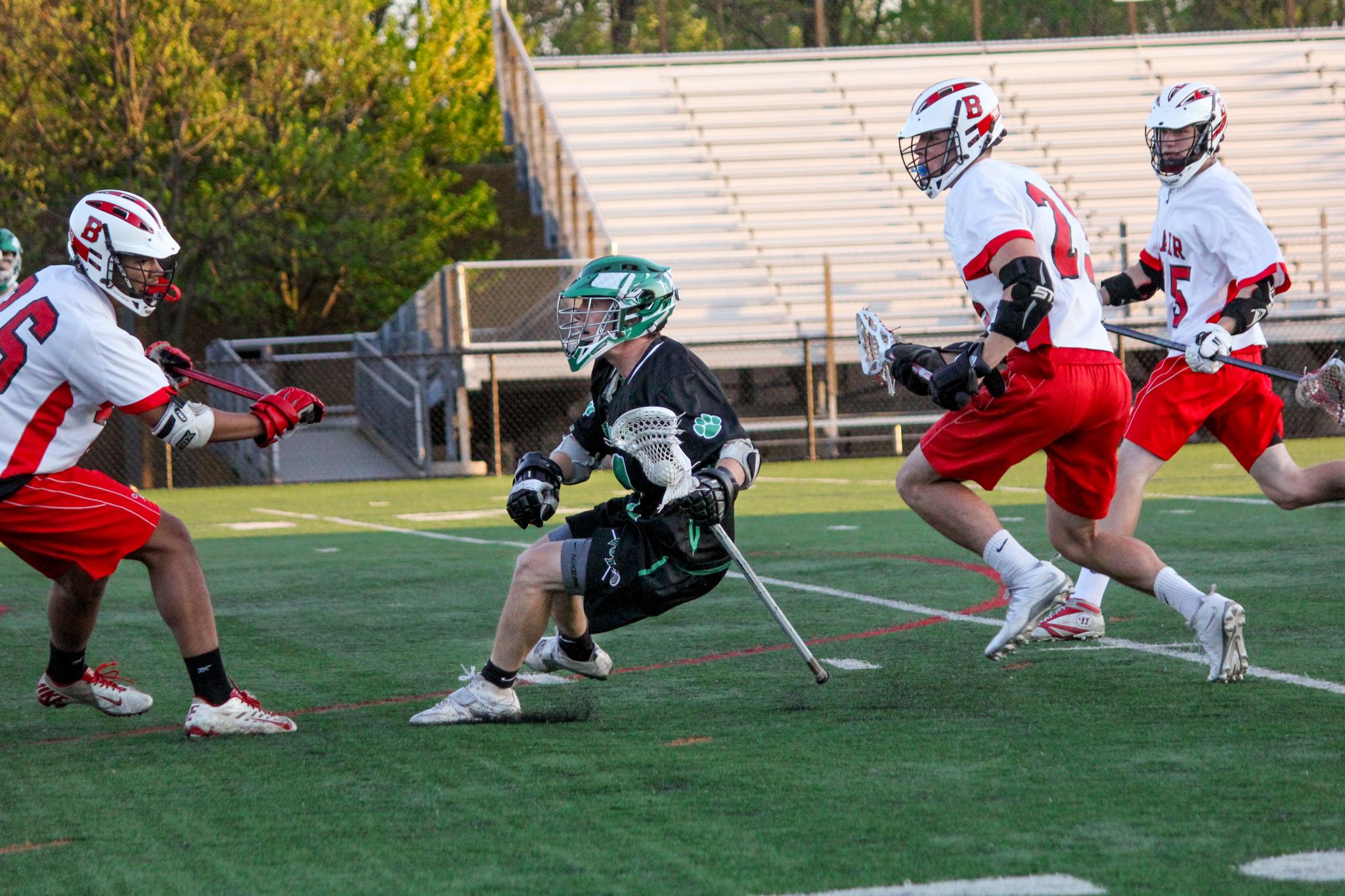 "Ashe was amazing," coach Christopher Brown said, "and our defense was good. Josh [Agu], Eddy [Hernandez], and Adrian [Kombe] are solid poles, they can defend against the best forwards in the division. There's just something missing."

"We need to develop a sense of competition and put everything we have into the game," Guerrera said, "We also need to stick with the people we know can play good lacrosse and finish. We try too hard to play a lot of people and instead need to focus on developing a consistent team."

The second half opened with more of the game. Despite Durban's best efforts, the Wildcats scored another six goals before the Blazers managed to pull themselves together to counter. Senior Eyal Li scored another two in the dying moments of the period, as the team began to string together passes and look for more shots on goal.

The Blazers entered the fourth quarter looking stronger than ever, if not dominant. Guerrera began taking more shots on net and working the ball around the goal until, in the ninth minute, forward Sean Tan put a hard shot past the Wildcat goalie. Walter Johnson put another couple goals in, and the game ended Blair 5, Walter Johnson 16. Durban finished the game with a personal record – 22 saves.

"I think there's just some organization missing," Brown said. "Our defensive line is solid and our offensive line is amazing – Didi [Li] can always step up his game and score when we need him to – there's just a lack of intensity in our midfield line." 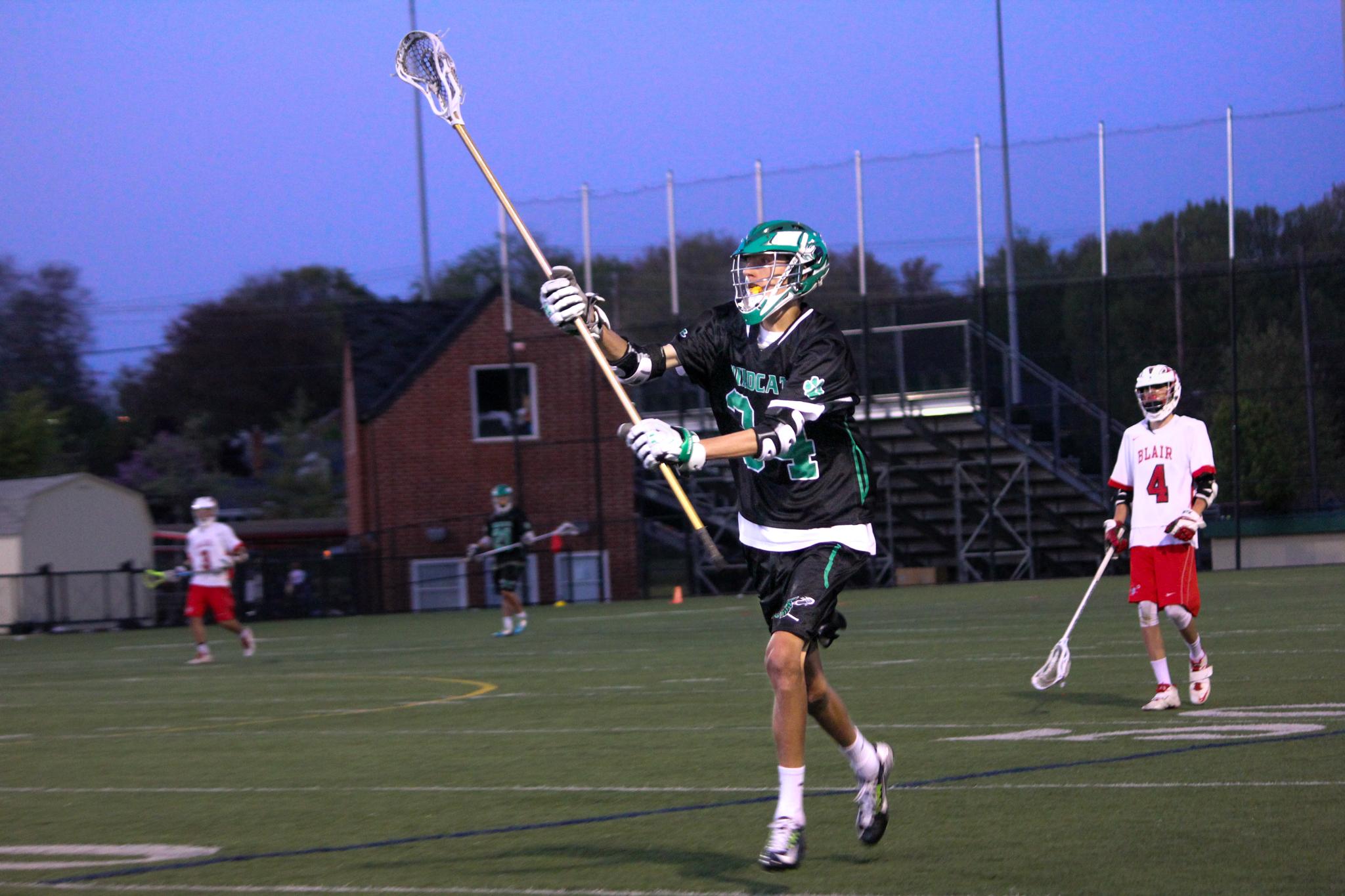 "I want to have fun, and I have fun when we either play good lacrosse or win," Guerrera said. "I know we can do them both and witness great lacrosse in practice every day. I'm just waiting for it to show up in a game."

This was the team's last home game of the season. They have two more away games, after which they enter playoffs.

"We need to enter playoffs with a confident and set offense," Brown said, "Who knows what to do and can do what's asked of them. If we figure that out, we'll be fine."