The girls's varsity soccer team (11-1) won their first playoff game against the Walter Johnson (WJ) Wildcats 2-0, scoring both goals in the second half after a well-matched struggle at the start of the game.

Sophomore Jamie Kator established Blair's lead about 10 minutes into the second half, with a beautiful shot straight over the goalkeeper's head that soared into the top corner of the net. With only 10 minutes remaining in the game, junior Sofia Read scored an impressive goal after she gained possession immediately following a WJ goalie kick. 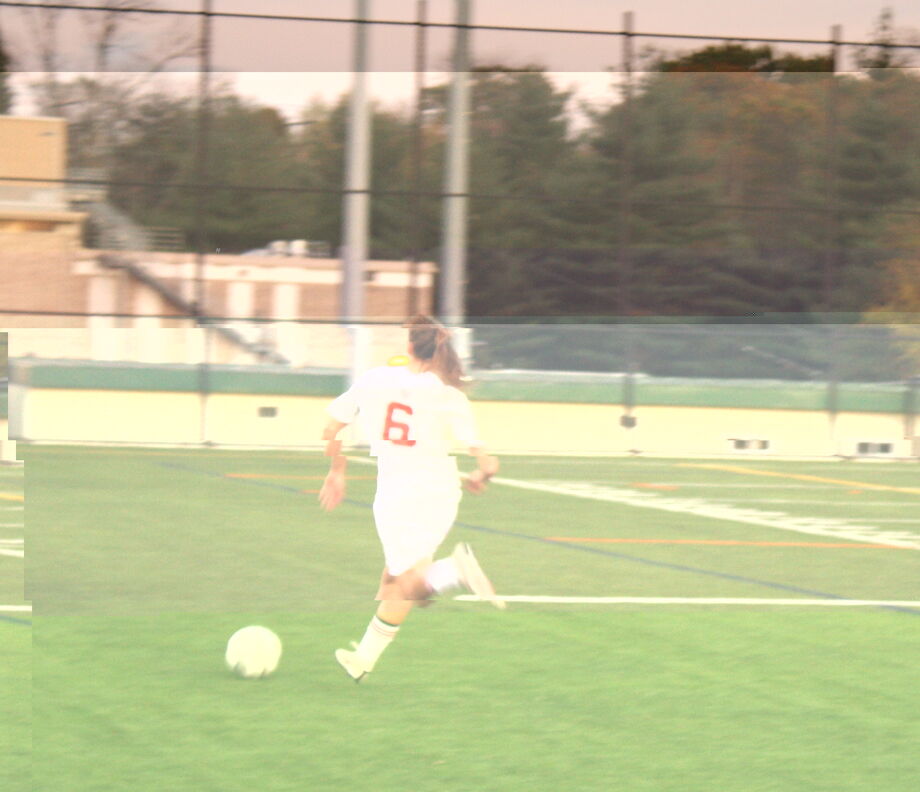 Photo: Sophomore Jamie Kator breaks away from the defense and runs upfield in an attempt to score.

Photo: Sophomore Jamie Kator breaks away from the defense and runs upfield in an attempt to score.

Toward the end of the second half, one Wildcats player glided past multiple Blair defenders and came dangerously close to scoring. But Blazer fans were relieved when Blair defense booted the ball down field to Read, although Blair's promising play resulted in nothing more than a futile rush for a goal.

In what Coach Robert Gibb called a "dog fight," the girls held their own in the first half and rose to dominate in the second. The ball roamed on both sides of the field, and both the offense and defense had to work diligently to quell Wildcat threats. The teams seemed evenly matched throughout the scoreless first half, but the Blazers increased the tempo in the second half.

Initially, WJ seemed to step up its intensity at the same rate as the Blazers; they began the second half by thwarting the majority of Blair's attacks. They forced the Blazers to focus on defense in order to combat the Wildcats's creative passing.

But the game seemed beyond them. WJ began to lose what little possession they had in the midfield, gifting Blair with even more chances to score. Kator displayed impressive footwork in the last few minutes of play, but ultimately lost the opportunity for a last-minute goal.

However, Blair's previous lead was more than enough to ensure them the win.

Both teams had a number of close shots on goal. Within the first two minutes of the second half, the Blair midfield collected possession and fed the ball to the forwards. But the offensive attack ended in disappointment, as Blair was penalized for a foul on the WJ goalkeeper.

Blair had a number of strong offensive drives into scoring territory in the first half, but the team really shined in their defense and goalkeeping. Senior co-captain Imani Pierre was vital in snuffing out every WJ attack, with sophomore goalie Lena Meyerson at hand to stop the few shots they had on target.

Meyerson played extremely well, eliciting applause and sighs of relief from spectators with each skillful save. She easily stopped each Wildcat goal attempt, rushing off her line to stop WJ's shots early.

Gibb said that WJ gave Blair a good game, as was expected. He noted their surprisingly quick offense as one source of trouble for the Blazers. But what mattered in the end was that they still managed to win, Gibb said. The coach's strategy for upcoming playoff games: "Keep winning," he said with a smile.

Blair will continue in the playoffs later this week. Date, time and opponent are TBD.