When junior Gaurav Dahal first arrived at Blair as a freshman, he showed up confident in his abilities and ready to learn. And, for the most part, that's what he did. Dahal figured out how to manipulate Blair's hallways, where to eat lunch, and generally enjoyed most of his classes.

Except for one. In this particular class, Dahal always felt inferior to his classmates. He never felt like he was learning as much as he could, or that he had the same skills they did. Going to the class quickly became the worst part of his day. Why did Dahal hate this class so much? Because of the teacher.

It took Dahal a relatively short time to notice a pattern with the class. He soon realized that he, among other non-white students in the class, was often ignored when he requested personal help or asked a question. "Of course teachers have favorites and tend to prefer those favorites," he says, "but the teacher in question had favorites based on the student's race." 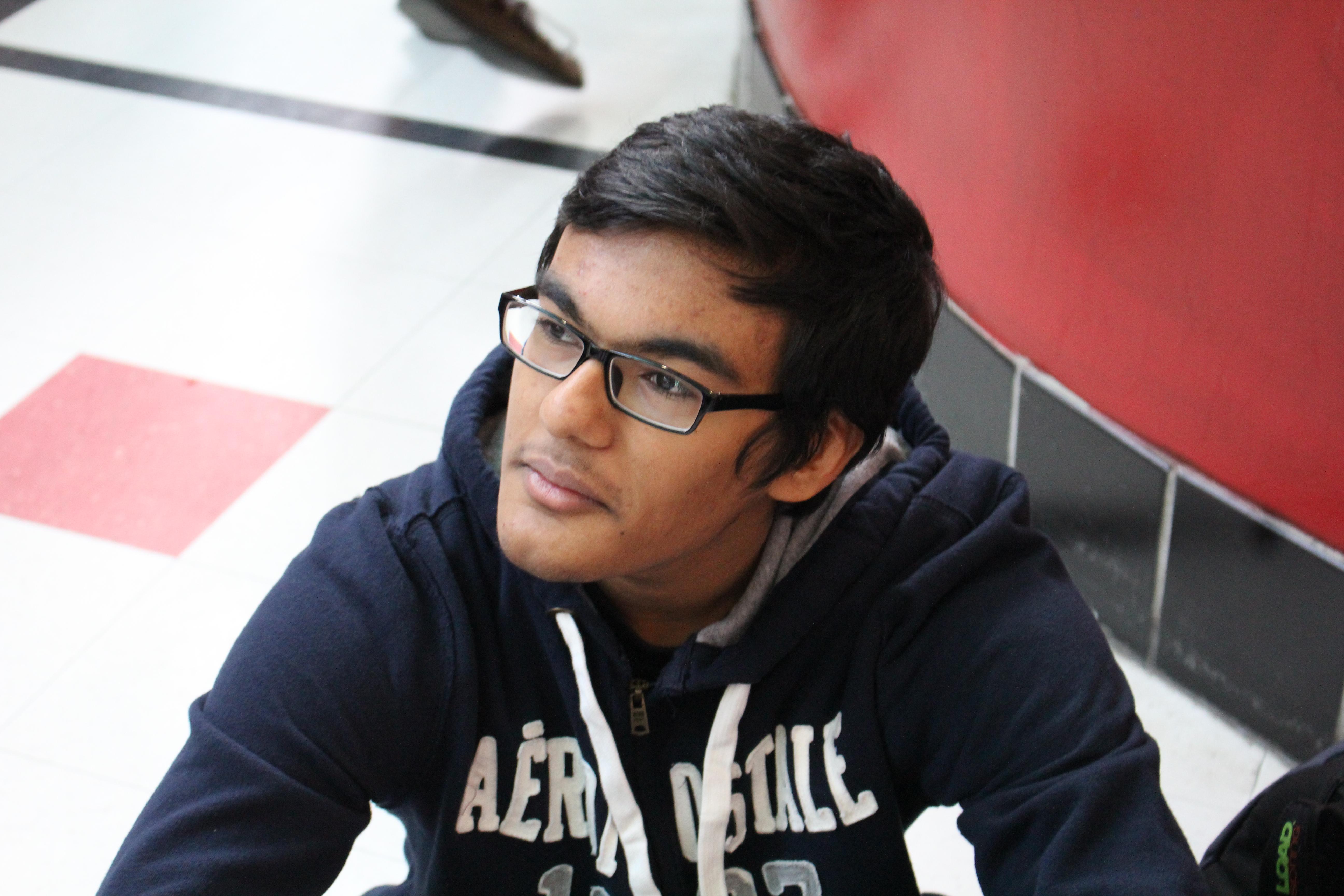 And the bias wasn't just evident in providing assistance to students. Non-white kids who disturbed the classroom were often treated harshly and belligerently, while white students who created a disturbance were treated to a mild scolding or laugh. It happened so consistently that after a while, it began to have a significant effect on Dahal's education.

"After a while, I felt like this was just how high school worked," Dahal says, "but it isn't. It diminished my confidence to do well in that class because constantly I was denied assistance in class."

Blair principal Renay Johnson considers racial profiling to be a relatively small issue at Blair. "What most people don't realize," she says, "is that we have 908 Hispanic students, 780 African-Americans, 647 whites and 544 Asians. It's hard to profile when the minority are the majority."

While it's true that racism is much more prevalent in other areas of the country than at Blair, Dahal's story is still just one of many incidents where a member of Blair staff has racially profiled a student. According to an online survey conducted by Silver Chips Online, 60.61 percent of Blair students asked say they know someone who has been racially profiled, and 69 percent believe that white students at Blair are more privileged than those of other races (in terms of treatment by staff). When asked to prioritize the issue on a scale of 1-10 (where 10 is the most important), 75.76 percent ranked the issue higher than a five.

Racial profiling happens every day, on many different levels. The most common story reported is that of white students being able to walk through the halls unquestioned while class is in session, while their darker-skinned peers are often stopped. One Blair student (certain students' names have been omitted at their request) even reported an incident where he was stopped going past security at lunch and asked for his hall pass, right after a group of white students had gone through without incident. "It dawned on me that the white kids from before who went upstairs did not have to show a pass," he said. "With a white friend, I could go upstairs to do my work without being asked any questions. By myself, I had to loop around the school that particular day to avoid guards so I could do my work."

While Johnson does admit that Latino students have the highest referral rates (and, lately, suspension rates), she attributes this to cultural and class differences rather than racism from Blair staff. "People from certain cultures like to take care of conflicts right away and sometimes it escalates into a fight," she says. "We have excellent security staff - ultimately it comes down to student perspective."

Blair security assistant David Ngbea – in charge of those placed in in-school-suspension (ISI) – also sees no issue with implementation of school policy. "Students are put in ISI when they violate school policy as stated in the student handbook, regardless of ethnic background, Ngbea says, "and that is my only comment on that topic.”

But racial profiling is not exclusive to security guards; it is prevalent in rooms all around the school. Multiple students report teachers showing clear preferences for some students over others. One even accused his teacher of grading the papers of African-Americans more harshly than those of whites; another said that he was given homework points without verification just because the teacher assumed he had done the work, but the class' non-Caucasian population had their work checked.

Dahal never did anything about his experience being racially profiled. In fact, he never told anyone in detail about his time in that class until now. One reason was that he was a freshman, and didn't want to cause a scene his first year at the school. Another is that he didn't really want to get the teacher fired. But underlying all of those was a vague sense that it wasn't really a big deal.

"All in all, things like this do happen at Blair," Dahal says. "Perhaps not often, but they happen nonetheless."

According to Johnson, the consequences for a staff member who racially profiles a student are relative to the gravity of the incident. "The first step is always meeting with the person," she says. "Everyone deserves due process." After the meeting, Johnson has the option of taking further action – from a letter of concern to a 24-hour suspension pending investigation.

Despite these measures, over three-quarters of people who report being racially profiled say that nothing has been done about it.

Montgomery County is already taking measures to address the issue of racial profiling. Johnson has recently been a part of a study circle for high school principals countywide that discusses race relations. "MCPS does a great job with race relations," she says. Johnson also points to peaceful forums and discussions on race held at Blair as proof of racial tolerance, including a recent event held in the media center in which students discussed the verdict of the Michael Brown case. "It's getting better," says Johnson, "the study circle is really giving me new perspectives on how others view race."