This year, Blair seniors Max Burke and Lytton Xu created their own brand and company, Crown Clothing Co. They began by coming up with a logo that they liked, and then worked on creating apparel. So far, two short sleeve shirts are available on their website in white and black.

Both Burke and Xu have been passionate about clothing design for years, but this is the first time they've ever acted on it. "We're both interested in clothing design and fashion and so over the summer we decided to do something with it,” Xu said. 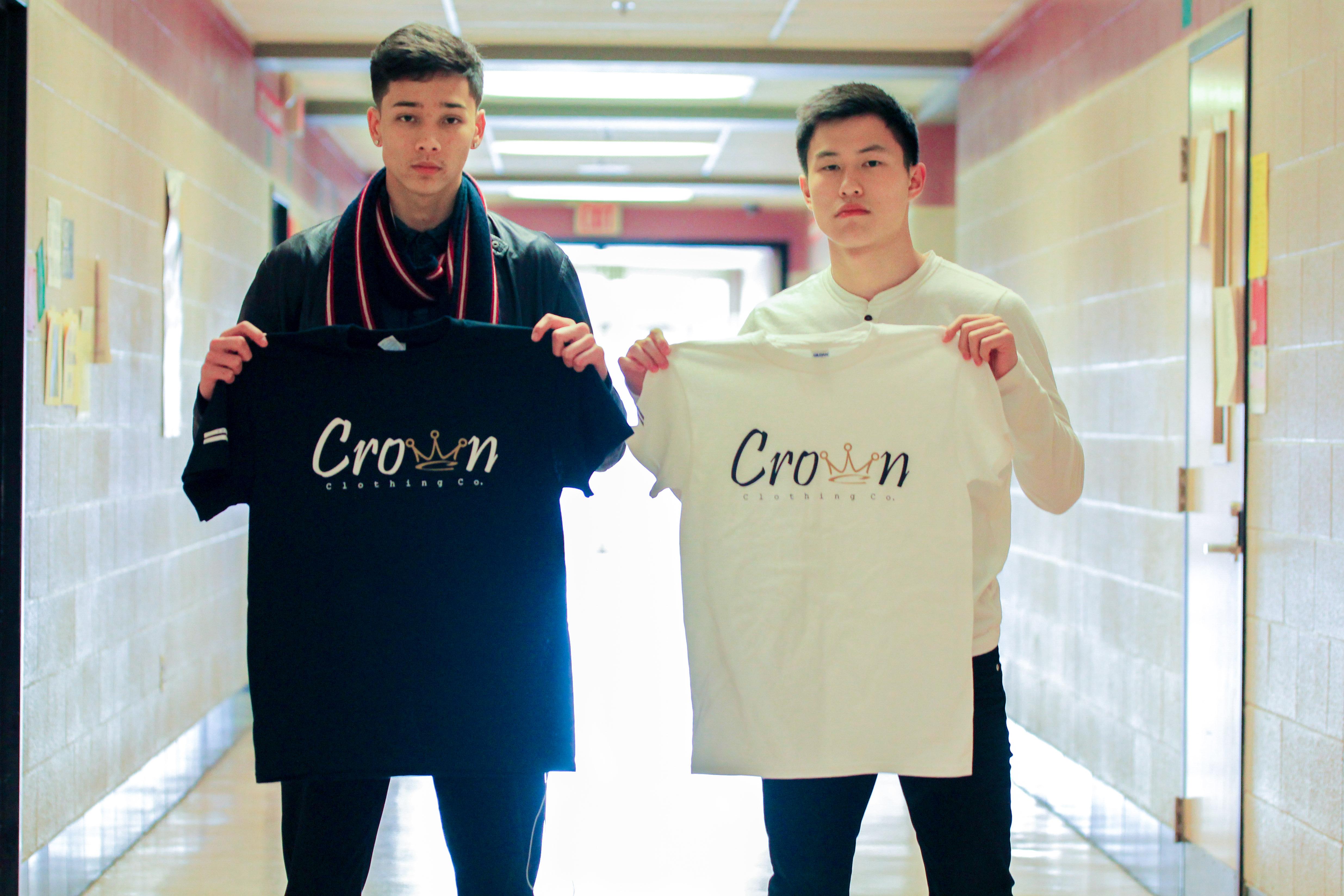 According to Burke, the duo is also doing it for the business experience. "It incorporates fashion design and business, so we get to work on multiple skills through the company. We also both took digital art at Blair this year, and that's really helped us with creating and manipulating designs," he said.

Though there are only two shirts on their website as of now, expansion is expected to be quick. Burke and Xu are already working on more shirt designs and plan on creating some hats as well.

According to Burke, however, the first step is to emphasize the company's publicity. "We need to keep working on the logo," Burke said. "We need to start building up hype through posting on social media and talking about it. We've also done some photo shoots of the shirts too. It's all about the hype."

They started planning over the summer of 2015 and just released their first shirts in February 2016. "The hardest part was probably thinking of a name brand and creating a unique logo," Xu said.

Both seniors encourage anyone thinking about starting a new business to do so. "Make sure you plan and think things through before investing time and money into it," Burke said. Xu agrees, but also believes that at some point it is important to let fear go and start working. "Just go for it," he said.

As far as long term goals, both Burke and Xu are happy just to be where they are now. "We're planning to keep putting out new shirts and stuff," Burke said. "It's about the passion and fun," Xu said. "Money is just something that comes with it."