Junior Thierry Siewe Yanga won the Maryland boys' 4A 800 meter race with a time of 1:55.22 at the Maryland Track and Field State Championships at Morgan State University in Baltimore on Saturday, May 28. The day before, Friday, May 27, he also led the boys' 4x800 meter relay team, along with seniors Ben Geertsema and Alexander Mangiafico and junior Dominic Massimino, to win the state championship with a time of 7:58.58. 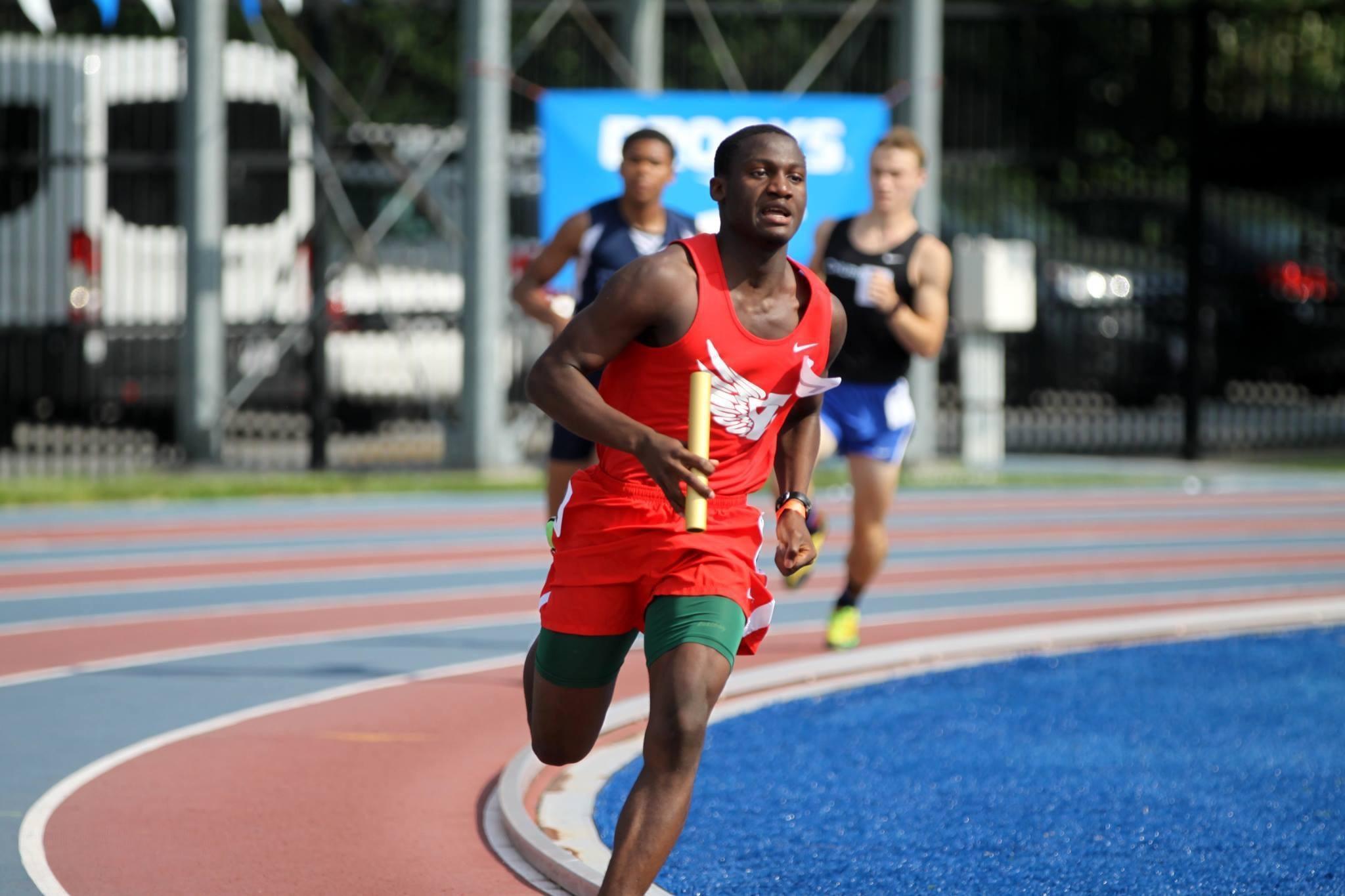 When Siewe Yanga received the baton on the last leg of the 4x800, Blair was in fifth place. Not until the last 100 meters did he manage to move his team into first. The win was especially gratifying for him because of everyone who has worked hard with and supported him and his teammates over the course of the season. "Doing it for the Blair community, coaches, teammates, family and everyone else is the best feeling ever," he said.

Over the course of the meet, the girls' 4x800 meter relay team, composed of sophomore Morgan Casey and seniors Audrey Krimm, Regina Gretschel and Susanna Maisto, finished in 9:46.18 minutes and placed sixth. Casey also finished sixth overall in the girls' 4A 800 meter race, completing it in 2:22.81 minutes.

Geertsema, Mangiafico, Krimm, Gretschel, Maisto, Olawuni and senior Evan Gresser, who was a member of the boys' 4x200, all had events on Friday, the same day as Blair's graduation ceremony. Rather than attend graduation at Constitution Hall they chose to spend their day at Morgan State. The seniors ' families also accompanied them to the meet, and they had their own small graduation ceremony with their caps and gowns. 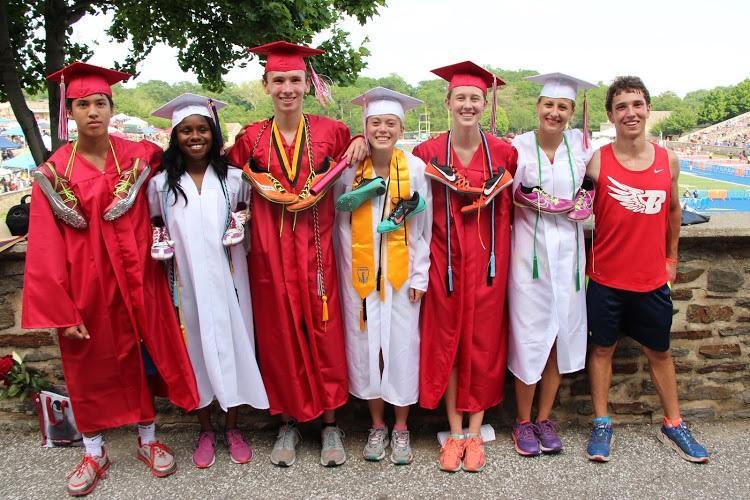 Photo: Blair's Track and Field seniors wear their caps and gowns at the Maryland State Track and Field Championships instead of at their graduation. Photo courtesy of Audrey Krimm.

Although some seniors were initially disappointed that they would not be able to celebrate the end of high school with all of their classmates, competing in the state meet was rewarding. "Track has been my priority throughout high school so this was sort of representative of that. Running at states was a fantastic experience and I'm glad I didn't miss it," Maisto said.

The fact that Geertsema and Mangiafico had both skipped their graduation to run in the meet also motivated Siewe Yanga in his leg of the 4x800. "I wanted them to feel like they skipped graduation for a good reason and winning it for them was the only way I could make sure they got that wonderful feeling," he said.

Blair's performance at states marks a significant improvement over last year's. Whereas in the 2015 outdoor track season only four Blair athletes competed in the Maryland State Track and Field Championship, this year the team sent 17 Blazers. This increase has given many on the track team high hopes for the coming seasons. "The future looks good," said Siewe Yanga. "I am very optimistic."