The boys' lacrosse team (8-7) entered the third round of playoffs on Monday evening against the Sherwood Warriors (10-4). Struggling to hold the Warriors at bay while maintaining possession, the Blazers ultimately fell by a final score of Blair 7, Sherwood 20.

After winning the initial faceoff of the game, the Warriors immediately drove the ball into their attacking third. Quick, sharp passing around a dazed-looking Blair defense led to Sherwood's first goal of the game just 40 seconds into the first quarter. They followed up with another minutes later, when a Warrior attacker lost his mark and managed to whip a shot past Blair goalie Ashe Durban. After the initial frenetic moments, the Blazers began to slowly win back ground. Better passing patterns and a creative offense led to a hard shot off the pipe from senior Eyal Li, and more shots went narrowly wide. However, the Warriors' back line held firm. When a turnover led to a counter attack from Sherwood, Durban came up big with a save only to watch the rebound roll in behind him. The Blazers took hit after hit as Sherwood put another three goals into the net, and the half ended Blair 0, Sherwood 6. 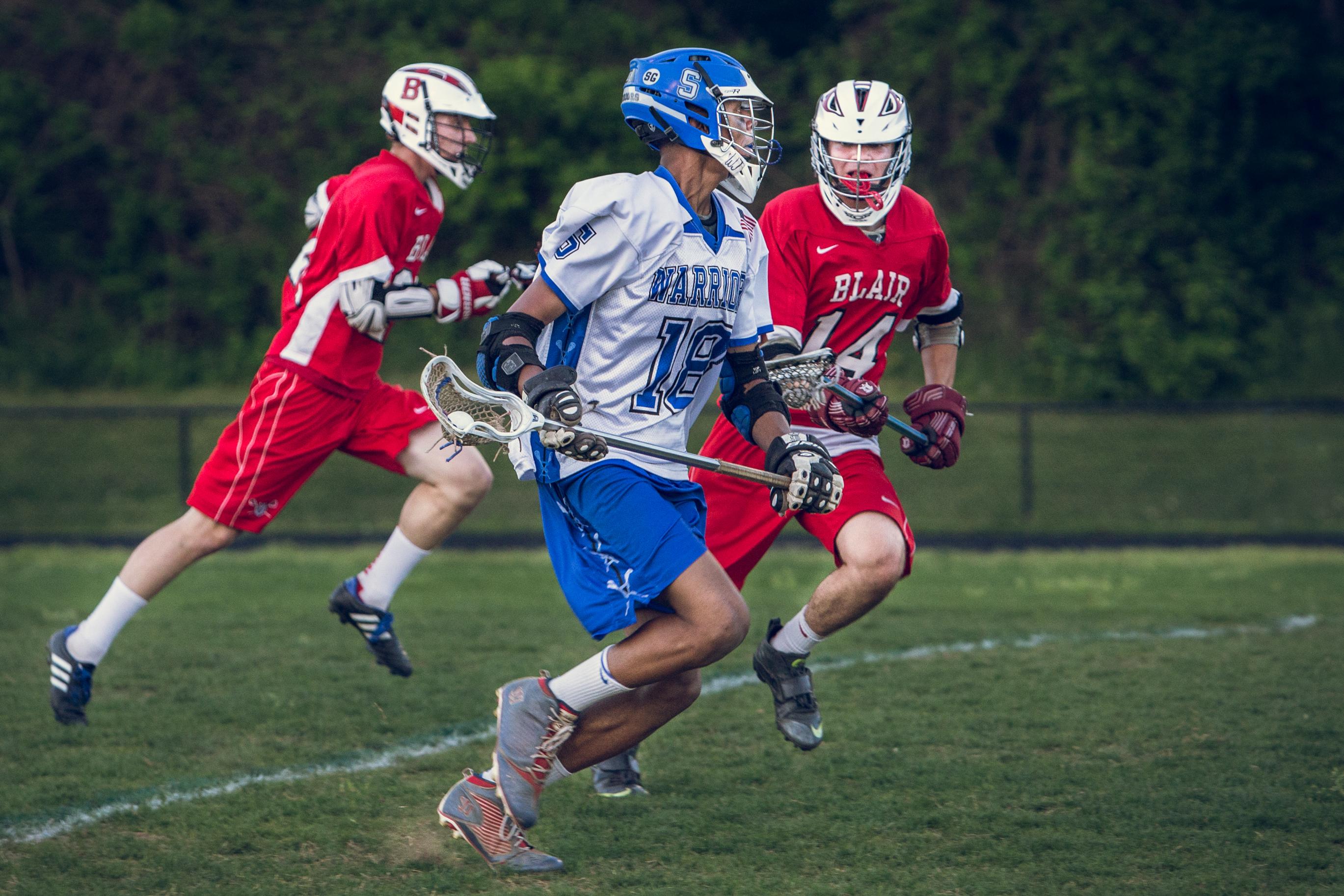 Get on to him

The Blazers came into the second quarter looking rejuvenated and ready for action. Within the first minute, a hard overhand shot from sophomore Nate Chappelle gave Blair their first goal of the game. Hustle and creative play from senior Max Scribner led to Blair's second goal of the game, when an offensive play led to a goal from sophomore Sean Tan. After conceding the second goal of the quarter, however, the Sherwood offense came alive. Despite multiple show-stopping saves from Durban, the Warriors dictated the flow of the game and managed another six goals. The half ended Blair 2, Sherwood 12.

It was a rough start for the Blazers during the second half. Sherwood quickly scored another couple goals. As the game wore on, the Blazers began to look more and more disheartened as their defense was compromised again and again. Although Tan and Li both got a goal apiece, the Blazers never truly looked a threat in the offensive third. The quarter ended Blair 4, Sherwood 19.

The fourth quarter was mercifully short. With the clock running, the Blazers managed to pull themselves together to end the game out. Goals from Li, Chappelle, and junior Ahrdesheer Mudd gave the team some consolation, although the Warriors scored minutes later. The game ended with a final score of Blair 7, Sherwood 20.

"It was a hell of a way to end the season," Coach Christopher Brown said, "and a hell of a fourth quarter. It was all heart; all heart."

This is the second year in a row that Blair boys' lacrosse has reached the third round of the playoffs (the best they've ever done). Moving forward, Brown hopes the team can keep up the momentum. "We're losing a lot of leaders, and we need a lot of people to step up next year," he said. 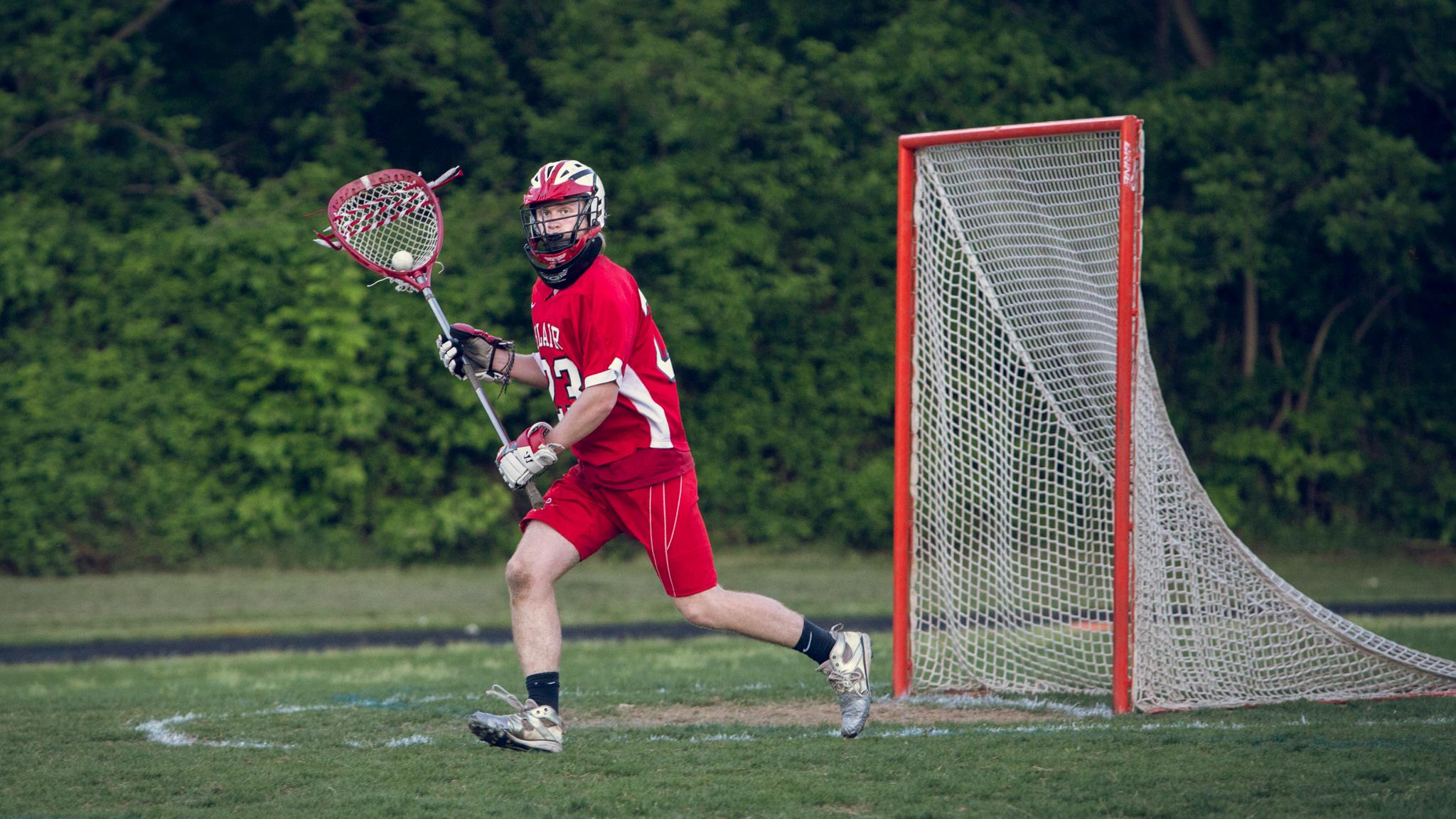 "Every game is a tough one," senior Eduardo Hernandez said. "I want the upperclassmen to take over and keep the team going."

"It's a long road," Li said. "Senior year is over before you know it. Work hard and have fun."