Jay-Z has been in the rap game for a very long time and has been through it all - a heated feud with rapper Nas, a promotion to Chief Executive Officer of Def Jam Recordings, retirement and a comeback. Through it all, he's been able to consistently produce chart-topping albums including his 11th studio album, "Blueprint 3." 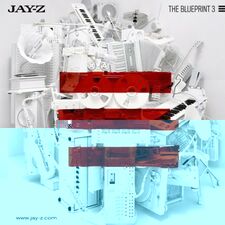 It's also the rapper's 11th album to reach number one on the Billboard 200, surpassing Elvis Presley's previous record of 10 albums. In addition to the album's success in the market, "Blueprint 3" is a personal milestone for "Young Hova"; it's an opportunity for him to reinvent himself as a rapper for the new generation.

"D.O.A. (Death of Auto-tune)" and "Run This Town" are Jay-Z's first two singles from "Blueprint 3." "D.O.A. (Death of Auto-tune)" is his way of attacking the latest trend in mainstream rap and exposing conformers. The song gets a bit repetitive, but all of Jay-Z's signature cockiness is intact and the jazzy trumpet and electric guitar on the beat definitely stand out. "Run This Town," featuring Rihanna and Kanye West, is the best collaboration song on the album - the combination of brooding lyrics with a dark, unrelenting beat is epic.

It's when Jay-Z returns to his roots as a rapper that the album really shines and brings out his true colors as an MC. "Thank You" brings back memories of Jay-Z in the late 90s, a rapper in his prime. The song showcases an unadulterated Jay-Z spitting seamless lyrics against a simple, but complementary beat. The most soulful track on the album by far, "Empire State of Mind," featuring the unmistakable vocals of Alicia Keys with a melody contrasting light-hearted keys and booming percussion, pays homage to the rapper's home state of New York. Known for often representing his hometown Brooklyn, Jay-Z expresses how his influence has reached far beyond his hometown: "But I'll be hood forever/ I'm the new Sinatra/And since I made it here I can make it anywhere/Yeah, they love me everywhere."

Despite its many strong points, Jay-Z's latest album is not without its flaws. The first song on the album, "What We Talkin' About" demonstrates one major flaw that echoes throughout the entire track list. Instead of thriving off of his usual bass-heavy beat, Jay-Z turns to an increased dose of synthesizer that lessens the impact of the song. "Reminder," his attempt at reinstating his position in the rap game, suffers from the same soft-hitting, scratchy tone. Additionally, "Venus vs. Mars" only reaffirms the notion that Jay-Z has never specialized in being seductive – instead, the track only serves to sugar-coat a beat that uses a lifeless sample of a buzzing sound with shallow lyrics: "Shorty got Britney, shaved her whole head up/ We used to make out, kissing each other's face off."

What is clear from the track list is that the album is truly trying to appeal to the mainstream audience with guest artists including newcomers Drake and Kid Cudi. "Off That" featuring Drake has an upbeat, electric feel that strays far from Jay-Z's usual range and may take some time to appreciate. On the flip side, "Already Home," featuring Kid Cudi deploys a more familiar rhythm that will really resonate with longtime fans while offering something new for first-time listeners.

While "Blueprint 3" does little to recognize Jay-Z's MTV-designated title of "The Greatest MC of All Time," it succeeds in bringing out a new side of the artist. Jay-Z displays a burst of creativity as he explores his sound in a mainstream environment. Though a star-studded roster of guest features distracts from Jay-Z's abilities as much as it enhances a song, "Blueprint 3" is still one of Jay-Z's most unique albums yet. Besides being one for the record books, it establishes Jay-Z as an artist who will continue to reach the ears of future generations.


Dennis Chae. Whhaazzaaa, I'm Dennis Chae. I love my Baltimore Ravens and shoes. In fact, I collect sneakers and am always looking for a new pair of Nikes. The Ultimate Fighting Championship is probably going to be the greatest thing ever in a year or so. I … More »