"Born This Way" comes to life

Lady Gaga is known for her avant-garde fashion sense, incredible stage performances and wacky music videos. With past chart topping albums "The Fame" and "The Fame Monster", Gaga has established herself as a pop icon to rival Madonna as one of the most creative artists of all time. Gaga's newest album "Born This Way" is a creative step upwards and is much more than a simple pop album. 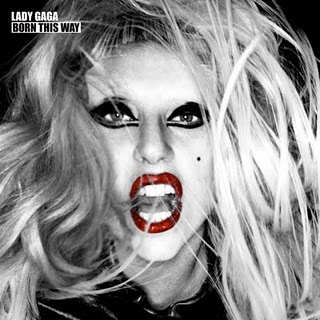 Photo: Lady GaGa's third widely released album "Born This Way" is expected to make record sales in its first week, and lives up to its status as most anticipated album of the year.

Photo: Lady GaGa's third widely released album "Born This Way" is expected to make record sales in its first week, and lives up to its status as most anticipated album of the year.

Projected to sell millions of copies in its first week, "Born This Way" is much more lyrically creative than her previous albums. "Judas", "Born This Way", "Bad Kids" and "You and I" are all examples of songs with interesting lyrics that force the listener to think beyond their literal meaning. Gaga's lyrics successfully send her message about being independent and true to one's self.

A unique aspect of the album comes forth in songs such as "Americano" and "Scheibe", where much of the songs are sung in Italian and German, respectively. Nevertheless, both songs are catchy and potential dance hits. Many pop artists would not take the risk of using foreign languages for throughout their songs, but Gaga's gutsiness pays off; whether you understand the lyrics or not, the songs are powerful.

Musically, this album is mainly 80's and techno inspired - the Madonna comparisons made towards Gaga's songs are pretty accurate. However, Gaga modernizes her music through use of fresh dance beats and bold lyrics. The 80's vibe suits her voice and her image, as that era was certainly one of musical creativity.

What separates her from most pop stars is the way that she meshes multiple musical genres to consistently create likable, record-breaking hits. "Hair" and "Edge of Glory" contain jazz elements and, unlike many other pop singers who purely use synthetic beats, one can tell that real instruments are actually used in Gaga's songs.

One merited complaint about this album is the similarity amongst the songs. Because most of the songs follow the 80's trend, they can tend to blend together. Each singular record is equally musically interesting and catchy, but when listening to the album straight through many of the songs sound alike.

An album full of pop ballads and up-tempo dance hits,"Born This Way" can be described in one word: fun. Although there are valid and strong messages relayed through this entire album, what will really draw listeners in is the addictiveness of every song and the fact that each song is easily the next dance anthem.

"Mother Monster," as her adoring fans call her, has certainly showed her maternal love throughout this entire album. Each song is masterfully produced and one can tell that Gaga has put significant effort into pleasing her loyal fan base with songs that have both meaning and pop musicality. Gaga is certainly propelling herself into the realm of becoming a permanent pop icon in American culture, and is definitely here to stay. After all, she was born this way.