Boys' soccer comes through in the clutch to beat the Cavaliers

As he scored in sudden death overtime, senior co-captain Simon Amato saved the Blair boys' varsity soccer team (4-4) from what could have been a season changing loss to Kennedy (3-3-1). After falling behind 1-0 on an own goal early in the game, the Blazers regrouped at halftime to storm back and avoid falling to 3-5. 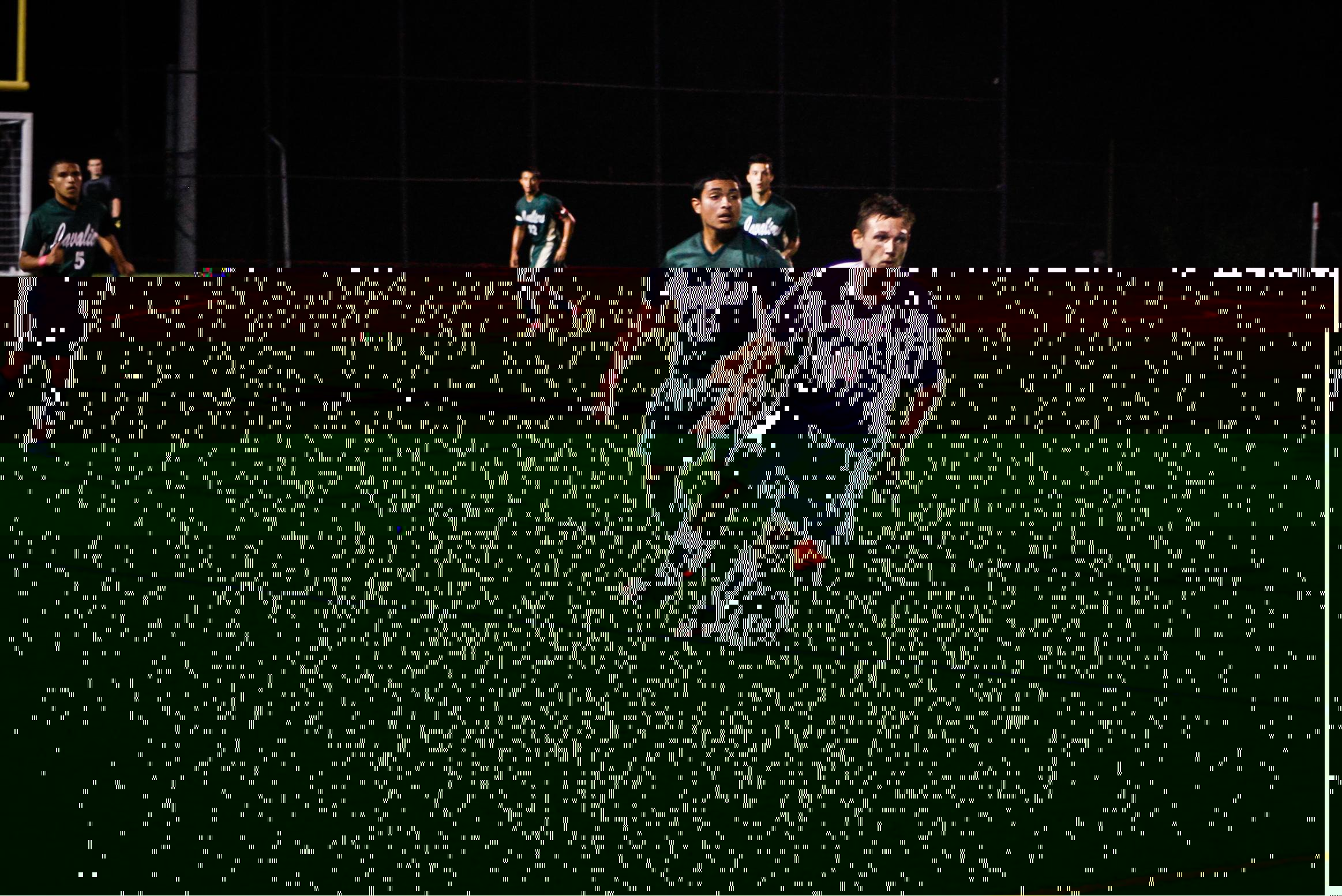 Photo: Senior Aron Coste helped Blair come back from a 1-0 defecit as part of their speed line up.

Photo: Senior Aron Coste helped Blair come back from a 1-0 defecit as part of their speed line up.

Blair was initially troubled by the Cavaliers' speed up top, as they continually broke open for possible scoring opportunities. However the Blair back line held strong and continually fought back for possession. Amato credits the defense as a reason that the team came out with the win. "The back line was fantastic. They played smart," Amato said.

The Blazers were quickly down 1-0 as in the 19th minute a pass backwards slipped through senior goalkeeper Eric Roman's hands and slowly dribbled into the back of the net. Despite this mental breakdown, the team knew what was on the line and didn't give up. "They understood that this was possibly the division on the line," Coach John Haigh said.

Blair came out of the halftime break energized and played much better than in the first half. Amato credits the noticeable up tick in play to communication and mental focus. "We were communicating more on the field and were therefore playing with more information. We were just playing smarter and realized we were down 1-0," he said. 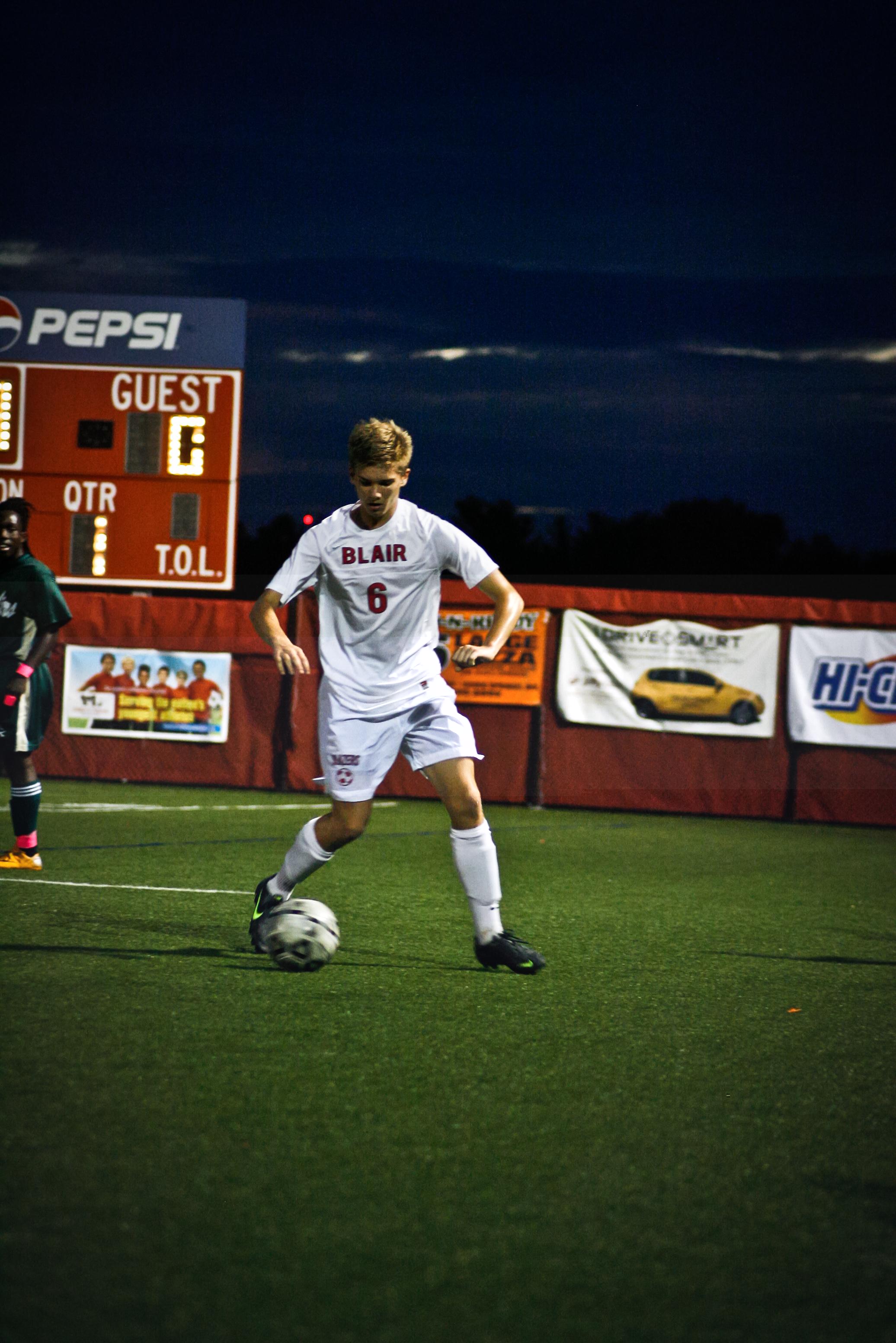 Game planning against Kennedy's speed was key for Blair as their initial plan had fallen through. Their strategy was to possess the ball early, pass the ball quickly, tire out the Kennedy forwards and then strike back according to Haigh. However Kennedy combated the plan and Haigh had to switch to a faster line up sooner than expected.

The new line up broke the deficit in the 50th minute when junior Ibrahima Kouyate flipped the ball with his right foot over the goalkeeper from the edge of the box. The goalkeeper had come out to defend the ball, but Kouyate wasn't fazed by the attempt and calmly tied the game at one.

As time ran out, the game intensified to the point where there were three cards given out in a short span near the end of the game. After junior Keenthy Yeboah received a yellow for a slide tackle, an interaction between senior Aron Coste and a Kennedy forward resulted in red cards for both and a restraining of the Kennedy player. As a result Coste will be forced to sit Blair's game against Sherwood on Monday.

As division play begins, Amato has faith in the team to continue to improve physically, but more importantly mentally. "We tend to start out slow, it's a lack of mental focus. We've got to stay focused. I think we'll improve," Amato said.