As the outside temperature cooled off around Blair Stadium, the Friday night soccer game was just beginning to heat up. Amidst shouting at the referees and three yellow cards, Blair (4-1) claimed victory over the Winston Churchill Bulldogs (4-2-1) by a score of 2-1.

The game got off to a rough start for Blair, when midfielder Komlan Kouhiko went down injured, after attempting a low shot that the Churchill goalkeeper turned away. 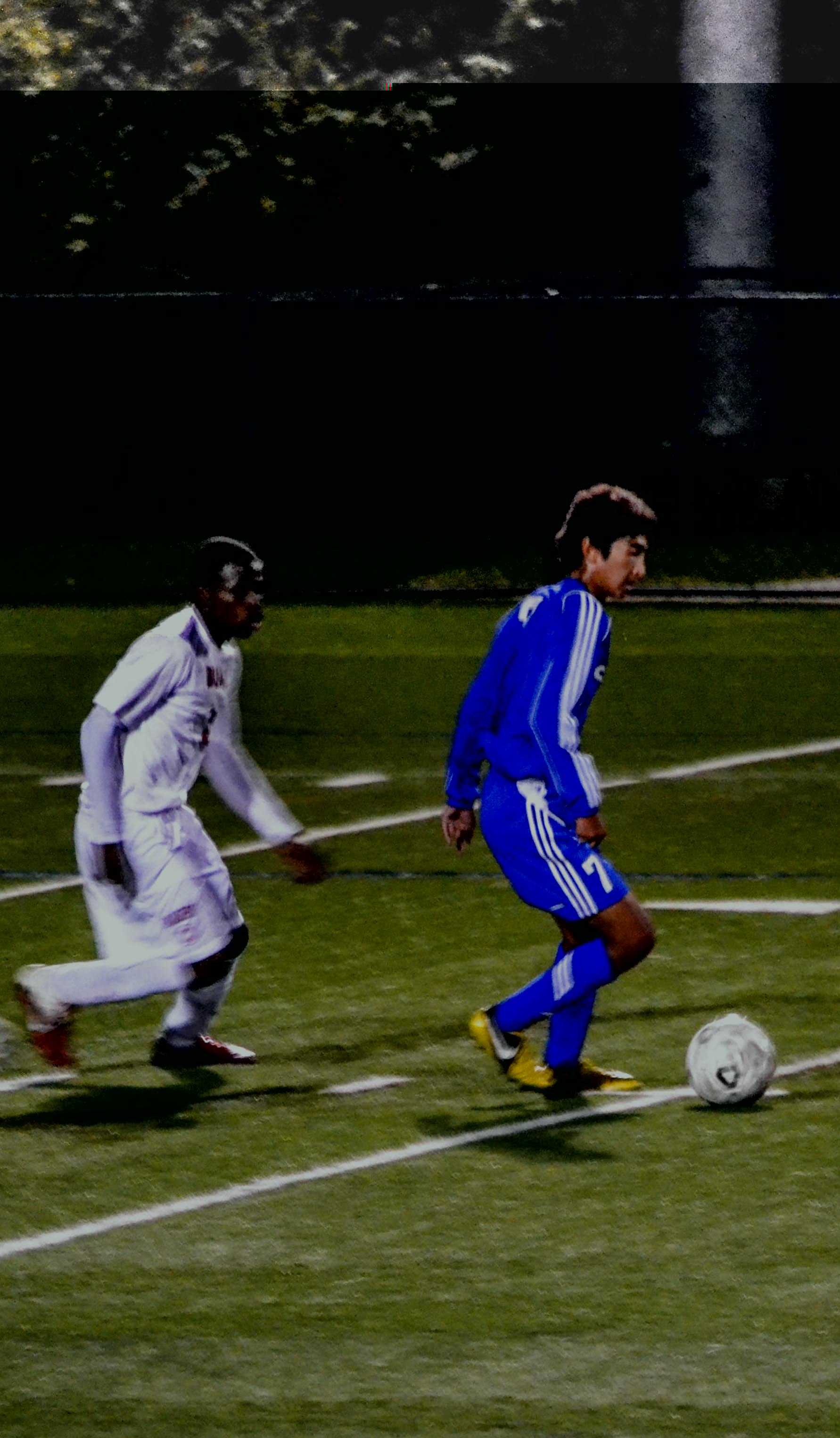 Soon thereafter, Ibrahima Kouyate streaked into the box and was challenged by a Churchill defender. Although the defender did not get ball, the refs deemed that there was not enough contact to warrant a penalty kick.

Blair continued pressing and was rewarded with a goal. Donald Benamna flicked a through ball from the 18 into the path of Keenthy Yeboah, who applied just enough of a touch to put the ball past the charging keeper.

Shortly after, Blair regained possession and nearly went up 2-0 on a powerful Benamna shot that Churchill's goalie acrobatically stopped.

Following this spell of Blazer pressure, Churchill began creating chances, and nearly capitalized on a corner kick that was headed on goal but blocked on the way. Later, a Bulldog striker found a clear path to the box but defender Yordi Rodas stepped in and made a possibly goal-saving tackle.

Unlike against Richard Montgomery when the first half was largely a midfield battle, this half was wide open with end-to-end action. Nonetheless, there were not many goal-scoring opportunities for either team.

"Our defense did a good job packing it in when [Churchill was] setting up to play crosses. It was hard for them to get scoring opportunities," Blair head coach John Haigh said. "For us, we need to work on getting [players] up with Donald and Ibra[hima]."

Early in the second half, the referees found themselves in the thick of the action, dishing out two yellow cards to Blair, one for persistent fouling and another for dissent. They later gave one to a Churchill player as well for a foul that denied a potential goal-scoring opportunity.

Blair's first real scoring chance of the half came from a Benamna free kick at the left edge of the box that sailed just over the goal. Blair later came even closer to scoring, when Kouyate latched onto Benamna's through ball behind the defense but was unable to slot his shot past the goalie.

Then, seemingly out of nowhere, Churchill equalized. A Bulldog striker received a ground cross right in front of goal and applied a simple finish.

"It was a breakdown," Haigh explained. "There was an open man in the gap between the two center backs. One of the center backs had slid over to support on our left defensive flank and it opened up a spot where the ball went through to a guy who was wide open for an easy goal."

The Blair supporters in the stands began to quiet down, disappointed by the tie game and fearing a Churchill winner. But these anxious moments came to an end when the pair that combined for the third goal against Richard Montgomery teamed up again for the game winner. A give and go with Benamna at the edge of the box put Kouyate once again alone in front of goal, but this time he made no mistake and put Blair up 2-1.

"[Kouyate and Benamna] are both getting to know each other a little better—what runs they are going to make—and they both have a lot of pace, which makes it easier for them to play together," Haigh said.

As Churchill began pushing players forward, Blair could have made it 3-1. Benamna dribbled around two defenders before taking an off balance shot near the penalty spot that sailed high through the football uprights. Nevertheless, two goals proved enough to secure a Blair victory.

Monday's home game will likely be more challenging. Blair will seek revenge against Walter Johnson (WJ), the team that booted them from the playoffs last year. WJ is ranked fourth in the metro area, according to AllMetSports and is, said Haigh, "a well-coached team with a lot of talent."

The Boys' varsity soccer team's next home game is against Walter Johnson High School on Monday, Sept. 30 at 7 p.m.