Blair loses a close one to Walter Johnson 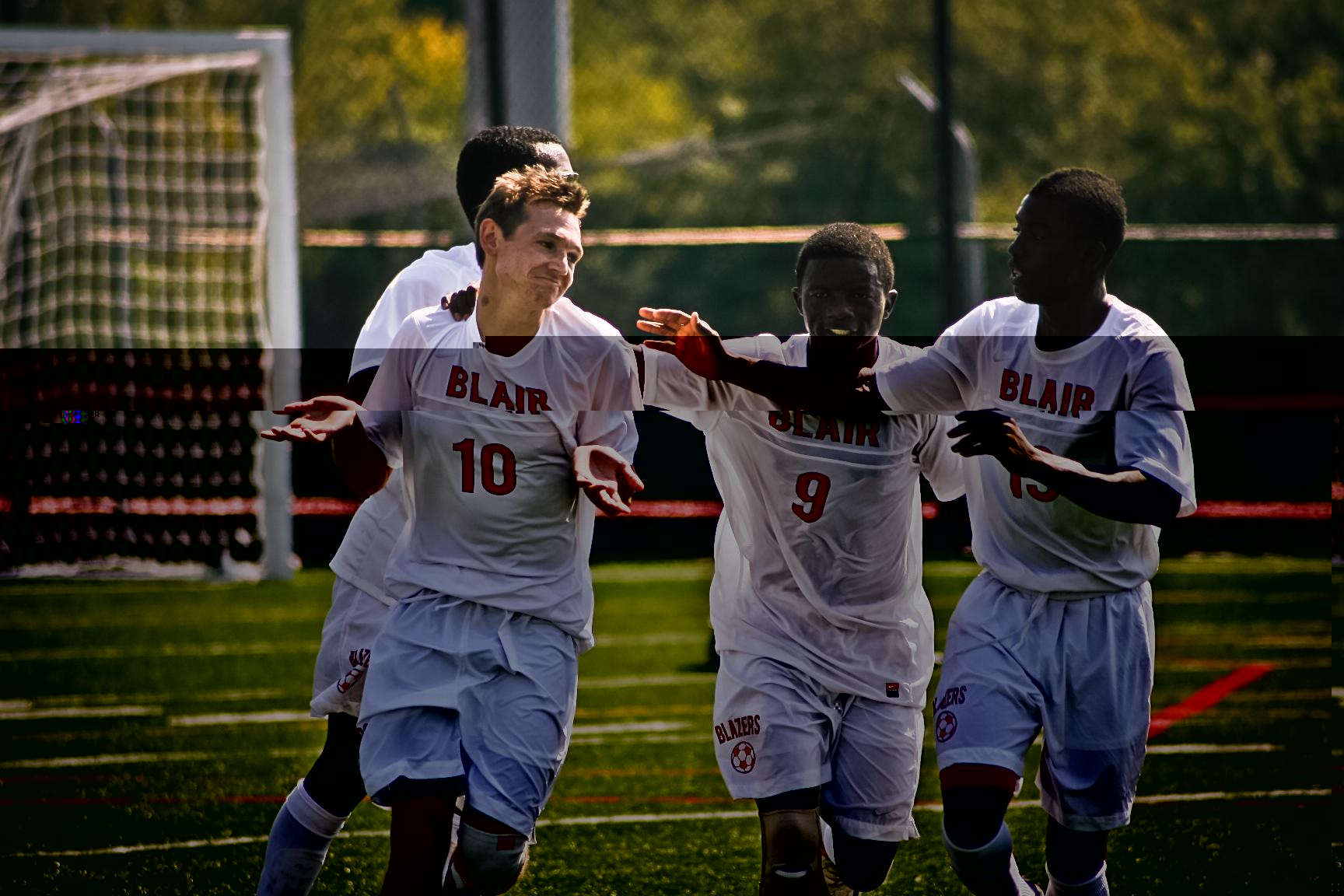 Photo: Coste scored the only goal for the Blazers midway through the first half.

Photo: Coste scored the only goal for the Blazers midway through the first half. Photo courtesy of Emma Howells.

Blair's only goal came on a carefully struck shot from senior Aron Coste in the twenty-fifth minute. Covered one on one, Coste outran a defender and sprinted towards goal. "I saw the keeper coming out a bit early and that gave me the far post,” says Coste. Taking advantage of the space, Coste placed a shot off the top crossbar that just skirted over the line before coming back out.

Coste's goal made it 1-1 after Walter Johnson had already scored on a shot placed in the top right corner of the net off of a cross in the seventh minute. It was not tied for long as the Wildcats responded with another goal, a header off a corner in the thirty-fourth minute.

Blair played shutdown defense in the second half, holding the Wildcats scoreless, but could not take advantage of scoring opportunities and failed to make up the 2-1 deficit. 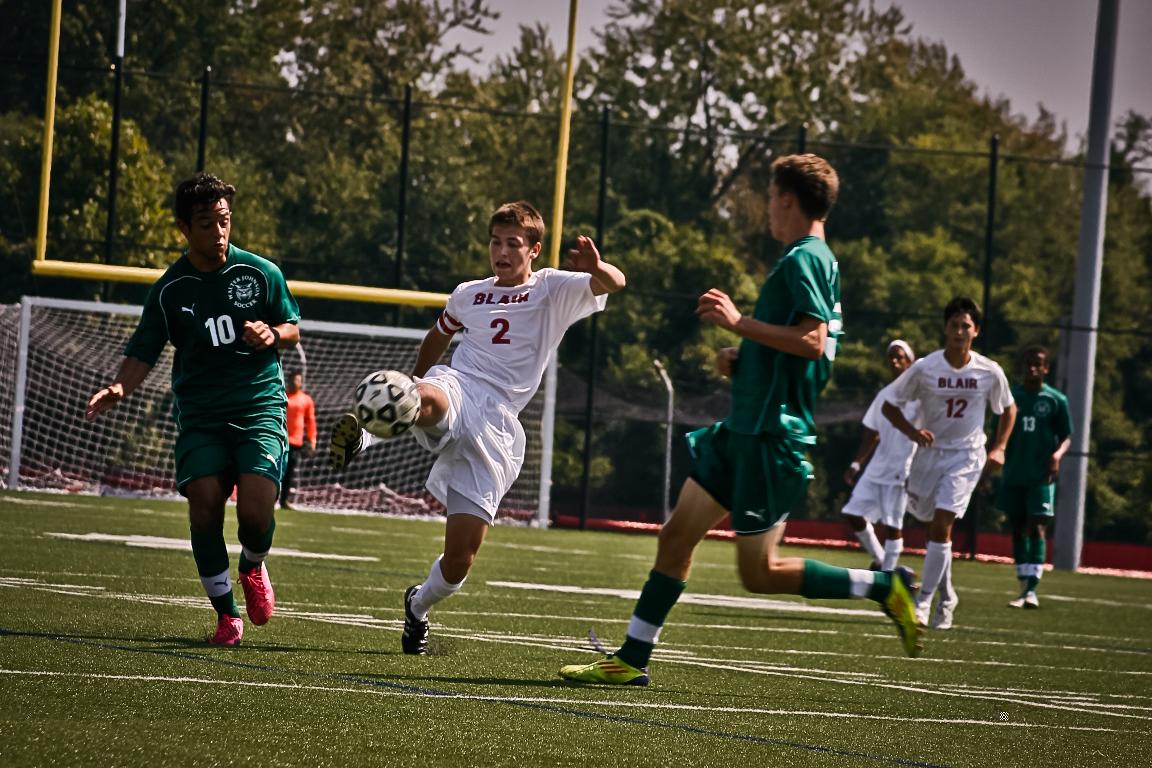 In the seventy-third minute Blair appeared to have the tying goal on a shot by junior Donald Benamna but he was called offsides leaving Walter Johnson in the lead. The Blazers had more shots on goal than the Wildcats but they were unable to finish as Walter Johnson came out with a victory.

The players were very disappointed in the outcome of the game, especially because the score didn't reflect the team's quality of play. "We outplayed them,” junior defender Alex Epstein explained, "We were the better team and we could have won.”

Though the Blazers played well, coach John Haigh feels that the team's defense needs to improve. "On the field we need to do a better job defending set plays,” says Haigh.

As for preparing for Walter Johnson, an undefeated team coming off a dominant 6-2 win over Seneca Valley, Haigh says the team didn't practice any differently than they would for any other opponent. "We don't worry about our opponents, we worry about ourselves.”

The boys' varsity soccer team will play their next home game against Kennedy on October 3 at 7 p.m.