Boys' varsity soccer (3-4-2) was unable to defeat Paint Branch (4-6) in a disappointing loss on Tuesday with a final score of 4-1. While Blair's energy picked up towards the end of the game, the team couldn't overcome Paint Branch's early lead. 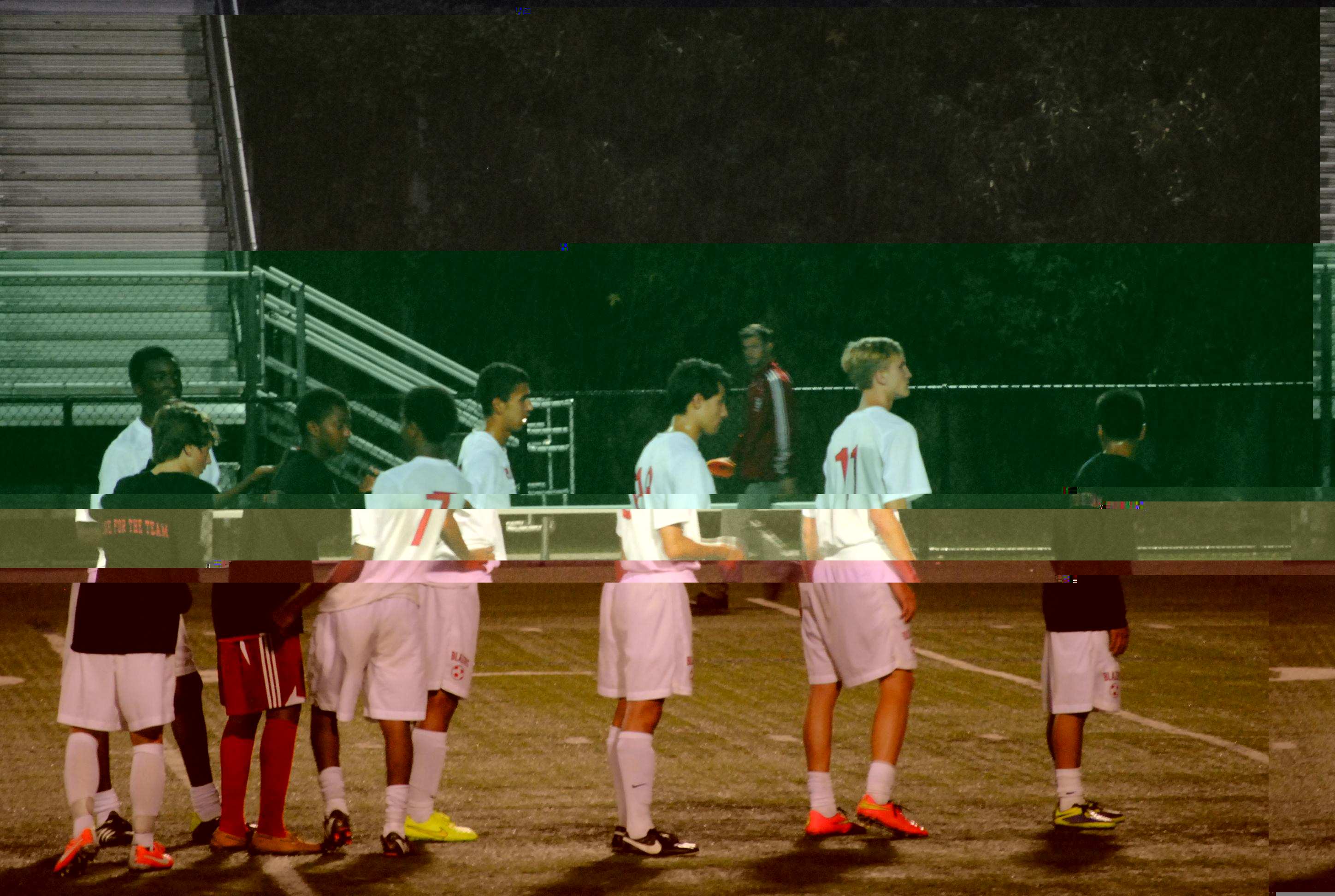 Photo: Blazers warm up for the game despite the rain.

Photo: Blazers warm up for the game despite the rain.  Photo courtesy of Maeve Kelley-Portillo.

Sophomore Jordi Long played an excellent game despite the determined Paint Branch team and nearly scored two goals right before halftime. He completed clean passes and was mere inches from scoring off of a penalty kick. Long also did a good job maintaining energy throughout the game.

Blair's energy, along with the rain, picked up during the second half. While they continually had to be active on defense, they also had some stronger offensive plays. Miguel Lopez nearly scored and was a key offensive player along with Javier Lopez and Jimmy McMillian. Unfortunately, Paint Branch managed to score another goal with less than ten minutes in the game.

After Paint Branch's fourth consecutive goal, Blair's need to score peaked and was answered by Kevin Hernandez, who scored with five minutes left of play. Despite being three goals behind, Blair continued to play strong up through the last few seconds of the game.

While it was not Blair's best game and the rain made for a slippery field, the boys fought hard against a talented Paint Branch team. "We started really flat, " said Javier Lopez. "I think as we went into the second half we realized we had to leave it all out there and it got better intensity wise."

Coach John Haigh declined to comment on the game.