Blair holds strong at the back; moves into first place in conference

BLAIR STADIUM — Less than a year after a second-round elimination to the Walter Johnson (WJ) Wildcats (4-2-1) in the state tournament, Blair (5-1) was eager for revenge. In a performance that left Head Coach John Haigh feeling weary, the Blazers came out on top—the final score 1-0.

Blair struggled early, a continuing trend since the Kennedy game. They turned the ball over frequently around midfield. Haigh was displeased with his team's inability to retain possession. "We changed philosophies in the Kennedy game to deal with the small, bad field," Haigh explained. "This was very successful even though we lost, but then we've not been playing our brand of soccer at home, where we want to possess more because the surface is better."

Not before long, goalkeeper Luis Cruz was forced into action. An attempted Blair clearance was inadvertently played in the direction of Blair's goal. As a WJ forward looked to pounce on the miscue, Cruz in a split-second decision came sprinting off his line to clear the ball. "I was the last man," Cruz said. "My main thought was that I had to get the ball out of a danger area."

Despite WJ controlling the game's tempo, the Blazers struck the first—and what proved to be the only—blow of the match. Ibrahima Kouyate received the ball in an unthreatening position and immediately took off toward goal. Once clear of the defense, he applied a finesse finish into the bottom-left corner.

An offside call maintained Blair's lead after a WJ free kick pinballed to an open Wildcat in front of goal. Just before he tapped the ball in the net, a referee blew his whistle to award the home team a free kick. 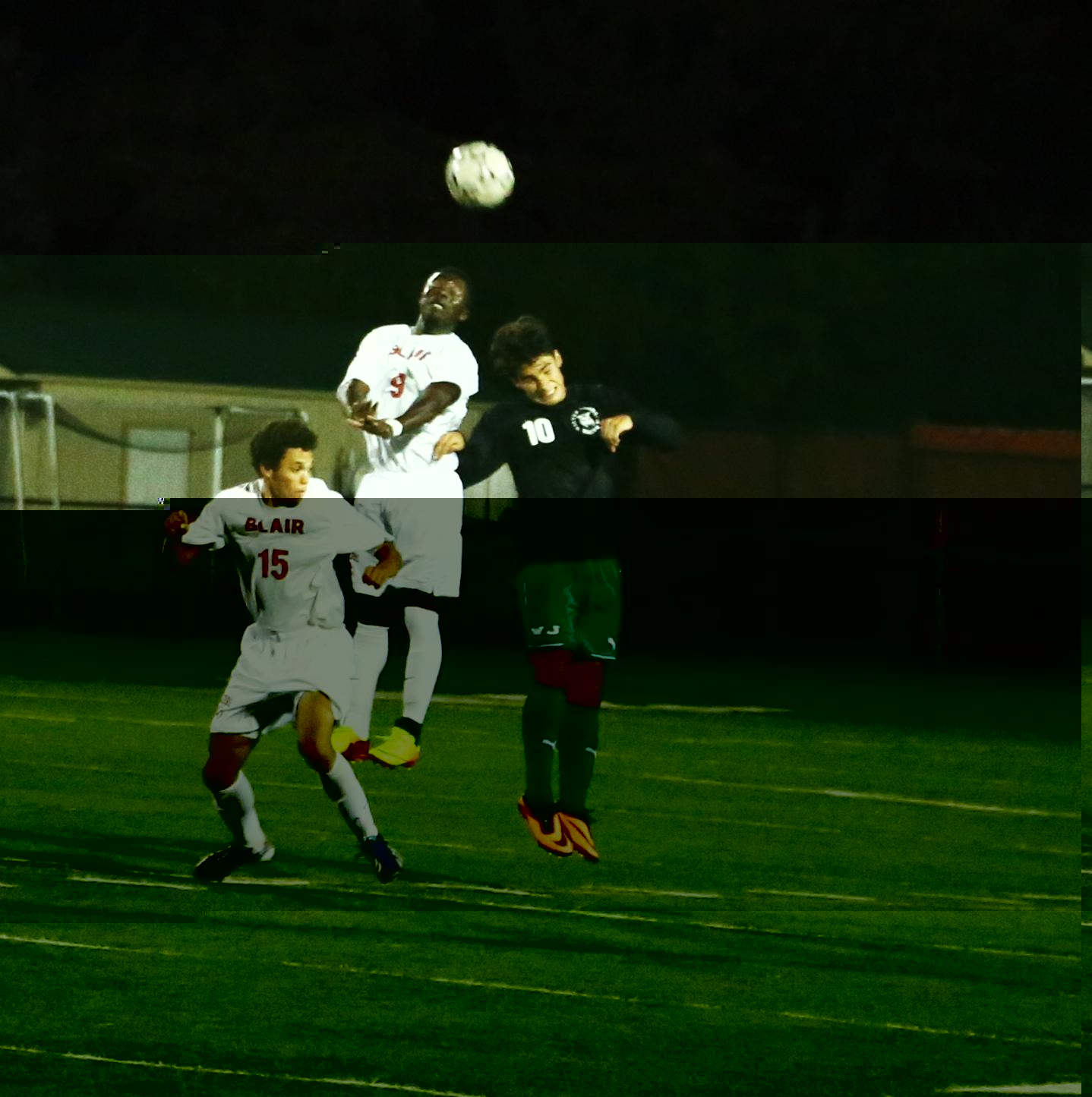 Photo: Senior Donald Banamna challenges a Wildcat for a header.

Just before halftime, Kouyate threaded a ball to Donald Benamna, who beat a defender then ripped a hard shot that keeper deflected.

WJ spent most of the first half with the ball, and while much of it was passing at the back, losing the possession battle is still a concern for Blair's coach. "In the first half, we had the goal but I was concerned about the amount of possession [WJ] had," Haigh said. "So many things came from not having possession and probably the main thing was lack of confidence—lack of confidence to win the ball when they were possessing … and to release the pressure with possession instead of clearing the ball out."

Following a severe halftime talk, the Blazers came out with much more energy and created the first chances of the second 40 minutes. From a cross by Miguel Lopez, Kouyate headed the ball on goal but not hard enough to trouble the goalie. Next, Benamna struck a dipping free kick from 25 yards out that the keeper stopped. Then, for Blair's final chance in this spell of pressure, Benamna flicked a ball wide to Rohan Oprisko, whose low shot from was blocked by a defender.

As Blair supporters began to smell the finish line, a WJ striker forced Cruz into his best save of the night. On a shot from near the penalty spot, a diving Cruz made the save and smothered the ball. 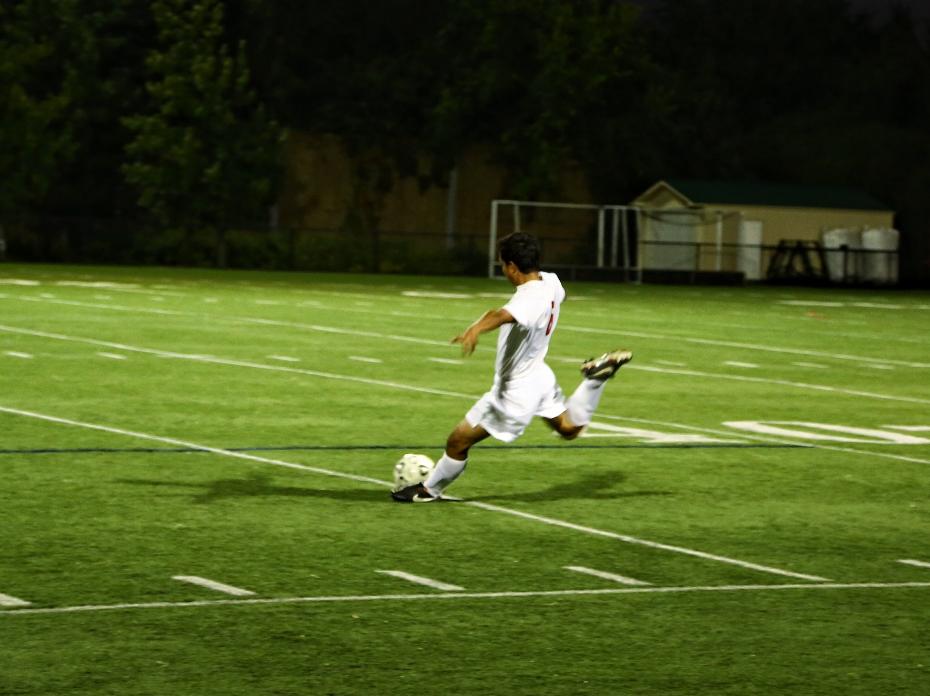 Photo: Defender Yordi Rodas sends a longball down the pitch.

The final few minutes featured two golden opportunities for Blair goals, but on neither occasion were they able to finish. The first came from a free kick behind midfield by Yordi Rodas that went over every defender's head and into the path of Kouyate, who put his shot just over the crossbar. The second featured a counterattack that started from a long, aerial pass by Benamna to Lopez. Lopez controlled then flicked a ball up to Kouyate, who trapped on his chest before turning the defender on his back. He fired a shot from inside the box that went over, almost identical to the last.

"Finishing is definitely something we'll focus on in practice," Haigh said. With the win, Blair is now in first place in the Montgomery 4A North conference.

The Boys' varsity soccer team's next home game is against Sherwood on Wednesday, Oct. 9 at 5 p.m.