Breezing past the records

Records are made to be broken. The excitement and thrill of breaking someone else's record, especially a long-standing record, is almost unmatched by any other feeling in the world. Records are momentary goals to strive for and surpass. New Orleans Saints (13-3) quarterback Drew Brees has rewritten the record books three times in a single season, surpassing many records held by present (and future) Hall of Famers. 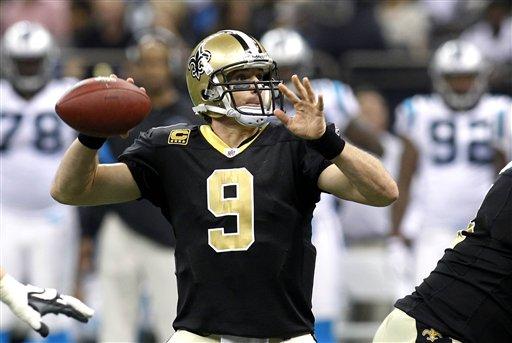 Consider Michael Phelps, the most decorated Olympic swimmer in history, with 16 Olympic medals over his career. Phelps also holds seven world records, three individual and four relay. If Phelps were to break one of his three individual records, consider how much impact it would have. Technically, all Phelps did was to swim faster than he had at an earlier meet, which is ultimately the goal of swimming anyway. If someone else were to beat Phelps and set a new record, that would be awesome because they swam faster than the fastest recorded time in the world. But Phelps breaking his own record is just a really hyped up version of saying Phelps' swimming improved, while changing a few numbers in the records books.

Phelps already knows he is the best in that particular event, so breaking his own record and setting a new one probably isn't as exciting. However if someone were to break Phelps' record, it would be more gratifying because they have proven that they are better than the best. Breaking your own record is just improvement, which is expected in any sport. Breaking someone else's record is proving you are the new best.

Brees should be thoroughly congratulated for leading his team to an overall victorious season and for breaking two individual records, but it is important to note that one of the records Brees broke was his own - which is not nearly as impressive as breaking Dan Marino's single season passing yard record. Breaking his own record just signifies that he improved, while breaking Marino and Manning's record proves that he is better than both of them. No matter what, this year will go down in the record books for Brees and it will be interesting to see if he can lead his team to a Super Bowl win with his immense talent.