MCPS receives $250,000 and is named one of the nation's best school districts

On Oct. 19, MCPS was named a finalist for the Eli and Edythe Broad Prize for Urban Education. There were a total of five finalists, and each received a $250,000 reward toward scholarships for the graduating class of 2011. The overall competition winner was Gwinnet County Public Schools in Georgia, which received $1 million in scholarship funds for students. 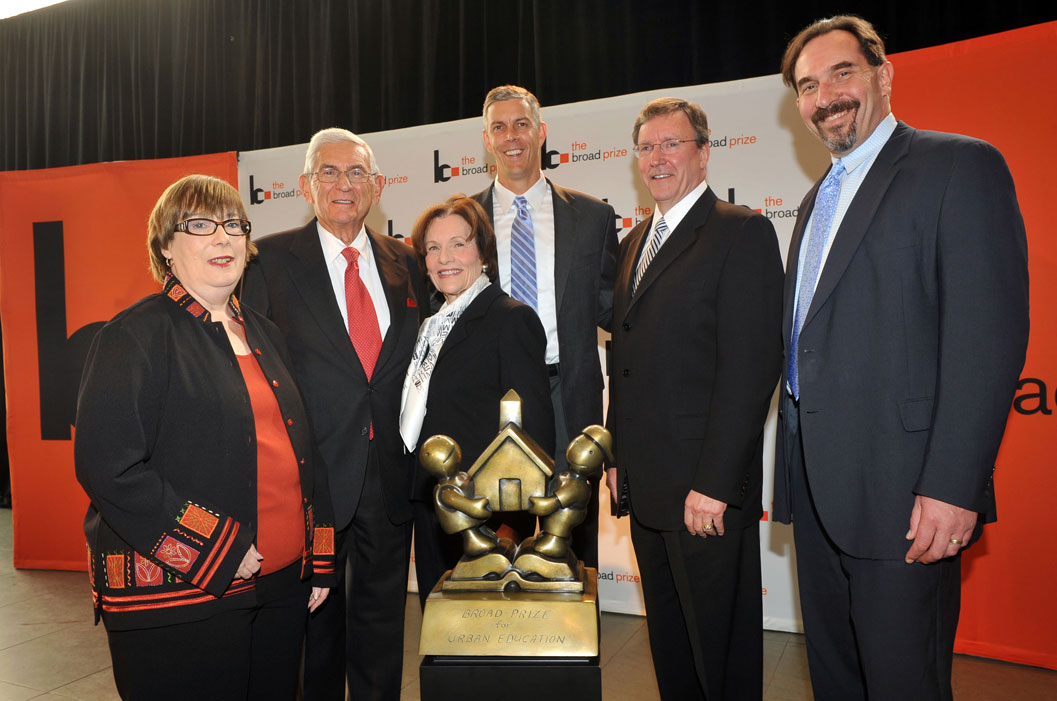 The Broad Prize recognizes school districts that show great achievement and success at decreasing minority achievement gaps. The Broad Foundation reviews 100 districts that it considers urban and analyzes their statistics in areas such as SAT and ACT scores, performance increases in standardized testing and graduation rates, according to the Broad Foundation's website. "We do many months' worth of data gathering and run every possible piece of data that we can get our hands on," Broad Foundation spokesperson Erica Lepping said.

The Broad Review Board, which chose the five finalists, analyzed statistics for MCPS from 2006-2009. The Broad's Selection Committee also made on-site visits to each of the finalists, after which the committee chose the overall winner.

Students who are graduating from MCPS or any of the other winning districts can apply for the Broad Scholarship on the Broad Foundation's website. The students who earn the scholarship are chosen for showing major strides in achievement throughout their four years of high school, according to Lepping. "[Students] may have come in with a D average in their freshman year and pulled it up to a B average by their senior year," Lepping said. Students must also show a financial need for the scholarship. The winners will be selected by Scholarship America and receive $20,000 if they choose to attend a four-year university.

According to Vice President of the Board of Education Christopher Barclay, MCPS satisfied part of the the Broad Foundation's criteria in closing the achievement gap for minority students. Over the years, MCPS has increased opportunities for students to take higher-level classes, given them the support that they needed to succeed and created a strong foundation in lower grades, he said. Barclay noted the hard work that has gone into achieving these many goals. "It hasn't been a magic bullet, that's for sure. It's been a lot of work by dedicated teachers," he said.

Philanthropists Eli and Edythe Broad created the Broad Prize in 2002. This is the first year that the foundation has recognized MCPS, which gives the district hope that it is making great improvements in its system. "We are really excited because while it's recognition that the county is changing, it shows great commitment to our students," Barclay said.

Although Barclay is extremely happy about earning the prestigious prize, he said he does not intend to settle down after passing this milestone. "We have plenty more that we need to do, but I think it is time to wait a minute to say congrats to our teachers, students and administrators for the work they have done," Barclay said.

Information for MCPS seniors who are interested in applying for the scholarship can be found online here.