Staff and students evacuate outside amid the snow

Staff and students evacuated the building near the end of third period on Wednesday, Jan. 16. Around 15 minutes later, students were allowed to return to the school after building services determined that a staff member's burnt popcorn set off the smoke detector. "It was a very quick turnaround, we were cleared to come back super quickly," assistant principal Adriana Burgos-Ojeda said. 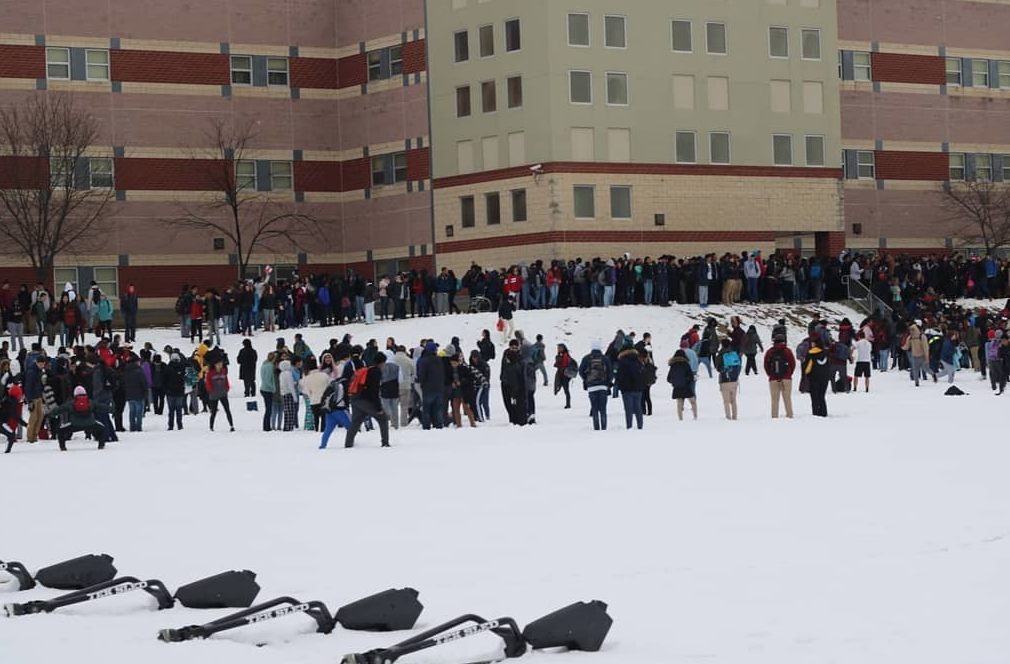 Photo: Staff and students evacuated outside amid the snow.

Photo: Staff and students evacuated outside amid the snow.

During the evacuation, students assembled near the school building to avoid the snow from last weekend's winter storm that covered the fields and track, which is dangerous in the event of a real fire. "We're always trying to get people as far from the building as possible because we don't know what the cause is," Burgos-Ojeda said. Fortunately, Wednesday's evacuation was caused by a minor incident.