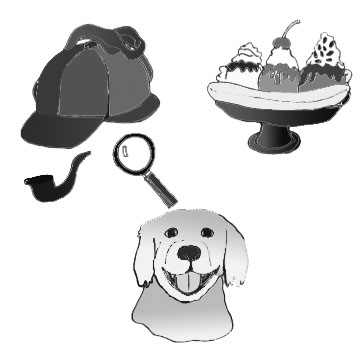 Photo:
We were delighted to discover that March is Frozen Food Month. In honor of the prestigious occasion, we headed to the frozen aisle of our local grocery store to try our luck with microwavable cuisine. In the freezer section, we found everything from attractively packaged organic entrees to unsettling low-calorie desserts. Our final choices were a promising natural chicken fajita burrito, a potentially tasty apple pie and an ominous-looking Hungry Man meal that promised "over a pound of food!"

We decided to face our fears head on, and thrust the Hungry Man into the microwave for a worrisome nine minutes. The festive turkey dinner offered bland, rubbery turkey, clumpy stuffing and grainy mashed potatoes, all drenched in gravy. Our favorite part, however, was the curious "Apple Cranberry Dessert" Hungry Man so kindly included. We generously declared it edible before handing the meal off to Jialin's dog, who admittedly enjoyed it quite a bit.

Our next foray into frozen food was less frightening, but hardly delicious. On the box, our burrito looked like Chipotle, but one bite into the natural "Evol" chicken burrito revealed that it was far from take out and more like Mexican mush. The burrito tasted decent, but our initial disappointment really soured the flavor.

Finally, we finished off our touch-and-go meal with an Edward's frozen apple pie. Its mini size and convenience delighted us, but its just-out-of-the-freezer taste left something to be desired. We decided to call it even, and take the optimistic stance that a frozen apple pie is better than no apple pie at all. All and all, however, celebrating sub-par Frozen Food may be the most traumatic part of March, and that's including getting pinched on St. Patrick's Day. 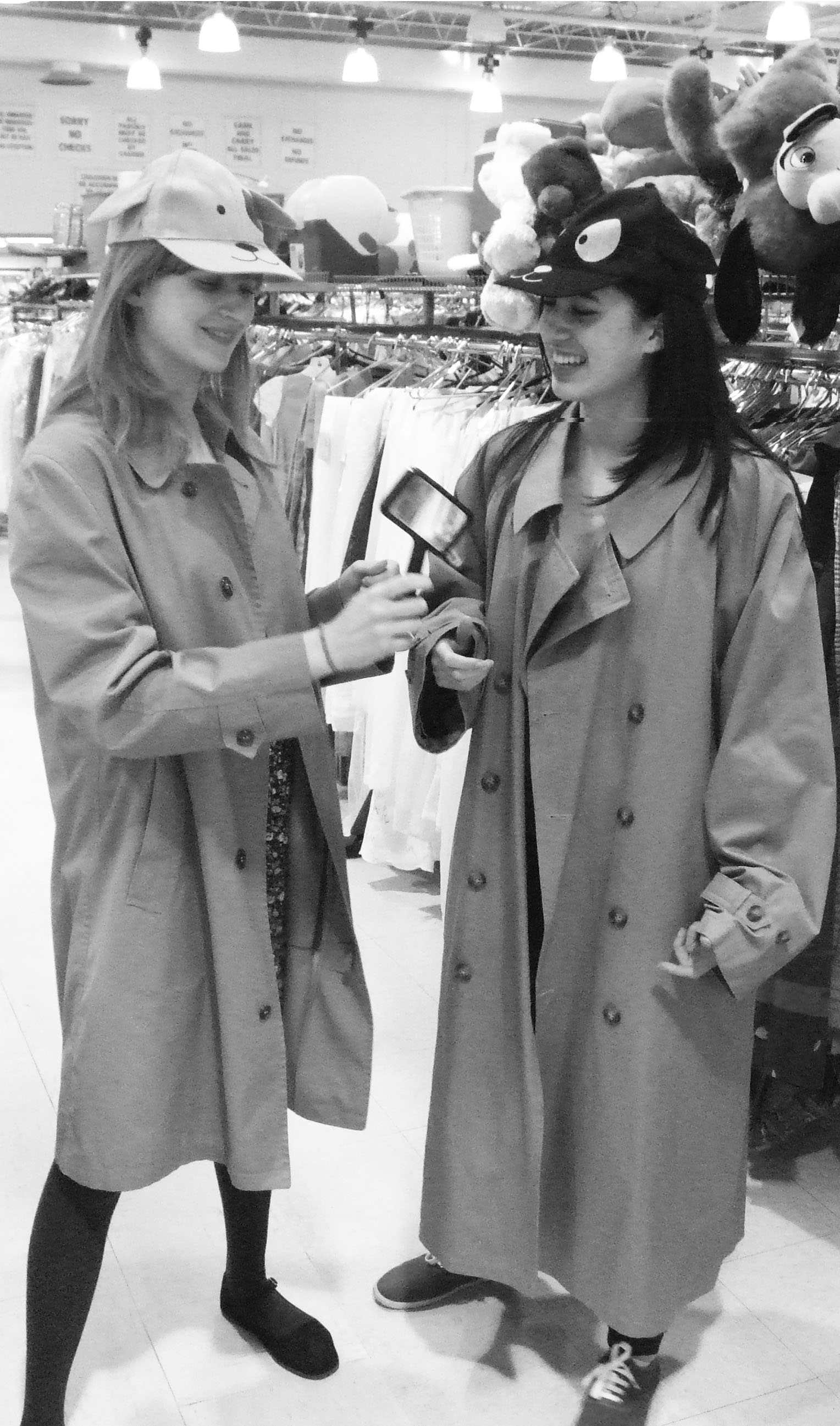 Photo:
Every detective and trench coat-enthusiast's role model, Sherlock Holmes is an indisputable cultural icon. It seemed only fair that March dedicate a weekend (March 18-20) to one of the greatest fictional sleuths of all time. You can spend your weekend reading Conan Doyle, watching one of the many film or television Holmes adaptations, or, if you're adventurous like a Silver Chips entertainment editor, solving a mystery of your own.

Our first step, naturally, was to get properly outfitted. Magnifying glass in hand, we headed up University Boulevard to Value Village to dig up Sherlock's signature look for ourselves.

We first zeroed in on the rack of men's coats and found ourselves some floor-length trenches to go along with our magnifying glass. Unfortunately, the closest we could get to the master detective's hat were a pair of baseball caps with earflaps. Once our outfits were complete, we put on our best crime-solving faces and we were good to go.

In our Sherlock outfits, our next step was to find a Blair mystery that needed solving. We searched high and low for the kind of mystery that could rival those of Doyle's stories, but only came across small disappearances (although the owners of the missing staplers insisted that it was a crime worthy of our time). We are ever vigilant, however, so let us know if you discover the next great Blair mystery. 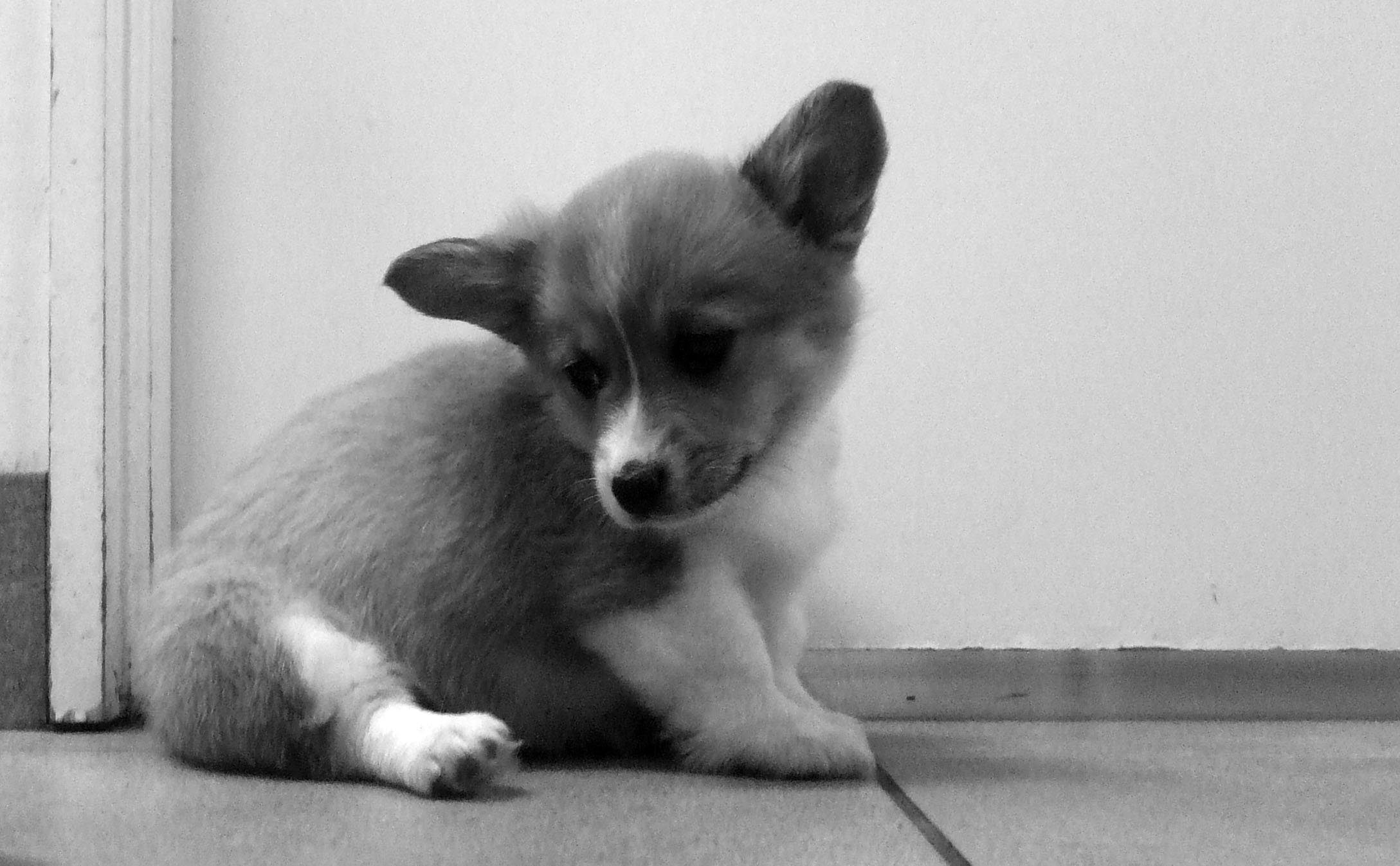 Photo:
In honor of Puppy Day (March 23), we were handed the perfect excuse to seek out a pet store to find some adorable puppies to play with. We headed over to Just Puppies on Veirs Mill Road, also known as heaven on earth, which, as the name says, sells only tiny, cuddly puppies. Upon arrival, we were immediately smitten with a trio of Corgi puppies, who won our hearts as they scampered and tumbled. Natalie in particular dropped straight to the floor and refused point blank to emerge from the puppy pile.

We also met a wriggly Golden Retriever and an adventurous Black Labrador, who quickly set about trying to destroy our shoe buckles. Another favorite was a miniature schnauzer who was so small that he could fit in Jialin's two hands. His spunky attitude was far bigger than his tiny size.

Nothing is better than being "forced" to spend an afternoon playing with some of the cutest puppies on the planet. We only hope that the Just Puppies employees don't catch on and start recognizing us as the faux puppy customers that we are.

Whether you spend March snacking on TV dinners, scoping out mysteries or cuddling up to an adorable pup, it's bound to be a great month. Try to make every day a celebration of one of the eccentric holidays March offers. And while you're at it, don't forget to show Silver Chips some love — it's Small Press Month, after all!