The singularity of Baltimore

It is easy to forget that Washington, D.C., and Baltimore are only 40 minutes apart. Even a cursory examination reveals cities with diametrically opposed characters. With a renewed interest in the city due to hit HBO show "The Wire" and a growing art and music scene that has garnered national fascination, it's time to revisit Charm City and explore what makes it so, well, charming.

First time tourists will inevitably find themselves in the Inner Harbor, an amalgamation of crass chain stores and restaurants identical to any other commercial downtown of a major city. A worthwhile exception to the mall-like plaza is the Baltimore Aquarium, which has recently undergone a renovation that has made its display of aquatic life eerily stunning. If you visit on a Friday after 5 p.m. this month, you can take advantage of a steep admission discount. (Yes, you have to pay $8 - we're not at the Smithsonian anymore.) 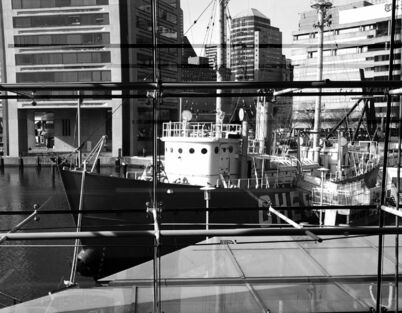 After communing with the manta rays, walk or take a bus down to Fell's Point, a historic neighborhood that is everything the Inner Harbor is not. Blocky concrete-and-steel bureaucratic buildings give way to historic row houses and twisty cobblestone streets. It turns out that the fall of the steel industry in the 1970s produced an interesting dichotomy along the shoreline. Where the Inner Harbor languished for years, until an aggressive takeover by retain chains-induced plastic rehabilitation, Fell's Point developed in a more subversive manner. According to Madison Smartt Bell, the acclaimed author of Charm City: A Walk through Baltimore, it was at this time that cult Baltimore filmmaker John Waters and his entourage installed themselves in the area. Fell's Point was soon an established haven for quirky artist types. "It was a lot like Andy Warhol and the Factory in the '60s," says Bell, likening the atmosphere in Fell's Point to the prevalence of the seminal pop stylist in New York City. The long-term result of Waters' twisted aethestic is a litany of inexpensive, off-kilter stores and restaurants. One has to wonder where else in the world "Killer Trash," a vintage store specializing in all past trends embarrassing and pleather, could stay in business.

Five miles uptown is Baltimore's most famous area, Hampden, which Bell describes as the "last blue collar urban white neighborhood in America." That distinction may be diminishing. As of late, Hampden has seen an influx of chic stores and restaurants popping up to accommodate the slew of upper class newcomers drawn by its "colorful" character. Indeed, for decades Hampden was the epicenter of "Hon" culture, which originated among the white working class women of Baltimore in the 1950s. Its most notable legacy has to be the archetypal image of the "Hon" herself – a formidable woman sporting a beehive hairdo, cat-eye glasses and a loud print dress. 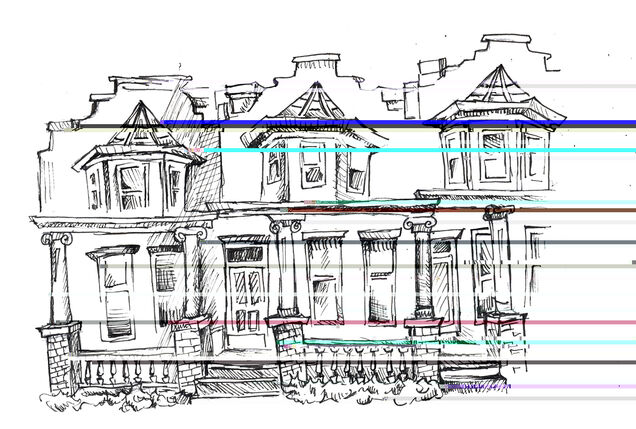 Photo:
The new Hampden seems to thrive on a culture that no longer exists. Thirty-Sixth Street, Hampden's main drag, is disarmingly self-aware. Amateur hons can accessorize at one of the numerous stores on thirty-sixth street that sell t-shirts and coffee mugs bearing slogans like, "It's Murrlin, hon" and "Welcome to Bawlmer" - homages to the classic Maryland accent that still marks the speech of some older residents. Just a few blocks down from such shopping, pick-up trucks are parked in front of peeling one-story residences. Bell notes pointedly a block of rowhouses, half of which longtime Hampden neighborhood types share with boutiques like Ma Petit Shoe, which specializes in high-end shoes and French chocolate.

Generally, longtime Hampden residents and newcomers attracted by the culture tend to coexist with very little animosity. Storekeepers are friendly, accommodating and sometimes eccentric. Hampden is still charming in its transitional period - just be prepared for a glossier, yet loving version of what once was.

Perhaps it is unfair to compare Midtown Baltimore to the Mall. After all, D.C.'s main attraction is the muscle of its institutions, including the national government and the Smithsonian. So think of Midtown as a response, rather than as an equivalent, to downtown D.C.

Midtown and the surrounding area is home to the Baltimore Museum of Art (BMA), the Walters Art Museum and the Baltimore Zoo. D.C. residents are bound to raise an eyebrow at one monument in particular, a towering white column just a block up from the Walters Museum called - wait for it - the Washington Monument. As history would have it, the D.C. version was designed by the same architect and completed decades after the Baltimore one.

Like the (Baltimore) Washington Monument, the museums of Midtown are only about half the scale of those in Washington. But the smaller size does not translate to halved quality. Recently made free to the public, the Walters Museum consistently offers exquisitely curated exhibits on everything from Ancient Egypt to mapmaking. The BMA, meanwhile is home to the country's most prolific and stunning Matisse collection.

In the restaurant and coffee shops about Midtown, a friendly, casual atmosphere prevails. Lunch can span multiple hours. Those dressed in business attire are not glued to their BlackBerries. One gets the sense that the laughter erupting from the nearby table is genuine, not forced or ingratiating.

Certainly, Baltimore owes some of its pleasantness to its lack of powerhouse institutions. Its residents seem serenely beyond the stress-inducing reach of the national government. And they will continue to elude D.C.'s uptight grasp: The area surrounding Penn Station has seen a marked lack of colonization by D.C. commuters. Stakes are lower in Baltimore, but sincerity runs deep.