Cheer to the top

The Blair varsity cheerleading team won the Montgomery County Division II County Championship and Spirit Award on Saturday, Nov. 12 for the second year in a row. After winning this year and last year, the team will move up to Division I for next year. 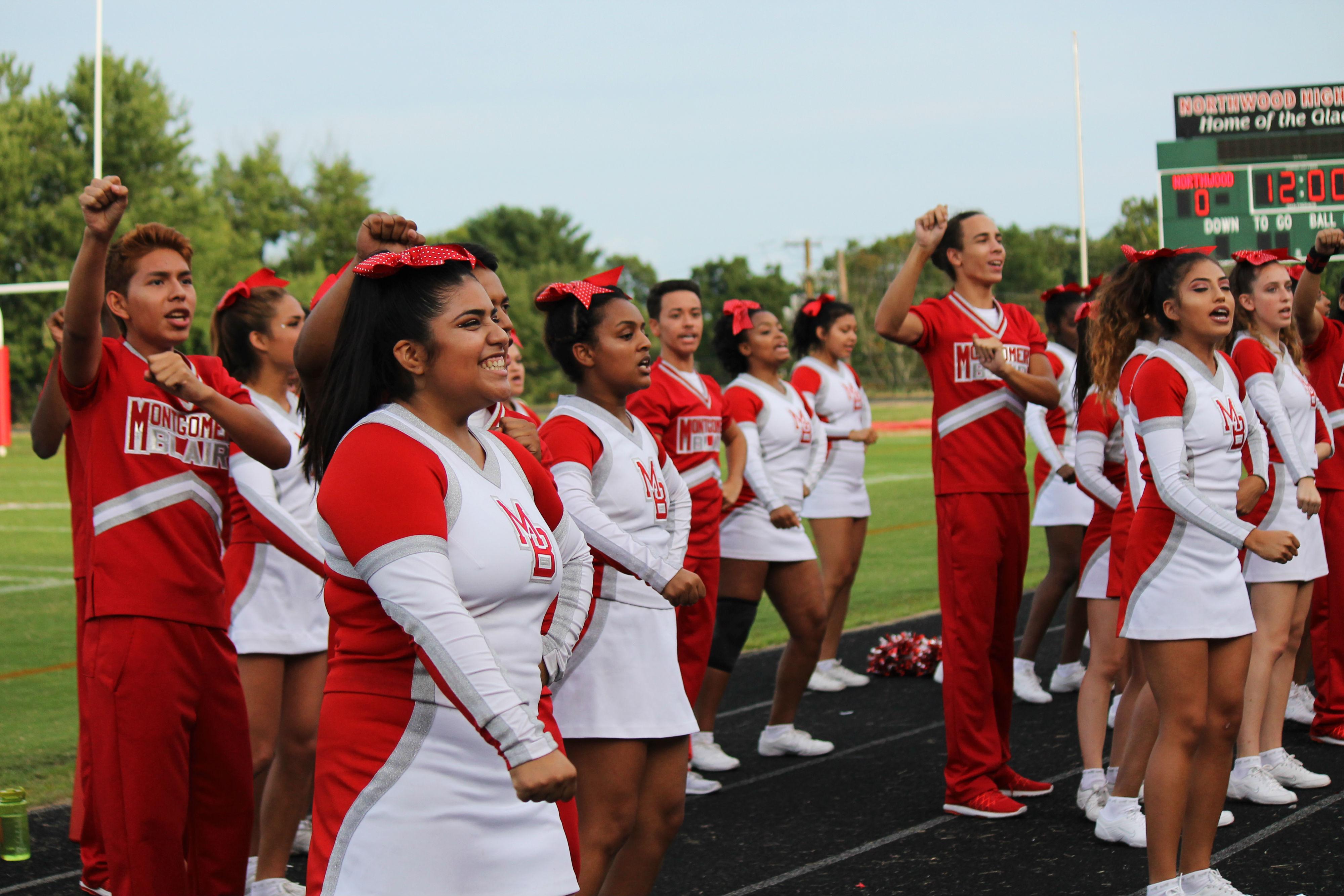 Photo: Blair's 2016-2017 cheer team supports the football team in the Battle of the Boulevard at Northwood High School.

Photo: Blair's 2016-2017 cheer team supports the football team in the Battle of the Boulevard at Northwood High School. Photo courtesy of Morgan Casey.

For competition, each team was given three minutes to perform a routine. Judges awarded points based on the execution and difficulty level for each stunt. According to freshman cheerleader Gwen Sletten, Blair's routine consisted of several different skills including "extensions, libs, 'bow and arrows,' a new stunt where two bases swung a flier off the ground into a plank above their heads, and a back tuck into an extension and lib."

The team had especially been concentrating on learning their routine for competition two the three weeks beforehand so that they did not have to stress about it during the performance. "It's muscle memory," Roxanne Fus, the co-head coach of the team, said.

Although Blair's 33-person squad had no specific strategy going into the competition, they focused for over a month on executing their routine without error. "We wanted a very clean routine where everything hit…We moved things around so that we could have a cleaner and flawless routine," Fus said. 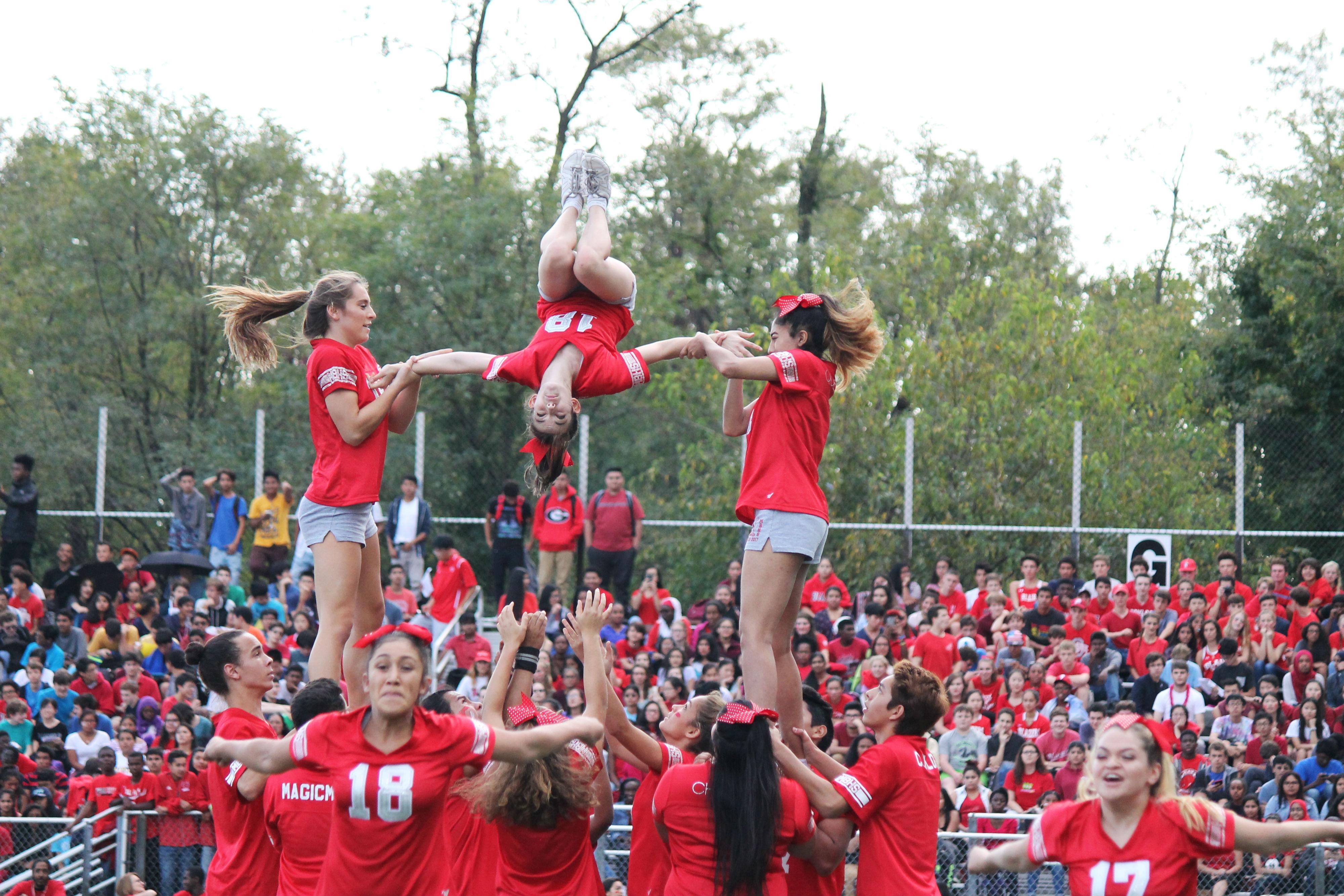 According to Fus, when the team, performed in the competition, it was the first time that all the stunts hit. "Even in our warmups a half an hour before we didn't hit everything…I think there's something to be said for the adrenaline of the moment," she said.

The team was extremely pleased with the success of the team. "To win was fantastic and more than I had hoped for," Sletten said.

At the competition, Blair's fan crowd came out in masses, and Blair won the Spirit Award. "I love Blair's crowd. I couldn't ask for a better crowd. Everyone at Blair has always been so supportive. This is our twelfth year of winning the Spirit Award," Fus said. 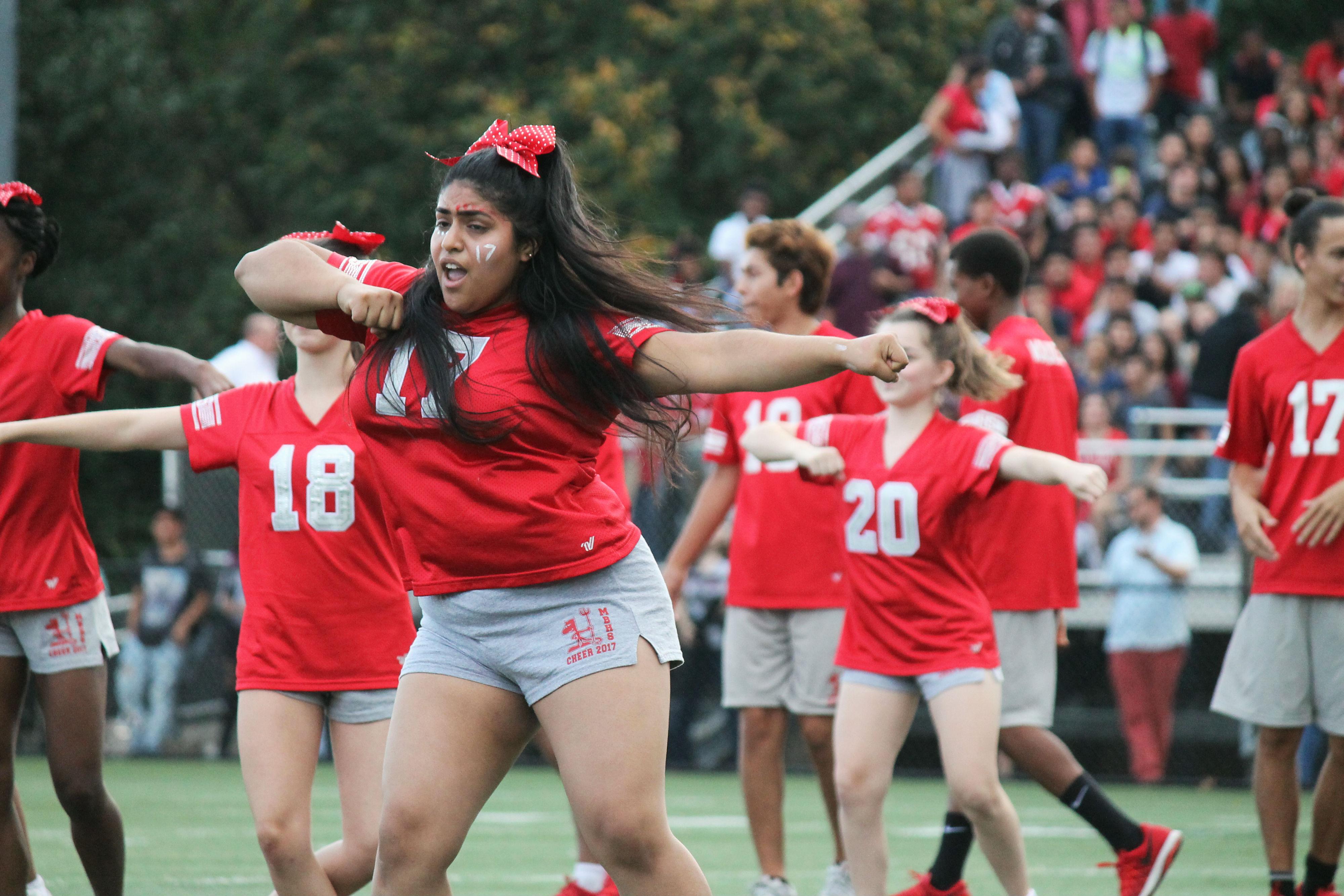 Photo: The cheerleaders perform a routine at the fall pep rally.

Photo: The cheerleaders perform a routine at the fall pep rally. Photo courtesy of Morgan Casey.

Because Blair won the championship this year and last year, the Blazers are moving up to Division I next fall. Cheerleaders who will be returning to the team next year, such as junior and three-year-veteran Bridget McCaw, were excited to compete in the higher division. "To be able to move up is a big plus for us. Definitely we're going to have to make a lot of adjustments, since it's a really hard division," McCaw said.