Akon, sisterhood and tennis shoes make for a good workout

I was sure my dancing days were done, when recently a woman approached me at a store and told me she could tell I was a dancer just looking at me. Recalling years of stranger danger training, I looked her straight in the eyes and said, "Oh, uh, okay." It was the message from this mysterious prophet coupled with Helen's invitation to try a Zumba dance class that convinced me it was worth a try. Taking our places in the class we were welcomed with shouts of, "Keep smiling!" and "Don't try this if you're diabetic!" I knew that the ugly duckling was ready to Zumba.

Zumba is a dance set to Latin rhythm and beats, 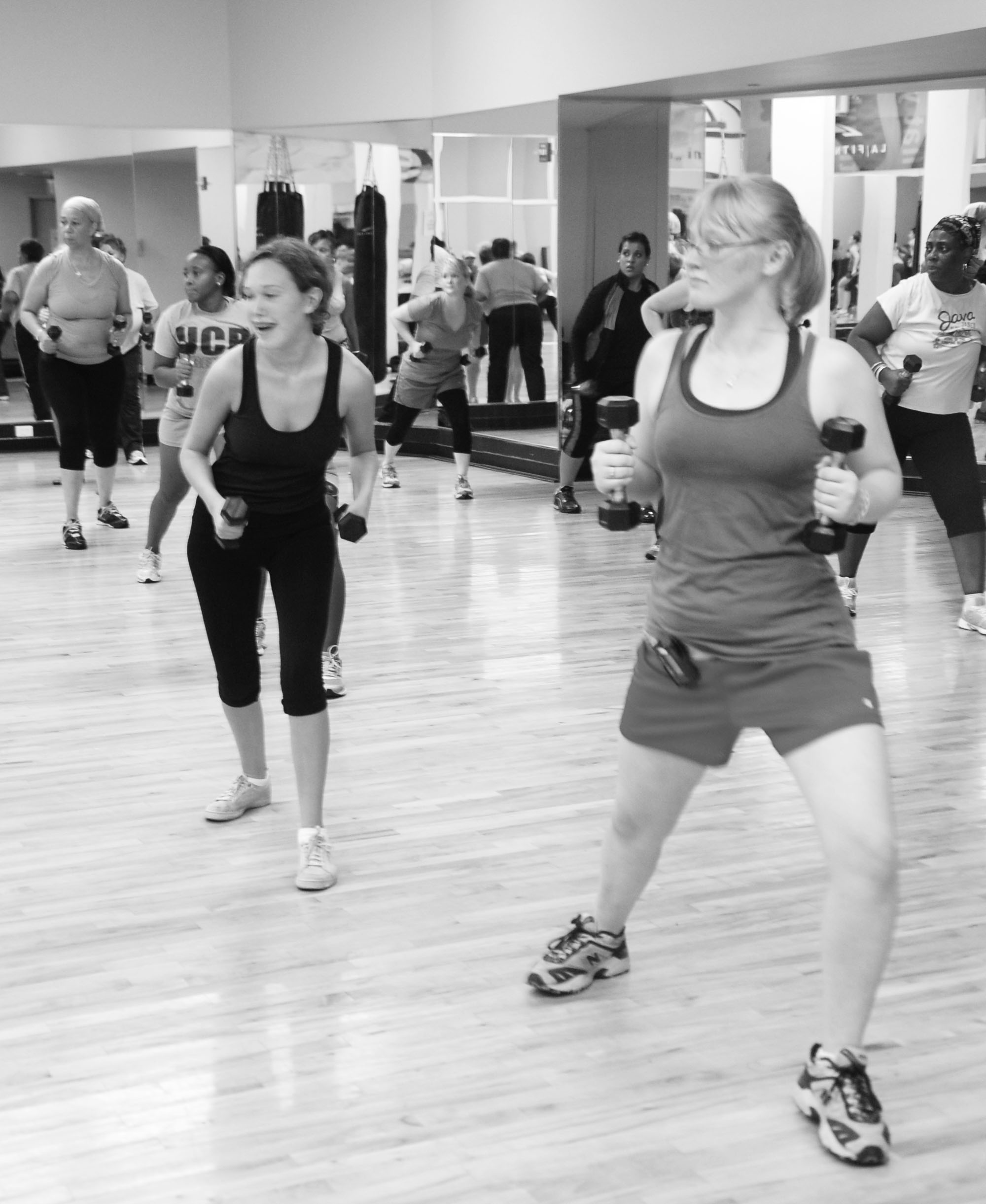 Photo: Sarah and Helen try to keep up as the class squats, lifts and bends.

Photo: Sarah and Helen try to keep up as the class squats, lifts and bends. Photo courtesy of Leah Hammond.

but there are many variations to the workout norm, especially at the LA Fitness gym in Silver Spring. There were some classic and inspiring Latin songs that were interrupted with stomping feet and jiving hands.

But about halfway through the funky Latin tunes we were interrupted by a song made famous by Slumdog Millionaire, Jai-Ho. Not too long after that dance we experienced yet another break from tradition, this time with African beats. The last little twist that our instructor Donna had in store for us was cool down dance called, "The Sexy Dance." This last dance full of thrusting and shaking is set to no other song than "I Wanna Love You." Needless to say that Zumba caters to a variety of musical tastes, what with selections from Akon to African tribal beats.

The regular Zumba crowd seemed familiar with our instructor Donna's eccentric catchphrases and could seamlessly transition as we went from "Feel the sisterhood!" to "You need to look real sexy now!" Us new kids were left looking somewhere between hot and confused. As things Donna began to step it up, she called out, "We're all in this together!" over the music from Slumdog Millionaire. I was left wondering what exactly we were "in" together, as I imagined our class as a gang of Indian children stealing shoes from the Taj Majal. 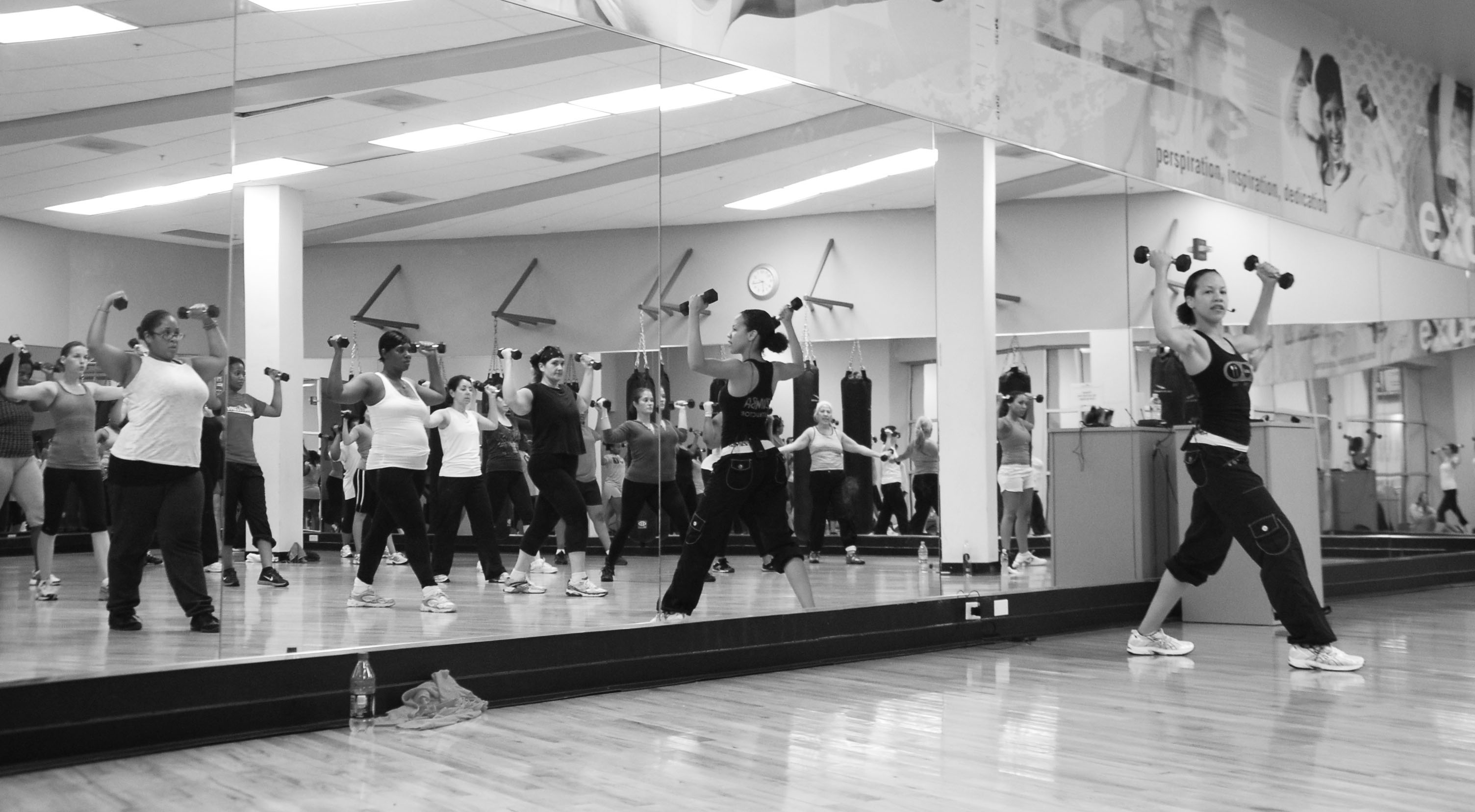 Later we kicked our feet back and ran forward, waving our arms above our head the instructor called out "Carnival!" which was perhaps a reference to the fact that we looked like the carefree vacationers featured on Carnival Cruise commercials. Donna continued to yell about how glad she was to see us smiling, leaving us all wondering, as we punched and stretched with dumbbells in hand, "Who exactly is smiling right now?" Regardless, we were pumped up by the high-energy music and dancing that, like Donna had promised, left us ready to do anything.

So Blazers, now that you're prepared from the ultimate Zumba experience, it's about time you get yourself to a class and give it a try. Zumba classes aren't so hard to come by, if you don't belong to a gym, don't worry about it, check out Zumba.com and you'll find listings for over a thousand different class locations within 25 miles of Blair, and they aren't too painful either! But once you get there follow these useful tips: The first thing any seasoned Zumba dancer will tell you is to bring a water bottle, work out clothes and some dancing shoes. But even if the right gear can't keep you from being an ugly dancing duckling, don't worry too much. With a class full of such a diverse group, there are always a few new people in the crowd and always a few ugly ducklings who you can commiserate with or chuckle at. So, whether you're currently an ugly duckling or already a sexy swan, you are ready to jump right into the wonderful, rhythmic workout world of Zumba dancing!

You can do it!

Donna Maria Rashad, our encouraging and enthusiastic instructor, began Zumba dancing after sustaining a major injury from teaching kickboxing classes. Rashad didn't want get out of shape, and decided to try Zumba instead. She describes class as "high energy dance" and hopes that her students can work hard, reach their personal goals for fitness and leave the class "feeling like they can do anything." Rashad says she likes to choose music from many different areas to try to appeal to as many students in her class as possible. Rashad's classes are offered at the Silver Spring L.A. Fitness on Sundays at 9:45 a.m., and Thursdays at 5:45 p.m.