Cold days do not mean global warming is a hoax

The president doesn't know the difference between "climate" and "weather"

"In the East, it could be the COLDEST New Year's Eve on record. Perhaps we could use a little bit of that good old Global Warming…" President Trump tweeted on Dec. 28. Trump's mockery of people who believe that climate change is real is based on the false assumption that one can make generalizations about the climate based on the weather of a few days.

In order to understand the issues with Trump's comments, it's important to first make the distinction between "weather" and "climate." According to NASA, "Weather is what conditions of the atmosphere are over a short period of time, and climate is how the atmosphere 'behaves' over relatively long periods of time." In other words, the weather determines how you dress for the day, but the climate decides what type of clothes you have in your entire closet.

You've probably heard friends say, or even said yourself, "It's so hot outside! This has to be global warming!" Really, you can't use one day's, or even week's weather to make generalizations about the climate. 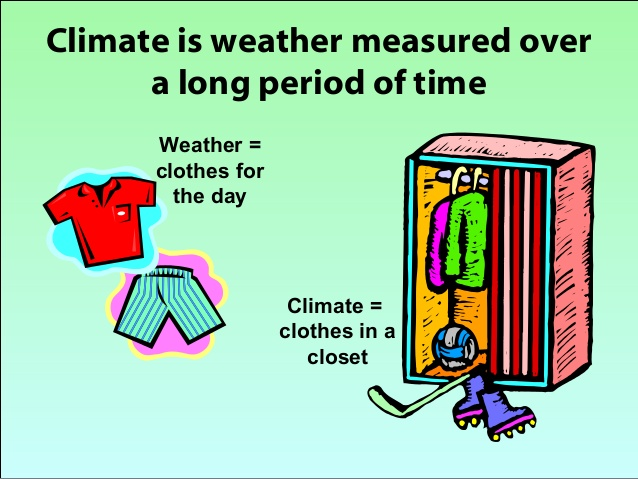 Daily or weekly weather patterns "say nothing about longer term climate change," says J. Marshall Shepherd, former president of the American Meteorological Society. For example, although the East Coast was experiencing low temperatures, the rest of the world was still experiencing the consistently raised temperatures that have become associated with global warming.

In fact, according to the

So while cold spells will still happen, although less frequently in the coming years, they don't negate a record of rising temperatures.