A scheduled repair on a Colesville Road water pipe caused congested traffic near Blair on Monday, Jan. 11. Repairs to the pipe were completed on Friday, Jan. 8, but a damaged road patch caused maintenance crews to return to the site on Monday morning when many students were arriving to school. 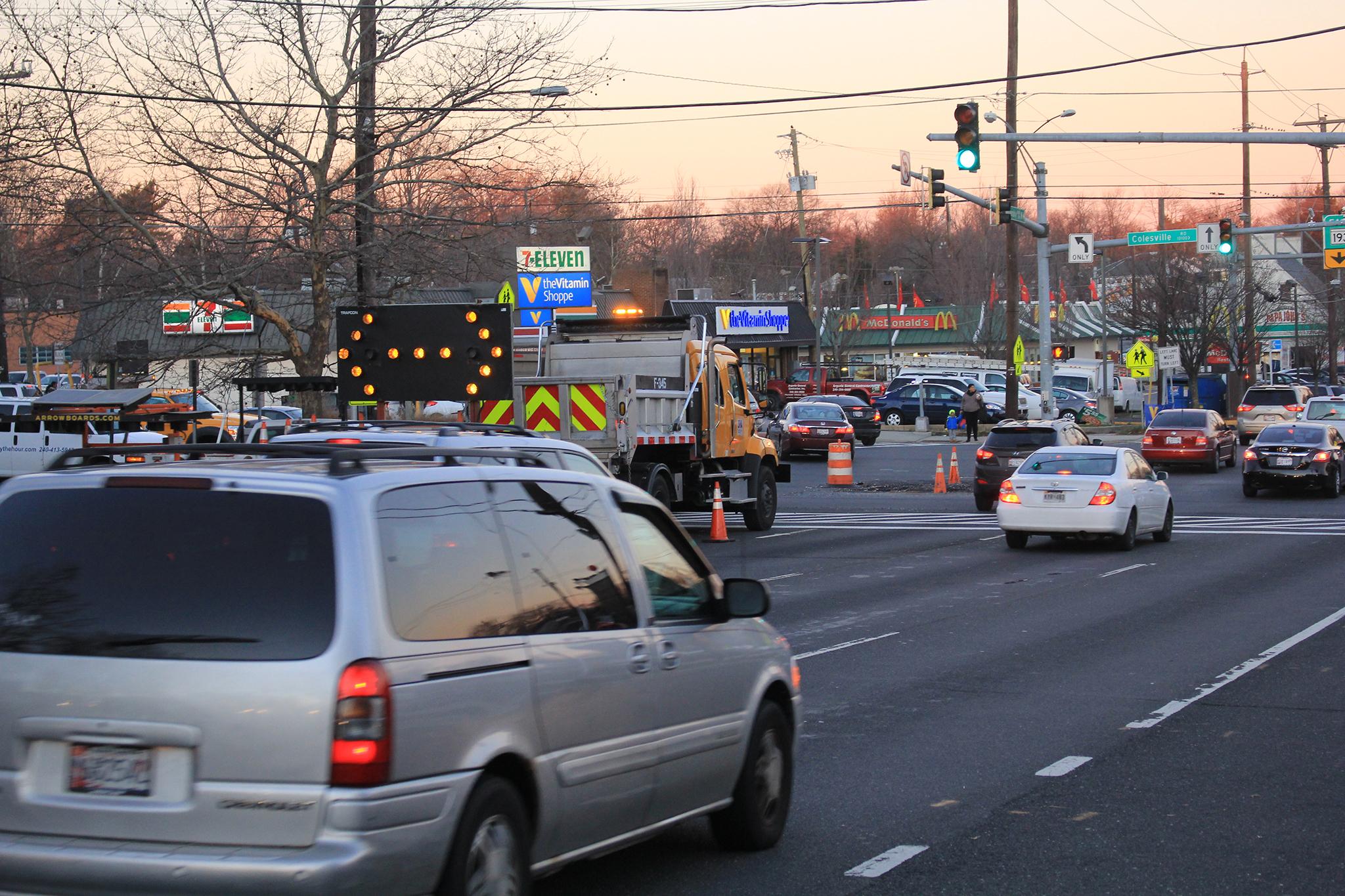 Photo: The repairs caused traffic coming into Blair on Monday.

According to Lyn Riggins, a spokesperson for the Washington Suburban Sanitary Commission, the government agency in charge of water and sewage treatment in Montgomery County, the repairs on Friday were pre-scheduled and not due to a water main break. "It wasn't a large break with water flying out of the pipe," she said. "This was preventative work, to make sure the pipe didn't get damaged further."

The new patch on the road was damaged by rain during the weekend, Riggins said. Maintenance crews returned to Four Corners on Monday morning and fixed the patch, closing a lane on Colesville Road and causing heavy traffic around Blair. Sophomore Jaya Hinton was later than usual to school due to the amount of traffic. "I come from Colesville, so there was a lot of traffic and I was stuck behind buses. Usually I get here at 7:20 but today I got here at 7:30," Hinton said. Although traffic was heavy going into Blair on Monday morning, Attendance Secretary Roxanne Fus said that she didn't notice an unusual number of late students.

According to WSSC, the issue should be resolved quickly. "I don't expect any other interruptions in the near future," Riggins said.

The related road construction over the weekend also affected many members of the Blair community. Assistant Principal Suzanne Harvey was unable to drive to the CVS at Four Corners over the weekend due to traffic. "There was only one lane open and cars as far as the eye could see," she said. "It was hard even getting off the Beltway."

As the weather gets colder, Blazers should expect more road closings and traffic delays. The age of most Montgomery County pipes--some are as old as a century--make them vulnerable to temperature fluctuations. On Jan. 6, WSSC warned customers that they should be prepared for more water main breaks.